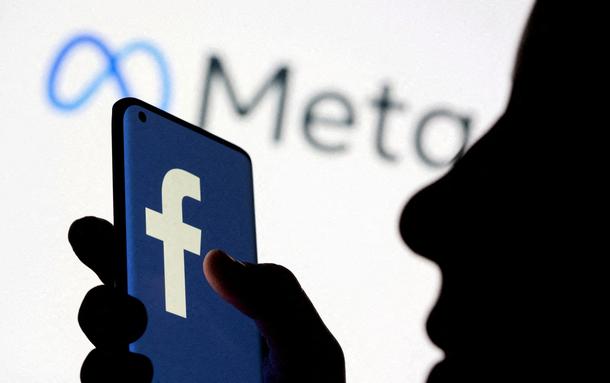 Meta Platforms, Inc (NASDAQ:FB) is down 40% in 2022. The stock plummeted following its latest earnings release, where Zuckerberg seemed less than optimistic about Facebook's future growth. While Facebook has been a great investment for over a decade, it is now facing more challenges than ever. With that said, possibilities for growth in its sector are still plentiful, and with this valuation, Meta is a screaming buy.

We saw a similar sell-off in 2018, and as we know now, buying then would have been the right choice. Will history repeat itself?

We've been here before

FB stock dropped over 20% following its latest earnings release. This may seem like a wild price swing for a mega-cap like Meta, but it's something we have seen before. More specifically during the second-quarter earnings of 2018.

In 2018, Facebook announced disappointing results and a slowdown in DAU. This prompted the stock to fall almost 20% from around $219 to $175. The Facebook stock continued to slip until it found a bottom at $122/share. However, this was also in the context of a general bear market.

In any case, those who bought the dip would have enjoyed substantial returns, even after the latest crash. Facebook has its problems, granted, but it is still a cash machine, trading at a very reasonable price.

Yes, there are problems

I'm not going to sit here and tell you that Facebook is the same company it was 5 years ago. The company is facing very real headwinds, which make it a less compelling investment.

We can hardly expect Meta to grow at the same rate as it did 5-10 years ago. The company has been a household name for that long. How many more people can join Facebook or Instagram? In the last quarter, MAUs grew by 115 million which represents a 4% YoY increase.

Slowing growth is not just a result of Facebook's natural life cycle, but also an indication of a change in consumer preferences and increased competition. TikTok has grown exponentially and has outperformed Instagram in many ways this year. In 2021, TikTok was downloaded 745 million times, while Instagram was installed 545 million times. Another interesting fact, from the same source linked above, is that TikTok users spend on average 52 minutes on the app, compared to 28 on Instagram.

With that said, Meta is now guiding revenues of $27 billion to $29 billion for the coming quarter, a less than impressive 3-11% YoY growth.

The other factor of concern for some investors is the fact that profitability could be jeopardized, and there are 2 reasons for this.

Firstly, as the company invests in growth initiatives. Most notably, the recent rebrand to Meta, showing the company's interest in the Metaverse, could be a money-sucking pit that doesn't pay out for years. For years Facebook has had a simple and reliable business model which provides high margins. Changing this could be bad for investors. We have already seen Facebook fail with ideas like the now-defunct Diem. Who is to say this won't happen again?

The other big headwind to profitability is the fact that companies like Apple Inc (AAPL) and Alphabet Inc (GOOGL) are putting out measures that limit Facebook's ability to get data from its users. In the most recent earnings call, Zuckerberg stated that changes in iOS could have cost the company $10 billion in revenues in 2021. 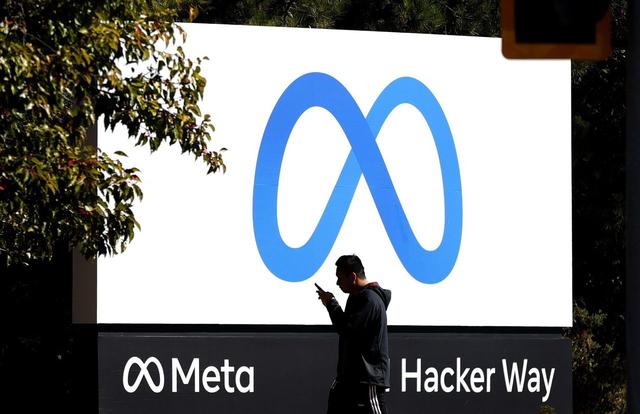 All in all, there's a solid argument against Facebook. Slowing growth, the profitability of its core business at stake, and a questionable redirection of the company, which at the very least, creates a big sense of uncertainty.

Having said that, investors seem to be hyper-focused on the risks, which have been priced in, without factoring in the tailwinds. User growth at Facebook may be slowing down, but the shift towards the "creator economy" means the company will be able to extract a lot more from its existing base. Or viewed differently, because of how new generations interact and business is made, Facebook and more so Instagram, can add a lot more value to consumers, entrepreneurs and businesses. The biggest example of this is the possibilities and evolution of "Reels", which was addressed in the recent Morgan Stanley Technology, Media and Telecom Conference 2022.

For context, Reels is our fastest-growing format. It's growing faster than Stories at a comparable time in 2018. We think that the market for short-form is large enough that there will be an opportunity for multiple players. And while it's a headwind for impression and revenue growth as we ramp in 2022, longer-term, we think it's going to be a tailwind.

Meta's CFO, Dave Wehner also pointed out that reels/short-form videos will be the biggest focus for growth in 2022. A lot of people see Reels as evidence that Facebook is behind the times and just "copying TikTok", but this is rather short-sighted. TikTok innovated and led the way, but this trend towards short-video entertainment and advertising is still a huge opportunity.

We are seeing this move happen with YouTube, which has had a great year, something which Alphabet Inc (GOOGL) also discussed at the Media and Telecom Conference. More and more businesses are moving online, this is something that COVID accelerated but is surely here to stay. In 10 and even 20 years, the average consumer is going to be very different than today.

Creating content online, growing communities and building businesses from a laptop is just the beginning. Yes, I am saying this eventually leads to the metaverse or at least a degree of it. What investors have wrong, is the idea that Facebook won't be profiting from this shortly.

The metaverse, whatever we mean by it, is not something we move to overnight. It happens one step at a time, but with every step, Facebook's platforms become more valuable, and that is something we will see happen now.

But we don't need speculation to justify an investment in Facebook. Even the most conservative forecasts still show that Facebook is a solid investment at this price.

I have talked about some positives and negatives of Facebook as a company, but what are the numbers telling us, and what kind of valuation can we take away from these prospects? I am going to take a look at a 10-quarter analysis and try to establish a reasonable 10-quarter forecast to base a valuation upon.

Let's look at the two problems that we can blame the recent sell-off on, growth and profitability, my argument is that the growth slowdown exists, but is blown out of proportion, and the profitability issue (heavy investment in innovation that may not pay off) is perhaps one that makes this a higher-risk higher-reward investment. But for all the downside assigned to Meta's new ventures, there is a lot of upside and even though we may expect a higher discount, it is still an interesting investment at this price.

First of all, revenue in the last 10 quarters has grown at a 33% CAGR, so even if we consider an ongoing slowdown, it is not unreasonable to expect a 16% CAGR for the next 10 quarters, like in the trend predicted in the following chart:

The chart above is forecasting linear growth, so a slowing growth rate would leave quarterly revenues by mid-2024 at almost $50bn, compared to $34bn in the last quarter of 2021. As I mentioned, a 16.35% CAGR.

Let's take a look at profitability and the idea that it too is diminishing. The relation between revenues and GAAP earnings in the last 10 quarters looks like this:

This chart above gives us a logarithmic trend, with earnings growing slower than revenues, which would make the relative margin diminish over time. With this function, we can predict GAAP net income of $14.8bn in the second quarter of 2024. This means a CAGR of 15.56%, with just a 9.15% annualized growth rate in the final quarter.

Assuming the same number of diluted shares as now, which is a conservative assumption, our forecast would predict $5.28 of quarterly GAAP earnings per share by mid-2024. Let's look at the range of PE ratios we have discussed and what stock price we can predict from that in 10 quarters.

As you can see in the table above, these estimates give us a range of prices between $386 and $716 by Q3 2024. Given current prices, and assuming these are reasonable expectations, that means that the stock is discounted by an annual rate of between 32% and 70%.

All in all, Facebook is looking rather attractive here. Even with a conservative estimate, the stock offers good value. But what's most important, is that investors are missing the bigger picture. While user growth is sure to slow, and no one should have expected otherwise, revenue growth will be supported by the increased role that social media platforms will have in tomorrow's economy. Facebook offers tools, and these tools have yet to be fully exploited and the metaverse represents the next iteration of this tool.