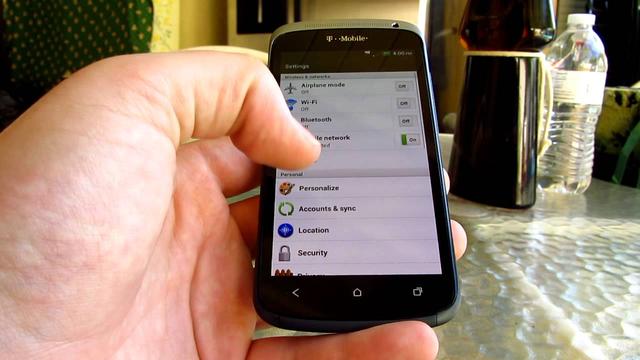 www.androidpolice.com HTC One X and One S: Where modern Android smartphone design began

It's been just over ten years since HTC released some of the hottest Android phones of the early 2010s: the One X and the One S. At that time, I was merely a 17-year-old high school student looking for my first proper smartphone, and these guys stood out from the crowd immediately thanks to their sleek aluminum casing and some impressive hardware specifications to match — something that can't be said for many plastic-galore Android phones of the era.

Ten years later, so much has changed. Nvidia, the company that provided the Tegra processor for the HTC One X, hasn't been in the mobile devices business for ages, HTC doesn't make smartphones anymore (or does it?), and phones are just so much bigger and more powerful than we could ever imagine back then. Nevertheless, the HTC One S and One X were some of the most Desire-able smartphones of the time, and they have certainly earned their space in the smartphone pantheon.

Looking at the HTC One S, it has aged more than gracefully. Compared to the increasingly assimilated glass and metal slabs of today, this phone has character. Its aluminum unibody design wraps around the back and the front, visually offsetting the signature HTC speaker grille at the top — with lots of bezel around the screen. The design is only interrupted by some big plastic chips at the top and bottom of the phone, providing access to the SIM card and giving the radio wave space to pass through.

Meanwhile, the more high-end HTC One X went for a fingerprint-loving polycarbonate look with an uninterrupted back panel but otherwise mimicking the exterior design of the One S. One of the quirkier design features of both phones is the side-mounted micro-USB port, which you rarely see anywhere else than the bottom of a phone these days. Both phones' batteries weren't removable, though — they're some of the first Android devices to start that despicable trend. 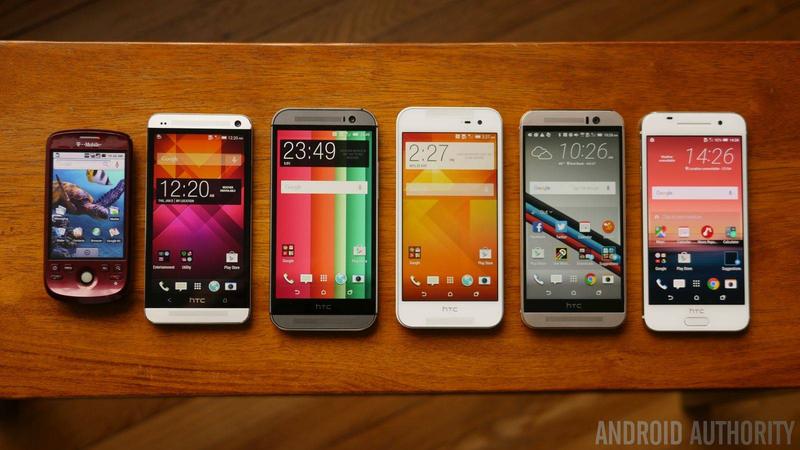 Both devices also come with something that you won't see on any modern Android phone anymore (no, I'm not talking about the headphone jack, which they also both include): Capacitive navigation buttons. While many other phones at the time, like the Galaxy Nexus, just transitioned to on-screen buttons over physical ones, the HTC One series stuck with them. While that gave users more screen real estate, the solution also didn't play well with those legacy Android apps still relying on the now-defunct options menu, with a big, black bar popping up at the bottom of the display in those apps that still relied on that archaic interface element. Android has truly matured immensely over the last decade.

Back in our review of the One S, we wrote that "both devices are truly at the pinnacle of modern handset design, and mark the beginning of a new era for the look and feel of Android phones." Looking back, I can confidently say that yes, they are truly a milestone in Android product design, even ten years later. Particularly their ergonomic, curved backs are still unmatched today.

Looking at 10-year-old phones also makes us appreciate just how far technology has come. The One S and the One X sported 4.3 and 4.7-inch sub-HD screens, 1GB of RAM, up to 32GB of storage, and sub-2,000mAh batteries. These days, their top-of-the-line processors seem like a joke, with the One S' dual-core Qualcomm MSM8290 processor and the HTC One X's very special Nvidia CPU. That's right — Nvidia. Back then, we thought that the company wanted to enter the smartphone markets with its own processors rather than simply trying and failing to buy Arm.

Still, for the time, I remember the One S being one of the fastest and sleekest phones out there that was incredibly fun to use — even if I was unlucky enough to get a unit that simply wouldn't connect to mobile networks.

HTC Sense — back when Android skins were a real differentiator

I also particularly fondly remember HTC Sense, version 4.0 here. While it's clear that the HTC look was getting a little long in the tooth compared to stock Android 4.0 at the time, it was a design that has been screaming HTC for years and was just such an identifying feature. I particularly still love the default flip-style clock widget embedded in this UI, even though it would look incredibly out of place in today's much more restrained design.

I know that HTC Sense was a particularly cumbersome skin, disliked by many at the time. In 2012, I didn't care that much about what Android really was, or how the underlying system is different from the skin you see — I just dug the look much more than Samsung's bloated TouchWiz. I didn't really hear about all that "stock Android" fuss until much later when I got the Nexus 4, which is, of course, a whole different story.

We also have to remember that stock Android was still pretty barebones back then. Therefore, it's just nice that HTC added a few crucial features to enhance the experience, including a flashlight app, a voice recorder, and a notes app. HTC Sense even came with a landscape car mode before it was cool.

Looking back at our One S review video, it's also surprising just how many design elements Google has recycled for the last few versions of Android. The overscroll animation in the settings app sure reminds me a lot of how things are today in Android 12, and the vertically scrolling Recents overview is also pretty similar to the version Google has settled for today.

We may not think that too much has changed over the last few years in the smartphone industry, but looking back at phones from 10 years ago, it's clear that smartphones have gotten so much more powerful and bigger. It's also shocking to see how many Android features we take for granted these days were initially just part of a custom software skin like HTC Sense.

The HTC One S and One X pushed the industry forward on the hardware front with their sleek, unibody-like designs that were unheard of for Android phones until then. It's clear that they were industry-leading devices that moved hardware design forward. Even if HTC may no longer be around to make smartphones, its legacy is very much still what Android phones today are built upon.