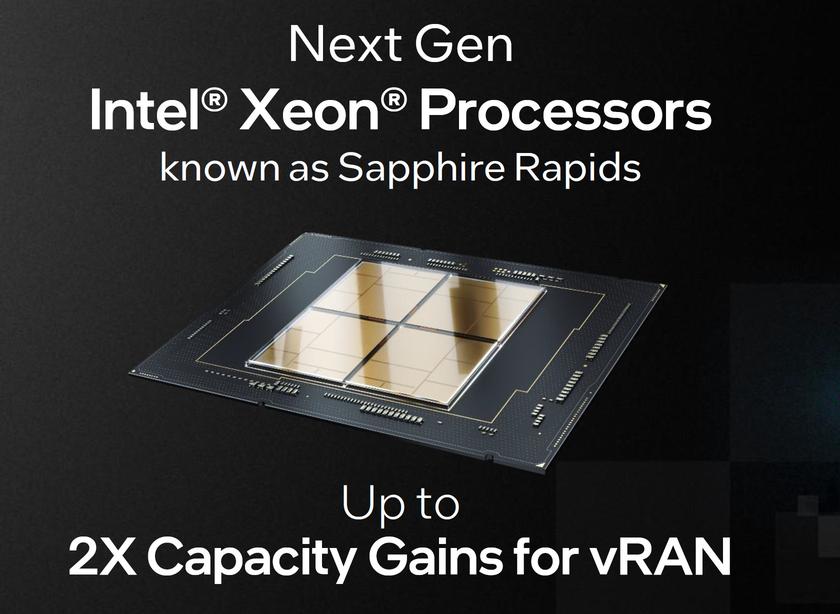 15 news bits you can use before MWC

If you don’t receive TMN’s newsletter, then it’s very easy to get signed up. Just need a name and an email.

HPE took the wraps off new private networks products that it says differs from other private mobile network offerings in two ways.

One, it has designed an interface to enable enterprises, and IT managers that are more used to WiFi, to get a degree of control over the deployment. It’s a question of balance, TMN was told. Businesses don’t need the same level of control over the core network as an MNO, but they do need some visibility into the setup, provisioning users and selecting core functions to invoke.

Second, the set-up is designed to work together with WiFi, with cross-network authentication and session handover for users and devices, using Aruba AirPass.

HPE has worked with radio vendors to make its core software stack available as an in-a-box capability, based on the HPE Edgeline EL8000 Converged Edge system, or as a distributed cloud option that has user functions at the edge and central control functions further back in the network. It said that it is working with radio vendors to pre-validate the solution to reduce time to market for enterprises.Airspan is one vendor it has named so far.

2. Intel fights back on vRANIntel, which faces attacks from rival chip vendors and also from some operators that its architecture is challenged by vRAN workloads, said that its new Saphhire Rapids design would deliver up to two times capacity gains for virtual radio access network (vRAN) deployments.

The company said that new 5G-specific signal processing instruction enhancements in the Sapphire Rapids core – built to support RAN-specific signal processing – will deliver up to two times capacity gains for vRAN and support advanced capabilities like high-cell density for 64T64R Massive MIMO.In addition, the Sapphire Rapids family will be built out with new chips with integrated acceleration that are optimised for vRAN workloads.

That forms an Intel fightback, not that it would support that sort of messaging, against “inline” acceleration from the likes of Qualcomm and Marvel, as well as growing support for ARM based sikutions, to support specific vRAN workloads.

vRAN wasn’t the only thing on Intel’s mind. It was also discussing new platforms for advanced inferencing aengines at the edge, and also to support User Plane Functions in its Smart Edge portfolio. You can see all Intel’s MWC22 press materials here.

We weren’t making it up about Marvell. This week it announced the Dell Open RAN Accelerator Card – a new in-line 5G Layer 1 processing card for vRAN products.

Designed for Dell PowerEdge and other x86-based servers, the PCIe accelerator card is based on Marvell’s OCTEON Fusion chip.

Last week’s newsletter carried news of a similar product to Dell’s, coming from HPE. HPE said it was bringing a new vDU to market, inserting an accelerator card based on Qualcomm’s X100 5G RAN into the HPE ProLiant DL110 Gen10 Plus Telco Server. Dell’s accelerator card is designed for x86 servers, including Dell’s, of course.

The announcement got the nod of approval from Vodafone’s Andy Dunkin, who has been leading on Open RAN solutions at the operator for years now. SoC and silicon support for vRAN and Open vRAN workloads has been an issue for operators for a while now – keep an eye this week for more announcements or announcements about announcements!

4. A5G but what 5G?Semi-stealth start-up A5G Networks, formed by former Parallel Wireless brains, said it was in a pilot for a private networks use case with Vodafone India (Vi). It describes its software as enabling a network of networks, via cloud core software, analytics and optimisation.

TMN is speaking to A5G at MWC next week where we hope to discover just a little bit more about what this means.

5. Love this stuffYou may have heard of 5G Standalone. That’s the option that lets 5G radio networks exist without requiring an anchor connection to the 4G Core (the other mode is known as NonStandalone – NSA).

Well, this being telecoms, there are in fact different ways of implementing 5G SA. Of course there are.

This week Samsung and SKT said they had implemented Option 4 (a 3GPP specified option for deploying SA) that is also known as NE-SA. This connects the 5G and the 4G radios to the same 5G core. This being telecoms the N stands for New Radio and the E stands for E-UTRAN which of course means LTE which as you know means 4G. Well don’t blame us.

Look, what it means is that an operator could connect its 4G and 5G radios simultaneously to the 5G core, meaning a user can get LTE and 5G connectivity at the same time. It’s a bit like EN-DC, which is the means by which operators with NSA networks give users dual connectivity (DC) to LTE (E) and 5G (N) networks. But instead of the LTE node acting as the “master”, the operator uses the 5G radio and core as theboss. Why? Well it means that it can then invoke 4G capacity, say at lower frequency bands, for a 5G service or, in time, a 5G slice.

6. Ethernity – still like that namePleasingly named Ethernity said that it will have a new Disaggregated Cell Site Gateway product available in July. DSCG’s are products developed in line with TIP’s requirements, giving operators an open, programmable backhaul and cell site router option with which to link radio units with the core network.

The new product – UEP2025 – will have multiple 10/25 GbE ports and is powered by a single FPGA SoC implementing both the CSR data plane and the link bonding (wired and wireless connections).

Ethernity CEO David Levi said, “UEP2025 is the ultimate tool in enabling a truly disaggregated Radio Access Network. While other vendors have L1 bonding features, they lock the service providers into using their proprietary radio. Ethernity offers service providers more flexibility and choice in which wired or wireless radios they use in planning their network infrastructure.”

7. A plan coming together?

The GSMA Foundry Telco Edge Cloud (TEC) project brings the industry together to collaborate around a number of pre-commercial trials of Telco Edge Cloud capabilities with app developers and service providers.

The Bridge Alliance FEH is a platform that interconnects the MEC of its member operators. MobiledgeX’s federation capabilities enable mobile operators using its Edge-Cloud platform to interact with other operator platform instances.

GSMA kicked off activities over two years ago to try and federate mobile operator edge networks, and get a consistency of development platform a couple of years back. Notable that it has some projects to talk about this week, as the public cloud players make further incursions into the sector. MobiledgeX, whose CEO Jason Hoffman heads up the technical bit of this programme, has talked before about the potential operators to use the edge as part of a unified cloud strategy. That means building a cloud that is native to edge, and not an edge that is native to cloud!And here’s Hoffman outlining that to TMN here.

8. STL ought to run deepIndian company STL has announced a strong new roster of 5G and Open RAN products, which will form part of its 5G showcase exhibited at #MWC22.These include new small cells (announced November 2021), new O-RUs, a RIC offering and programmable FTTx.

9. Nokia UBT radioNokia has a new backhaul radio, the UBT-T XP Dual Band radio. The dual bands are at 6 GHz and 11 GHz, with a 2.5Gbps capacity.

10. Pharrowtech ploughs mmWave fieldmmWave chip designer Pharrowtech launched the PTR1060, which it says is “the world’s first IEEE 802.11ay-compliant CMOS RF chip for indoor and outdoor wireless use cases that supports the full 57 to 71 GHz bandwidth”.

11. OpenBeam opens up Open RU choiceMavenir packaged up the O-RAN compliant Radio Units (RUs) that it inter-operates with into an RU portfolio called OpenBeam. The idea is clearly to showcase the width of choice that operators have to match Mavenir O-DU/ O-CU software with radio units.

“We have engaged with customers globally to curate a comprehensive O-RAN portfolio that addresses the needs of both private enterprises as well as traditional communication providers” says Rajesh Srinivasa, Senior Vice President of Radio Business Unit at Mavenir.

12. DT and Ericsson slicingEricsson and DT have demonstrated slice management end to end across borders. Using Ericsson core software, a user plane function was placed in Poland, and managed by an Ericsson orchestrator in Deutsche Telekom’s network in Germany. An SD-WAN was used to control access in the international set-up, giving the carrier the ability to offer multi-national, coordinated slice control.

DT seems to be one of the operators most committed to proving out slicing capabilities, and here used APIs from TM Forum to interface with the network functions.

13. Starting up Liquid CrystalSmart antenna start-up, ALCAN Systems has said that Liquid Crystal-based technology can be integrated into a range of telecom antenna solutions to help deliver mmWave deployments.

ALCAN came out of Darmstadt University, with 14 year’s research behind it. I was established to develop Liquid Crystal (LC) based phased array smart antennas. ALCAN says this offers electronically reconfigurable beam-steering technology at a lower cost compared with typical silicon-based options. The antennas can be integrated into CPE, repeater, and Reconfigurable Intelligent Surface-Based antennas (RIS), along with land mobile solutions.

The technology has previously been used to serve the satellite market, but with Liquid Crystal allowing for a naturally low-profile form factor at a relatively low cost, ALCAN thinks it might enable more economical mmWave 5G equipment.

Cohere Technologies announced new money and new product, this week. The money – $46 million – came from a range of backers, including Koch Investments Group, which has an existing stake now in Mavenir. Other investors included VMware and Juniper Networks, who have both engaged with Cohere on trials of their RIC platform, and Intel Capital.

The product came in the form of a new capability to apply its technology across FDD 4G and 5G TDD radio. Cohere says it can double spectral efficiency by using its delay doppler-based channel predictions. It makes this available as a Spectrum Multiplier xApp, or as technology that can be integrated by radio vendors.

The publication of the OpenRAN Release 2 Roadmap harmonises the prioritised operator requirements with vendors’ product readiness. The idea is to enable Project Group activities to proceed more efficiently, while also providing a path to commercialiszation via TIP’s Test and Validation framework.