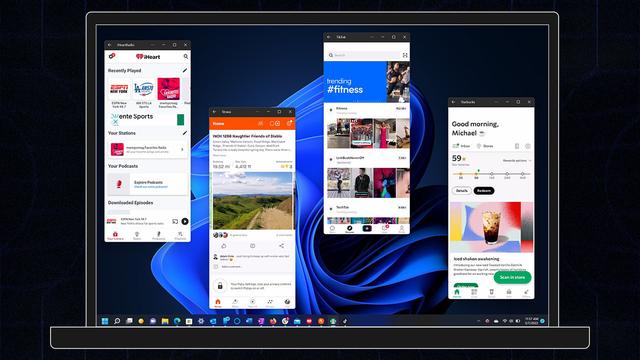 Disclosure: Most of the companies mentioned are clients of the author.

Microsoft just posted an update on Windows 11 that includes several interesting new features. Since we are still early in the Windows 11 life cycle, Microsoft remains focused on adding capabilities rather than pushing them off until Windows 12. (This is the “free gift” period of the operating system’s evolution, and it is often fun, sometimes frustrating, and almost always entertaining.)

The part I’m focused on is the integration of Android apps and why it might make various cell phone integration efforts from Dell, Intel, and even Microsoft redundant. Let’s explore.

At CES earlier this month, all three companies showcased apps that connect your smartphone to your PC with varying levels of interoperability. The benefits are that you don’t have to pull out our phone to use the apps on it and can access those apps from your connected PC. If you want, you can put your phone next to your keyboard to serve as another small notification screen. 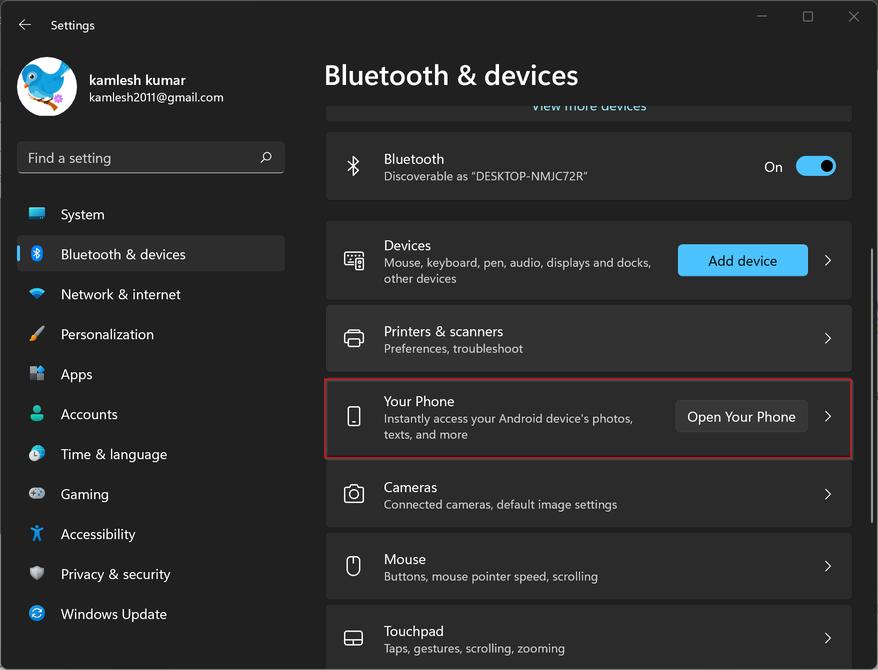 Now, having a screen that you normally view 12 to 18 inches from your face sit nearly twice that distance away can be a distraction. Plus, you’re more likely to walk off and leave your phone behind — and leaving it active on your desk could be a problem. Smartphones are increasingly used to help protect your identity and assure that unauthorized people don’t mess with either your PC or smartphone.

For me, the risk of leaving my phone behind means I won’t put it on my desk; I haven’t found the phone connection apps useful enough to risk forgetting my phone.

If you can run your Android apps on your PC, the main reason for bridging the two devices goes away. You can keep track of those apps on your PC and your phone can stay in your pocket, pouch, or purse. Given that today’s Android apps largely sync with each other, it would seem you could get most of the benefits of a connected smartphone without having to actually connect it. If you need another screen, get one. It’ll be larger and more conveniently placed than a smartphone. (My desk is slightly slanted, so my smartphone regularly slides off onto my tile floor, which can crack the screen or dent the phone.)

Microsoft is pushing this app integration because, much as Apple once depended on Microsoft for its productivity layer on Apple computers, the move does give a lot of control to the firm that owns the apps. In addition, Android apps are designed for small screens and typically don’t scale well, so they don’t really compute much with native Windows apps. But those limitations could be addressed by Google, creating a strategic risk for Microsoft. Google still hasn’t fully thought through its Android/Chrome OS strategy, though, so while this is a potential risk for Microsoft, it hasn’t begun to emerge yet.

Finally, Microsoft could wrap the Android apps to both make them more useful on a PC and ensure they don’t turn the Windows platform into a proxy for Google. I think the ideal path for Microsoft is to think of a hardware design that could make current PC and smartphone designs obsolete. It is way past time that these similar-in-capability platforms began to integrate, if not merge, at a far deeper level. In that case, Android app compatibility would be needed.

The disruption of integration

Microsoft’s latest updates to Windows 11 point to the coming integration of Android apps. Once it’s mature, it could render the tools from Dell, Microsoft, and Intel that connect PCs and smartphones obsolete — at least on the Android side. iOS apps don’t, and probably never will, run on Windows. For iPhones, the only path likely will be connecting the devices — unless Apple comes up with better integration between iOS and macOS. (This is extremely unlikely, because Apple doesn’t want the two platforms to integrate. Any such move might stop customers from buying both Apple laptops and desktops and iPhones, adversely hitting company revenue.)

For Microsoft, the move to place Android apps on Windows 11 arguably begins the merger of smartphones and PCs. And it suggests the emergence of a blended future, where one device can deliver what two do now.

It will take a few years, but this Android integration — depending on how this growing integration evolves — suggests there is another big disruptive personal technology event in our future.