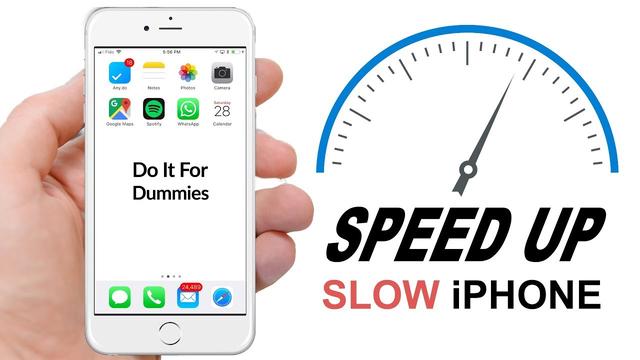 How to Speed Up a Slow iPhone

Since “upgrading” your iPhone isn’t possible without buying another one, it can be frustrating when your smartphone begins to slow down. So how do you know if it’s the natural aging process or not, and what exactly can you do about it?

What Causes a Slow iPhone?Restarting Can Fix Software IssuesDisable Low Power ModeConsider Replacing the BatteryFree Up Some SpaceDitch Your WidgetsScan Your Face or Fingerprint AgainDisable Transparency and Motion EffectsYMMV: A Hard Reboot May HelpUpdating Your Phone Can Help (Most of the Time)Consider Erasing Your DeviceYou Can Always Take Your iPhone to Apple

What Causes a Slow iPhone?

A slow iPhone can be caused by a range of issues. The most obvious one is aging, a problem that will affect all smartphones eventually. Since newer iPhone models are faster, with more cores, better GPUs, and more RAM; the latest software is made with performant devices in mind rather than older hardware.

Apple will generally support iPhones for around seven years from when the device was first manufactured. This covers software updates, but also service for items like batteries or replacement displays. Your iPhone will probably start to show its age well before then.

RELATEDHow to Update an iPhone

For modern devices, performance problems may be due to software problems. This includes bugs in iOS, the iPhone’s operating system, which may be patched out at a later date. This is why it is recommended that you update your iPhone to the latest version of iOS if you encounter problems.

Hardware problems can also cause slowdown, which may be due to manufacturer error or physical damage. For example, batteries degrade as they age and some may get to a point where they cannot deliver adequate power without draining unacceptably fast

Slowdown may present as long pauses, for example when unlocking your device. You may notice that your device is jerky and unresponsive, like when scrolling the home screen or a long web page. You may even encounter more crashes when doing more memory-intensive tasks.

You can benchmark your iPhone using a free app called Geekbench. This can help you gauge whether any of the tips below have had a marked improvement on your device’s performance. Keep in mind that synthetic benchmarks like this aren’t always necessarily indicative of real-world performance, so take your results with a grain of salt.

But first, some advice that has been passed down through the ages: if in doubt, turn it off and on again. If your iPhone has just started acting up and you haven’t tried a power cycle, it’s a good place to start.

RELATED: Why Restarting Your Phone Makes it Perform Better and Fixes Common Issues

Low Power Mode (LPM) is useful for preserving battery life, but that added juice comes at the cost of performance. You can see this when you benchmark your device with LPM enabled, since your scores will be much lower.

Turn off the feature by toggling Settings > Battery > Low Power Mode. You can also disable it using Control Center or automate it using Shortcuts.

If your battery is in bad shape, your iPhone may underclock your iPhone to preserve battery life. The idea here is that an iPhone that runs slower consumes less power, which means your battery will last longer. 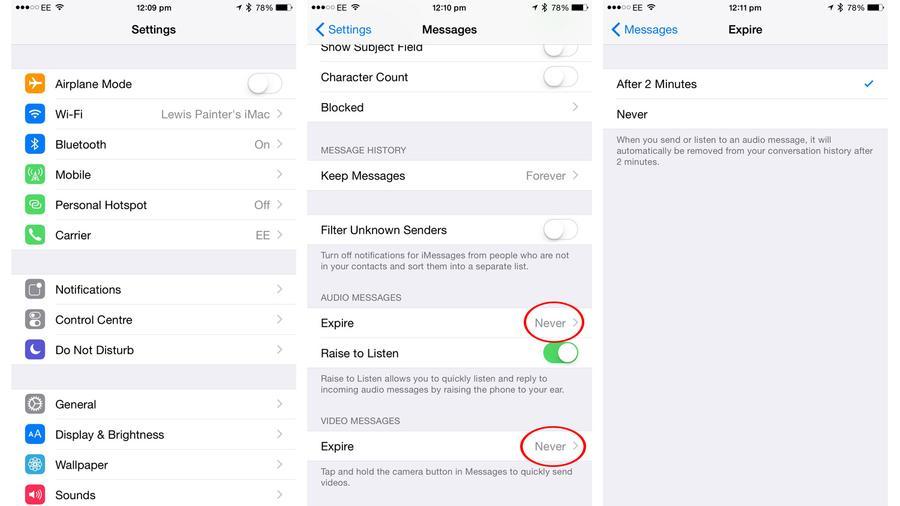 Generally speaking, batteries only last a few years under regular use. There’s no golden number, but a “Maximum Capacity” of 70% means your iPhone has lost over a quarter of its total runtime. Whether or not performance issues have set in, replacing your battery at that stage is a good idea unless you’re planning on replacing the phone entirely.

Free Up Some Space

Head to Settings > General > iPhone Storage to take a look at how much free space you have, then get rid of apps and other things to free up space. One simple way to free up anything from a few hundred megabytes to whole gigabytes of space is to delete your internet cache under Settings > Safari > Clear History and Website Data.

iPhone widgets allow you to access information like the weather forecast or stock information on your home screen. They’re nice to have, but they are potentially slowing your smartphone down especially if it’s an older model. Consider ditching your widgets to see if performance is improved.

In particular, custom widgets that pull data from unorthodox sources and custom icons are known for slowing down performance on your iPhone.

Scan Your Face or Fingerprint Again

Does unlocking your device feel slower than it used to? This can be a side-effect of an aging iPhone, but it could also be down to slight differences in your appearance. If you use an iPhone with Face ID, consider re-scanning your appearance under Settings > Face ID & Passcode.

You can also rescan your fingerprint if you have an iPhone that uses a Touch ID sensor instead under Settings > Touch ID & Passcode. Cleaning the Face ID and Touch ID sensors may also help.

Older devices have less powerful graphics capabilities, which may result in poor performance in areas where transparency is used. Head to Settings > Accessibility > Display & Text Size and enable “Reduce Transparency” to turn off this effect.

Motion effects include the fancy animations that play when you access the home screen. Turning these off may help older devices, and at the very least will give the illusion of a slightly snappier interface. You can do this under Settings > Accessibility > Motion by enabling the “Reduce Motion” toggle.

YMMV: A Hard Reboot May Help

There are rumblings in some circles that restarting your iPhone using the standard “proper” method isn’t always enough. Some users claim that Apple has instructed them to “hard” reboot their devices and that they’ve seen performance gains by doing so.

We can’t vouch for the results but you can try it for yourself if you’re having problems. Keep in mind that this is like disconnecting the battery directly or pulling the power cord out of your computer. It could lead to data loss in some apps.

This trick should probably only be reserved for modern devices that are behaving abnormally slow.

Updating Your Phone Can Help (Most of the Time)

Updating your phone may fix bugs that cause performance issues, so consider heading to Settings > General > Software Update and installing any outstanding patches.

But this is a double-edged sword when it comes to major updates, especially on older devices. Many users report problems with early versions of major iOS upgrades (for example going from iOS 14 to iOS 15) and these tend to hit older devices hardest.

In this instance, you may want to wait until Apple rolls out the inevitable stability fixes before upgrading as soon as the latest version is available.

If things are really bad, you may want to erase your device under Settings > General > Transfer or Reset iPhone. You can choose to “Erase All Content and Settings” which will delete everything on your iPhone.

You can then restore from iCloud or iTunes backup, but sometimes Apple advises against this if a software issue is suspected to be causing your issue.

You Can Always Take Your iPhone to Apple

If you take your iPhone to Apple (even if it’s out of warranty) the company can run diagnostics on your device to catch any obvious issues. You won’t be charged unless you agree to have work done on your device, so there’s little to lose.

RELATEDHow to Make an Apple Store or Genius Bar Appointment

By far the most common problems that will be detected are related to the battery. iPhone battery replacements are relatively cheap, but if your device is very old you may want to put your money toward a replacement (that will last longer instead).

Consider if now is the right time to replace your iPhone. You can always try to replace the battery yourself or have a cheaper third-party do it instead.