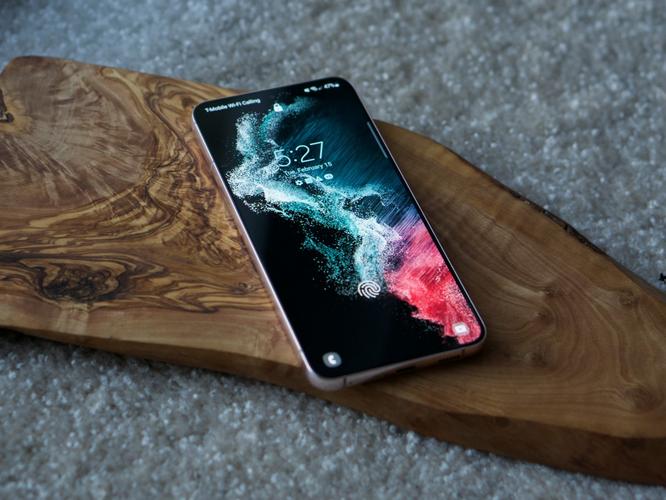 Samsung’s Galaxy S phones have long been the golden children of Android’s mobile dynasties. The brand new champion of the Galaxy S brood, the S22 Ultra just bagged a five-star review, but where does that leave the S22 Plus, its slightly smaller sibling, complete with a more vanilla styling and pared-back specs?

The S22 Plus carry forward the same highlights that made the Galaxy S21 and S21 Plus smart options – more compact bodies than the Ultra, the same core interface – One UI, and most importantly, a lower price.

While the S22 Plus is cheaper than the Ultra though, at £949, it’s still a pricey contender. It’s also going up against some more affordable competition – the Google Pixel 6 Pro, OnePlus 9 Pro, and likely Xiaomi’s upcoming 12 Pro. So is Samsung’s polish worth paying a premium for, or does the Plus pale in the face of the S22 Ultra and lower-cost alternatives?

The S22 Plus builds on the design language of last year’s S21 Plus, showcasing clean, smartphone-by-numbers, iPhone-a-like styling, complete with a rich-to-the-touch frosted glass back.

The whole S22 series introduces Gorilla Glass Victus Plus to the line – a version of the tempered glass exclusive to Samsung, and it’s matched with an Armour Aluminium frame and IP68 water and dust resistance. These factors make the phones hardy – though far from drop-proof, while the colour options add a touch of softness and style to the mix.

Widely available in Green, Phantom Black, Phantom White and Pink Gold, you can also pick up the S22 Plus in Cream, Graphite, Sky Blue and Violet exclusively online. Matched with a great in-hand feel, there’s absolutely nothing wrong with the S22 Plus’s styling – but the phone isn’t as striking as the Note 20 Ultra or Pixel 6 Pro.

The S22 Plus’s screen measures 6.6 inches, with Dynamic AMOLED 2X technology at the heart and a 120Hz refresh rate. The phone’s 240Hz touch sampling rate is a fair bit slower than some of the most responsive phones we’ve seen – OPPO’s new Find X5 Pro, for example, features a 1000Hz sampling rate which should be great for gaming. Nevertheless, for anyone who prefers flat screens to curved ones, the S22 Plus’s image quality is probably the best you can get right now.

On top of sky-high brightness – 1700 nits, the S22 Plus packs Samsung’s Vision Booster, which brightens up parts of the screen but not others for power-efficient, effective picture boosting in bright environments. We didn’t have such sunny climes in London during Storm Eunice to test this out fully, but in our studio conditions, it looked great and viewability was excellent.

The accolades keep on coming, with the S22 Plus supporting HDR10+, so the phone shows off a broad tonal range, and in the flesh, it marries stellar viewing angles with natural colour handling. Probably the weakest spec is its screen resolution – Full HD+, which puts the phone’s pixel-density below 400 pixels-per-inch – lower than most flagships. Unless you’re looking at it with a microscope though, you’ll unlikely notice a shortfall in clarity.

The S22 Plus ships with Samsung’s new One UI 4.1 on top of Android 12. That means excellent app support, top-quality security features and loads of customisation options. In fact, other than the S Pen support, its interface and performance, in general, are virtually identical to that of the pricier S22 Ultra.

While it delivers flagship performance, therefore, and remains cooler than comparable Snapdragon 8 Gen 1 phones we tested, it doesn’t quite benchmark as well as some of the competition. What’s more, when playing back demanding games like Genshin Impact, the Plus drops some frames when compared to the Snapdragon-toting OPPO Find X5 Pro and Red Magic 7.

The lower frame rates could be owing to the fact the S22 series ships with a 4nm Exynos 2200 processor in most regions – the version we tested, while in China and the US, the phones are powered by a Qualcomm Snapdragon 8 Gen 1. Given the more limited nature of the Exynos chip, optimizing for it might take a bit longer.

Available with 8GB RAM and either 128GB or 256GB storage, even power users should have plenty of space for all their stuff, so the lack of an SD card slot will unlikely be too much of an issue.

The volume of Samsung’s new S22 Plus packaging is down 19 per cent when compared to the S21 Plus box, which saves on materials and shipping impact. That makes it less than half the volume of pretty much every competing smartphone maker’s packaging other than Apple. Samsung’s also opts to use recycled plastic for the S22 series’s phone materials, while the box and other packaging are plastic-free.

There’s also no power brick in the S22 Plus’s box. Any USB-C cable plugged into a power source should work to power it up – and if you’ve got a 45W charger for your Tab S7 Plus or Tab S8 Plus, you can charge your S22 Plus in double time.

It isn’t just more pixels that the S22 Plus introduces over its predecessor. It also packs more optical zoom when compared to the S21 Plus – three times zoom to be precise, which makes a big difference in real-world situations. 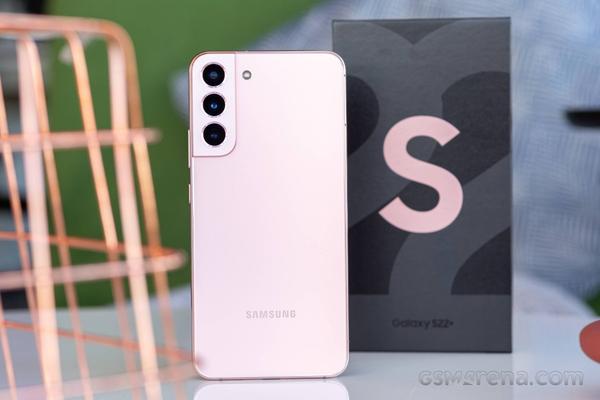 The whole imaging experience on the phone is strong, even if it isn’t always class-leading. Detail from the main camera impresses with sharp focus points and a pleasing amount of depth blur when capturing subjects under a metre away. You can also get enjoyable depth from the zoom camera too, making it a versatile addition.

In pictures, colours are vibrant, with a boosted liveliness that makes for a slightly exaggerated image. In turn, skies look bluer, sunsets look fierier and nights look like late afternoon – so if you want a camera phone that puts a life’s best foot forward, this is it.

For enthusiasts who want to bypass this rose-tinted photo processing Pro Mode gives you full manual control over your photos and video. Taking things further, Expert RAW –available to download from the Galaxy Store shortly after the phone launches, will support multi-frame 16-bit RAW file capture. This gives you a file you can edit in pro-grade apps like Lightroom.

The S22 Plus also has some great portrait features across both photo and video modes, with Portrait Video doing a great job of separating foreground and background objects, feigning that coveted DSLR look. Meanwhile, photography also benefits from improved iOS style Portrait Lighting features on the S22 line.

With stable video captured at up to 4K, and a maximum recording resolution of 8K, video from the rear camera is reliably good in bright environments, and is respectable, though not excellent in more dimly lit scenes.

The S22 Plus has a fair-sized 4500mAh battery. Despite being smaller than last year’s S21 Plus by 300mAh, it still lasts a comfortable day, but no more. It also powers up with 45W wired charging, though you’ll need to buy a charger separately.

There’s nothing wrong with the Galaxy S22 Plus per se, it just doesn’t scream value for money. That said, if you don’t want the oversized Galaxy S22 Ultra, think the vanilla S22 is that bit too small, but sill fancy a big screen and Samsung’s latest and greatest hardware and software, at the right price, the Plus could be perfect,

It combines premium design with a capable feature-set, a great triple camera system and one of the best screens we’ve seen on a smartphone to date. Whether gaming, watching movies, or scrolling through Instagram on it therefore, it’ll be more than up to the task.

While you can get more for less, the S22 Plus is still a great package