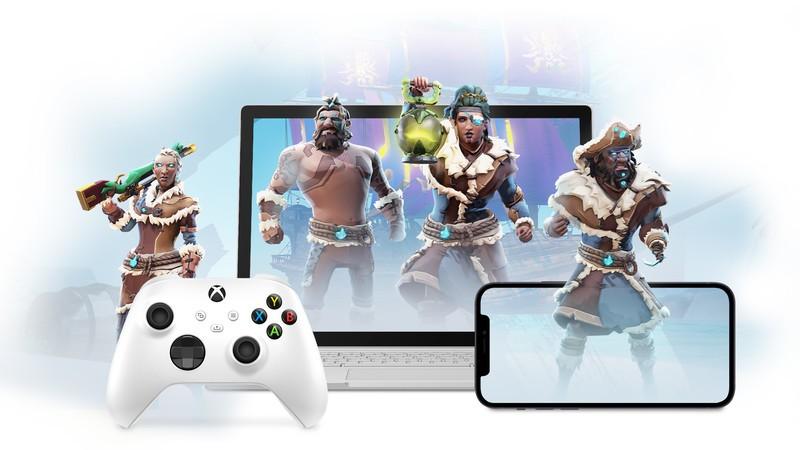 Xbox Cloud Gaming (xCloud) on iOS: Everything you need to know

We may earn a commission for purchases using our links. Learn more.

Xbox Game Pass, also known as Xbox Cloud Gaming or xCloud, just recently came to iOS in the form of an invitation-only beta. It's been available on Android for a while now, so we're delighted to see it come to Apple devices.

You'll need to pay for this service to access Xbox Game Pass on iOS when it eventually becomes available. The subscription starts at $1 for the first month, then goes to $14.99 per month after that.

What is Xbox Cloud Gaming (xCloud) on iOS?

Xbox Game Pass Ultimate is a game streaming service package that includes Xbox Game Pass, which gives you access to a big library of Xbox and PC titles, and Xbox Live Gold. More importantly, it gives you access to Xbox Cloud Gaming, which allows you to start playing certain Xbox games on other devices, like your iPhone or iPad. The best part about it is that it lets you continue a game you were playing on your Xbox from your iOS device and vice versa. You don't need an Xbox to use this service. You need a Microsoft account and an Xbox Game Pass subscription.

How much does Xbox Cloud Gaming (xCloud) on iOS cost?

Xbox Game Pass Ultimate costs $14.99 per month. However, you can get cheaper plans if you want to opt-in for just PC games ($9.99 per month) or just console games (also $9.99 per month). It's worth getting the Ultimate deal for just a few bucks more per month since it also gets you Xbox Live Gold, which lets you play online games, and EA Play, which grants you access to a huge EA catalog for free.

Since Xbox Game Pass (xCloud) on iOS is still in beta, we can't directly confirm it'll cost the same as it does right now, but we can assume it will.

When will Xbox Cloud Gaming (xCloud) fully launch on iOS?

Xbox Game Pass has already been on Android for a while now, and the iOS version was in beta, along with the PC version. Access was invitation-only. On June 28, Xbox announced that the iOS and PC versions of Xbox Game Pass are now live for everybody. All you need to do is sign up for an Xbox Game Pass subscription and sign on, and you're good to play games on your iOS device, whether you want to use touch controls or use a Bluetooth controller.

Xbox Cloud Gaming (xCloud) on iOS What are the requirements?

All iOS devices (iPhone, iPad, and iPod Touch) that want to use Xbox Game Pass (xCloud) will need to have iOS 12.0 or later. The app takes up 98.2 MB, so make sure you have enough room on your device before downloading. 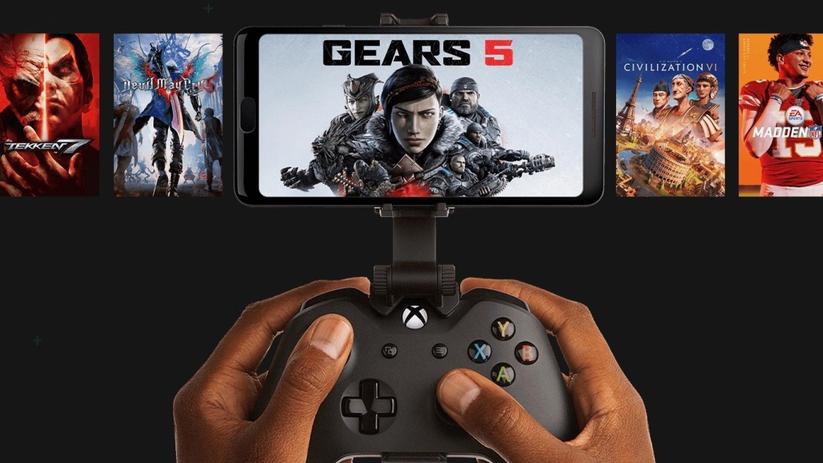 Xbox Cloud Gaming (xCloud) on iOS What app do I need?

You don't need a separate app to access Xbox Game Pass. Go to xbox.com/play with Safari on your device (it won't work on Chrome or other browsers), and log in with your Microsoft account.

Accessing the app is free. However, you'll need to pay a subscription to actually access any of the games.

Xbox Cloud Gaming (xCloud) on iOS What games are available?

There are currently over 100 games for players to access, including big hits like Elder Scrolls V: Skyrim, Gears 5, NieR: Automata, Ori and the Blind Forest, and more. If you subscribe to Xbox Game Pass Ultimate and get EA Play, you'll also be able to play games like The Sims 4, Star Wars Squadrons, Jedi Fallen Order, and more. It's possible that some games available on Android won't be available on iOS and vice versa. We'll update you when we learn more.

Xbox Cloud Gaming (xCloud) on iOS Do I need a controller?

Yes, you'll want to use an external controller since only a few games currently feature touch controls. Microsoft recommends players use an Xbox Wireless Controller when playing games on Xbox Game Pass (xCloud). PS4 controllers work as well since Microsoft wants this service to be available to a wide audience.

There are also iPhone controllers that basically turn your iPhone into a Switch with convenient buttons and joysticks on either side of the screen. My favorite is the Razer Kishi, which fits a wide range of phones, can easily be uninstalled, and feels great in my hands.

Make your mobile games even easier to play on the go with this controller that attaches to your iPhone. It works with several different iPhones of different sizes and kind of makes your phone look like a Nintendo Switch. Just make sure you purchase the iOS version and not the Android one.

Don't forget to grab a controller if you want to use Xbox Game Pass on your iPhone or iPad. It feels great in your hands and can easily be paired with your iOS devices.

If you're not familiar with Microsoft's service, you might be wondering how Xbox Game Pass is different from Apple Arcade. While there are some similarities, there are also plenty of differences.

Both services offer over 100 quality games to keep you entertained for hours. Apple Arcade can be accessed from the App Store, whereas Xbox Game Pass is a separate app. There's a bit of a price difference between the two services, but that's because Apple Arcade tends to have more casual games or traditional games like Cozy Grove while Xbox Game Pass gives you access to more complex games like you'd find on a console or computer. By the way, you can look at our full list of Apple Arcade games to see what's available.

If you're trying to decide between the two services, you'll need to determine what kind of experience you're looking for on your phone to know which service is a better fit for you.

More games are coming to iOS

Now that Xbox Game Pass (xCloud) is available to everyone on iOS devices there are so many more games at our fingertips. Jump in and see why people love having hundreds of games ready to play at any moment.

You'll need to pay for this service to access Xbox Game Pass on iOS when it eventually becomes available. The subscription starts at $1 for the first month, then goes to $14.99 per month after that.

We may earn a commission for purchases using our links. Learn more.

My wallet is crying

The Switch's five-year anniversary has come and gone, with no price reductions for games in sight. When it comes to making their products accessible to those from all walks of life, Nintendo is doing a poor job.

Apple is reportedly readying a new Lock Adapter that will make it easier for people to secure their new Mac Studio, preventing it from being lifted the first time it's left unattended.

Wanna play some of the best games Xbox Game Pass has to offer but don't want to bother with any additional accessories? Not to worry, check out our picks for the best Xbox Cloud Gaming (xCloud) games with touch controls on iPhone and iPad.

Rebecca Spear is the Games Editor for iMore. She loves playing Nintendo Switch games and is a Zelda nut through and through. On any given day you'll find her drawing, playing video games, or reading a good book. Follow her on Twitter @rrspear.

Carli is the Gaming Editor across Windows Central, Android Central, and iMore. Her last name also will remind you of a dinosaur. Follow her on Twitter or email her at carli.velocci@futurenet.com.