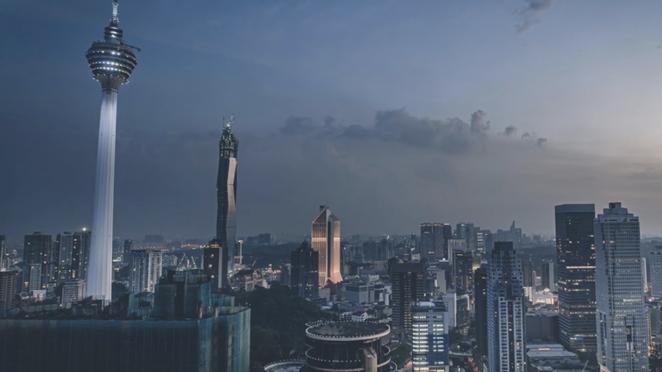 What’s up with… 5G in Malaysia, Etisalat, NTT and Schneider

The Government of Malaysia has decided to maintain a single wholesale network (SWN) for the implementation of 5G, but will grant up to 70 per cent equity stake in state-owned operator Digital Nasional Bhd (DNB) to the nation’s telcos. According to the ministries of finance and communications, a DNB-led SWN model that is “supply-driven” and based on “cost recovery” with participation of operators was “the best solution to accelerate the deployment of 5G network rollout with the objective of encouraging the use of 5G by the people,” the Ministry of Communications and Multimedia explained in a statement which can be seen here. While the SWN model raised competition concerns among wireless operators, the country’s Finance Minister, Tengku Datuk Seri Zafrul Abdul Aziz, explained the decision to keep such a model symbolised Malaysia’s “strong public-private partnership model, as well as a strong private sector financing ecosystem, all of which will boost investor confidence in Malaysia.” The model is also tipped to guarantee there will be no “additional financial implications” on a contract with Ericsson.

UAE-based Etisalat, which is now often referring to itself as e&, is ready to splash more than $2.1 billion to increase its stake in Saudi Arabian mobile operator Mobily from 28% to 50% plus one share: The two operators confirmed discussions earlier this week and Etisalat has now put the proposed offer in writing, according to a Saudi stock exchange announcement made Thursday morning. Etisalat already has operations across the Middle East, Africa and Asia with a total of 159 million customers and annual revenues of $14.5 billion (as of the end of 2021) and is seeking to cement and grow its position in the Saudi market through the additional investment in Mobily. 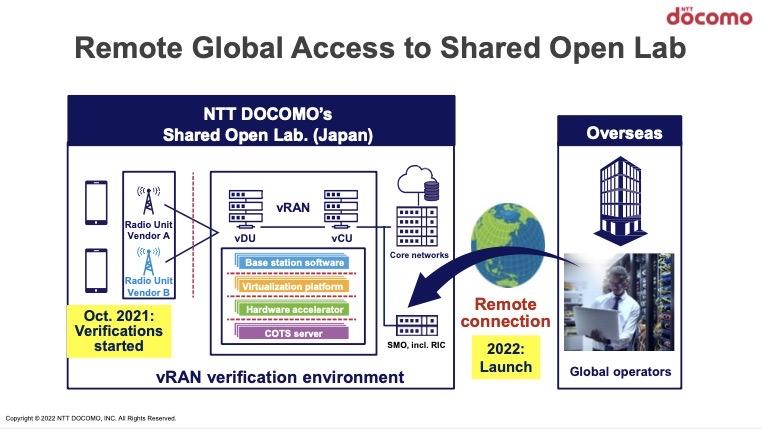 NTT Ltd. has teamed up with energy management specialist Schneider Electric to deliver Private 5G (P5G), an “on-premise[s] private network solution and digitization enabling platform that can dramatically advance digital solutions in the manufacturing environment.” The P5G platform will be piloted at Schneider’s Lexington Smart Factory, the first of Schneider Electric’s US plants to become a Smart Factory showcase site “leveraging IoT connectivity, edge analytics, and predictive analytics to drive energy efficiency and further sustainability goals.” According to NTT, the “P5G will power key use-cases that solve challenges around equipment availability, machine performance, and product quality. For example, the companies will integrate ‘machine vision’ capabilities (industrial cameras with specialized optics) into existing factory and warehouse automation systems, that identify faults as well as wear and tear for incident root cause in near real-time.” Read more in this press release and to find out what Shahid Ahmed, EVP New Ventures and Innovation at NTT, has to say about the private 5G sector, watch this TelecomTV interview conducted during the recent MWC22 event in Barcelona.

The beat goes on. Yesterday, the Federal Communications Commission (FCC) revoked the authorisation that, since 2002, had permitted the Chinese telco, Pacific Networks (and its subsidiary ComNet), to provide telecoms services in the US. In a statement the regulators said the decision had been taken because Pacific Networks and ComNet are classified as threats to US national security as the two companies are indirectly and ultimately owned (and controlled) by the Chinese government. A year ago, the FCC said the two telcos had completely failed to “dispel serious concerns regarding their retention of their authority to provide telecommunications services in the United States” and began the process that, on Wednesday, resulted in the revocation of their US licences. All that is left is the quite short legal process (60 days) of cancelling the two International Signalling Point Codes (ISPCs) that were granted to the Chinese company in 2001 and in 2003. Operators that want to establish Signalling System 7 relations in the international intermediate signalling network with other telecoms systems must have assigned ISPCs. The worldwide signalling network works on two functionally independent levels: international and national. This provides for a distinct division of responsibility for signalling network management and allows identification plans of signalling points in the international network and the different national networks to be independent of one another. The ITU in Geneva, Switzerland, maintains and administers the List of International Signalling Point Codes.

The Independent Communications Authority of South Africa (ICASA) completed its much-anticipated auction of 4G and 5G spectrum which attracted bids totalling more than ZAR14.4 billion (equivalent to approximately $968 million) in revenue. The amount, will be added to the national purse, is around ZAR6 billion more than the authority’s previous expectations, news publication news24 reported. In a statement, ICASA explained the bidding process included participation from Cell C, Liquid Intelligent Technologies, MTN, Rain Networks, Telkom and Vodacom. The latter spent the most money (ZAR5.4 billion) for a total of 110MHz across the 700MHz, 2 600MHz and 3 500MHz frequency bands. MTN acquired 100MHz across the 800MHz, 2 600MHz and 3 500MHz bands, for a total sum of more than ZAR5.1 billion. Telkom South Africa obtained 42MHz in the 800MHz and 3 500MHz, spending more than ZAR2.1 billion. Rain secured two 20MHz blocks for 1.4 billion. Cell C and Liquid Telecom obtained a single block in the 3 500MHz each. This move is considered historic for the market as mobile spectrum hasn’t been allocated for some 15 years. Legal battles, including an ongoing one with Telkom, contributed to the auction delay. (See South Africa hits yet another spectrum allocation hurdle.)

Back in 2003, the mobile operator Three was the first 3G service to launch in the UK. Eighteen years on, Three UK is the smallest of Britain’s big four mobile network operators with about 9.5 million active subscribers. This morning the telco published its annual figures for the full year 2021, showing its “strongest consumer contract customer additions since 2012 and 10 per cent increase in EBITDA.” Three UK is (or was until late last week) also one of the sponsors of London’s Chelsea Football Club. Now that the club’s owner, Roman Abramovich, a Russian oligarch and close associate of Russian president Vladimir Putin, has been sanctioned and made persona non grata by the British government in the aftermath of the invasion of the Ukraine, Three’s £120 million sponsorship has been rescinded and the telco is demanding that its logo be immediately removed from Chelsea’s match-day shirts. The team had continued to play in their usual kit which heavily featured the Three logo as well as that of Hyundai of South Korea (which has also axed its Chelsea sponsorship). Chelsea continues to operate and play games under a special licence granted by the UK government but may not generate revenues, sell tickets or merchandise. Nor may it print any new shirts. In the short term the team will probably have to play with lengths of duct tape covering the Three logo, but warmer weather will soon be with us and then they’ll be able to run about in their string vests.

New Zealand’s Commerce Commission’s latest annual Telecommunications Monitoring Report has just been published and, basically, telecoms-wise, everything in the Land of the Long White Cloud is hunky-dory. New Zealand’s prolonged and stringent series of Covid-19 lockdowns has boosted the uptake of the country’s Ultra-Fast Broadband (UFB) fibre network. Paul Brislen, the CEO of the New Zealand Telecommunications Forum (TCF) commented, “Customers are flocking to the new services like fibre and fixed wireless at rates not seen anywhere else in the world. The UFB reaches almost 87 per cent of homes in the country, an astonishing figure by global standards, and customers have embraced the fixed wireless revolution with 15 per cent of broadband connections now using this new technology.” The TCF is a national body representing New Zealand telecoms carriers and service providers. It works within the industry to resolve regulatory, technical and policy issues and provide a bridge to government. Meanwhile the number of copper connections in the country has declined by 32 per cent and competition ensures that “mobile networks continue to offer more for less” and “deliver great pricing and affordability for consumers.” Unsurprisingly,“international roaming remains inevitably stalled.” The TCF adds that the Commerce Commission’s Telecommunication Monitoring Report figures lag the current reality. Paul Brislen again: “It’s worth pointing out that many customers are now on plans that aren’t monitored by the Commission’s broadband marketing regime, or are on plans that outstrip the rest of the world, meaning they aren’t measured in OECD data. The Commission’s reporting doesn’t take into account the new hyper-fibre plans in the fixed line market, nor does it include 5G in its monitoring of the mobile sector.”