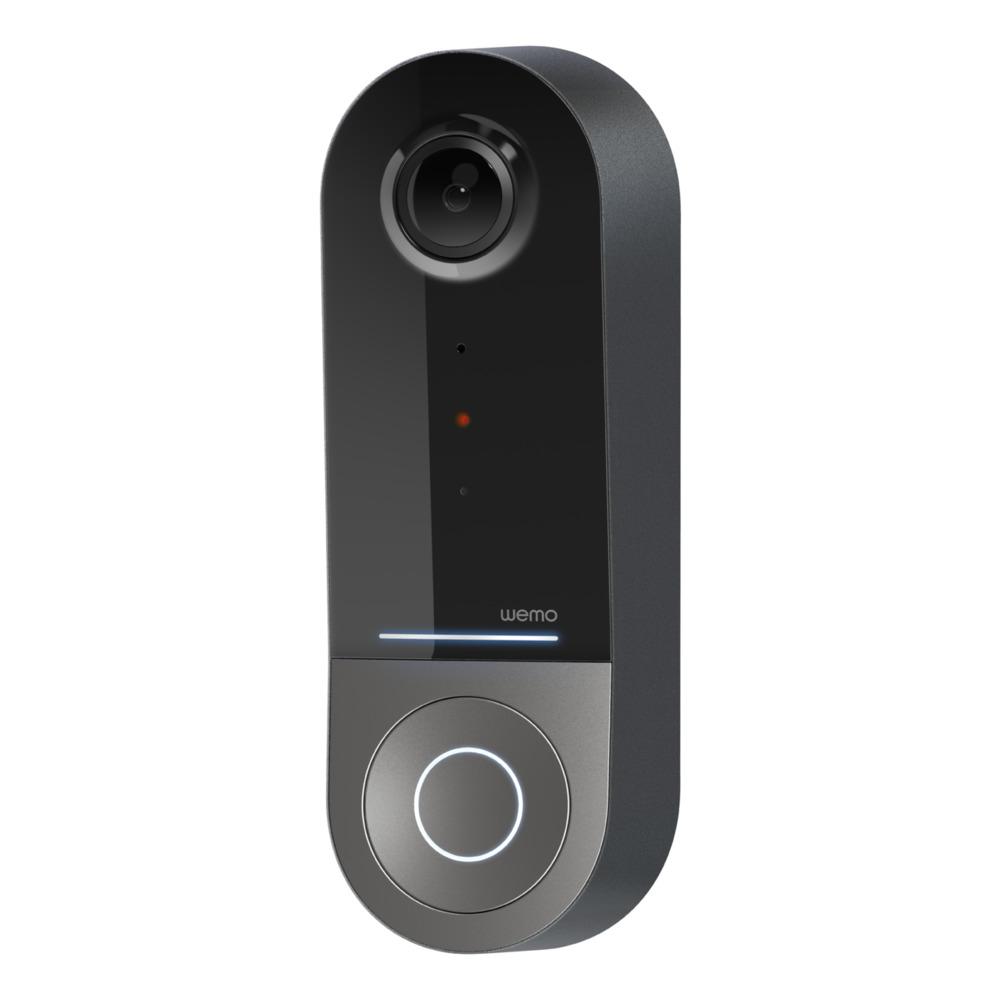 Designed exclusively for homes that use Apple’s HomeKit platform, the Wemo Smart Video Doorbell ($249.99) is Belkin’s first foray into the category. Armed with a high-res HDR camera and dual-band Wi-Fi, this wired video doorbell delivered sharp image quality with a wide field of view in testing. That said, it doesn’t offer nearly as many third-party integrations or advanced features as the similarly priced Ring Video Doorbell Pro 2. And if $250 is more than you want to spend, the $99 Ezviz DB1C is a terrific alternative for less than half the price.

For Homes That Run on Apple

At 4.9 by 1.7 by 1.4 inches (HWD), the Wemo Doorbell is a little larger than the Ring Video Doorbell Pro 2 (4.4 by 1.9 by 0.8 inches), but not quite as bulky as the Nest Doorbell Battery (6.3 by 1.8 by 1.0 inches). It has a black and dark gray finish with a backlit ring button on the bottom and a camera assembly on the top. In between the camera and the button are a microphone, a light sensor, a status light, and an LED light bar. The status light and indicator bar glow white when the device is starting up and blue when it's ready for setup. The status light turns red and the bar turns blue when the doorbell is ringing, and the bar turns red when there's an issue with power or temperature. Around the back are two power terminal contacts, a micro USB port (for troubleshooting), and a reset button. A dual-band Wi-Fi radio sits inside.

The Wemo doorbell relies on a standard 16-24V transformer and doorbell wiring. It also requires an iPhone 7 (or later) or an iPad running the latest version of iPadOS, plus either an Apple HomePod, an Apple TV, or another iPad configured as a home hub for network connectivity. You can hook the doorbell up to a mechanical chime, or bypass it with the included chime bypass adapter. Also in the box are a chime power adapter; a flat mounting plate; an angled wedge mounting plate; mounting screws and anchors; a drill bit; a Torx screwdriver and security screw; and a setup guide.

The doorbell houses an HDR camera with a resolution of 1,600 by 1,200 pixels and an ultra-wide 223-degree diagonal field of view. It records video (and sends a push alert to your phone) both when someone presses the doorbell button and when it detects motion. The doorbell also uses two infrared LEDs for night vision, features face recognition technology, and can identify between people, animals, vehicles, and packages. 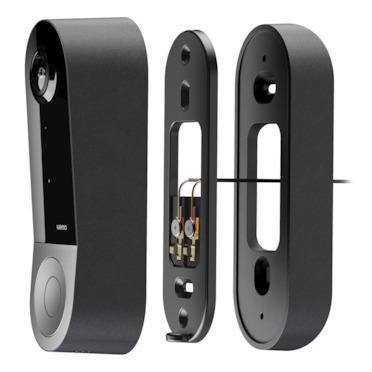 Wemo's Video Doorbell doesn't use the same mobile app as other Wemo devices such as the Wemo Insight Smart Plug and the Wemo Wi-Fi Smart Outdoor Plug. Instead, it relies on Apple’s Home app, which is part of iOS and iPadOS. The doorbell works with other HomeKit devices using scenes and automations, but it doesn't support Alexa, Google Assistant, or IFTTT.

The doorbell appears on the My Home screen under Favorite Cameras in a panel with the name and a snapshot of the last captured image. Tap the panel to launch a live view with Live, Talk, and Nearby Accessories buttons. Nearby Accessories lets you add HomeKit accessories to the same group as the doorbell. Just above the video panel are buttons for accessing the Settings menu, muting the speaker, and playing the video in picture-in-picture mode.

In the Settings menu, you can change the name of the doorbell, assign it to another room, enable the chime, and turn on face recognition. Here, you can also configure Recording Options to have the camera detect motion; stream live video and detect motion; stream and allow recording (with an iCloud + account); and turn off streaming and motion detection. Notification settings allow you toggle all notifications on or off; enable notifications for when the doorbell detects specific types of motion (people, animals, vehicles, or packages); turn off doorbell press notifications; and create notification schedules.

Installing the Wemo doorbell requires you to work with electrical wiring. If you aren't comfortable with that, consider hiring a pro; Belkin even enables you to book a professional installation at the time of purchase on the Wemo website, with prices starting at $99.99.

To install it myself, I turned off the power to my existing doorbell at the circuit breaker and removed the old doorbell. I connected the two wires to the Wemo mounting plates, attached the plate to my door frame using the included screws, snapped the doorbell onto the plate, and secured it using the tiny Torx screw and screwdriver. I restored power to the circuit, and when the light bar and status light turned blue, I placed the upper back of my phone just below the status light until a prompt appeared on the phone with a Connect to Doorbell button. I pressed the button and, within a few seconds, the doorbell showed up in my Home app. To complete the installation, I gave it a location and a name; configured it to stream both when I was home and away; and enabled the doorbell chime.

The Wemo Smart Doorbell worked well in testing. The camera delivered crisp recordings with good color quality, and the wide-angle lens provided a clear, head-to-toe view of my front door and doorstep area. Barrel distortion is noticeable in the video, but the effect is prevalent only at the edges of the frame. Conversations over the two-way system sound are clear, while doorbell press and motion alerts arrive instantly.

I created an automation for a Yeelight bulb (my porch light) to turn on when the doorbell detected motion, and it worked as intended every time. I also had no trouble viewing live video on my iPhone using Siri voice commands.

The Wemo Smart Video Doorbell is a solid choice if you use Apple's HomeKit platform to control your smart home devices. It integrates seamlessly into the HomeKit ecosystem and delivers sharp HD video with a wide viewing angle in testing. That said, you need to set up a device as an Apple home hub to use it, as well as subscribe to an iCloud+ account to view video recordings. And if you require a video doorbell that supports Alexa, Google Assistant, or IFTTT, consider the Ring Video Doorbell Pro 2 instead. If you prefer a battery-powered model, meanwhile, the $199.99 Arlo Essential Video Doorbell Wire-Free is also worth a look. Finally, if you're looking for the best value, the Ezviz DB1C boasts Ultra HD video, cloud and local storage options, and plenty of support for third-party integrations for just $99.