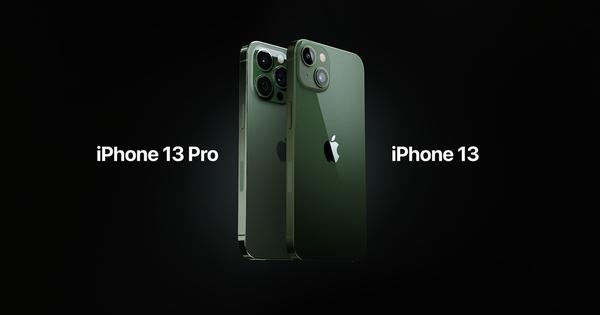 Apple's iPhone 13 and iPhone 13 Pro now come in new green finishes, the company announced during an event on Tuesday. The new green models are available for preorder starting Friday.

Read more: Which Color iPhone 13 Should You Buy? Check Out the Latest 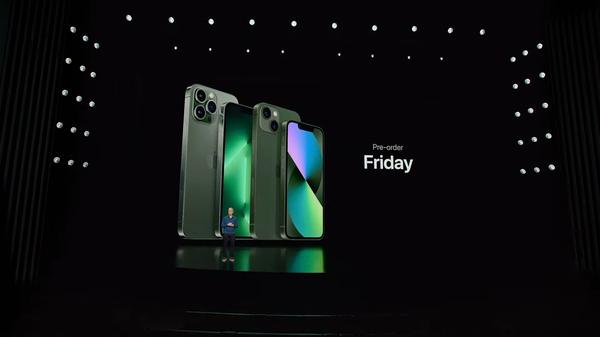 The new shades of green are available alongside Apple's other finishes for the iPhone 13 and 13 Pro. The iPhone 13 is also available in starlight, midnight, blue, pink and Product Red, while the iPhone 13 Pro comes in silver, graphite, gold and blue.

The new colors could generate excitement about Apple's flagship product line now that the iPhone 13 series is about six months old. It comes at a time when attention is starting to shift toward the rumored iPhone 14, which is expected to debut during Apple's typical September time frame.

Apple also announced the next-generation iPhone SE during its Tuesday event, marking one of its first major product launches of the year. The new iPhone SE starts at $429, making it slightly more expensive than its predecessor, and it supports 5G connectivity. But Apple generally saves its biggest smartphone announcements for the fall, which is when it typically announces the next generation of the iPhone.

Wondering what else Apple announced at its event? For starters, there's the upgraded iPad Air with M1 chip, the Mac Studio and the Studio Display. You can explore all those products and more with CNET's live blog and event recap.