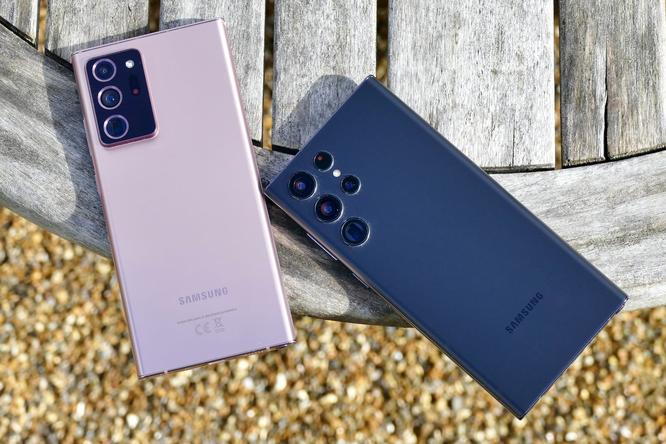 Should the Galaxy S22 Ultra replace your Note 20 Ultra?

If the S Pen is like an extension of your body, then you’ve probably stuck with the Galaxy Note 20 Ultra since it was released, unwilling to compromise by getting an S21 Ultra and the S Pen case accessory. But now Samsung has the Galaxy S22 Ultra, and it comes with an S Pen stylus inside the body. Does that mean it’s time to upgrade, and if so, what else should you expect?

I’ve given the two a back-to-back workout to see if now is the time for Note 20 Ultra owners to get a new phone.

There is almost no difference whatsoever between the Galaxy S22 Ultra and the Note 20 Ultra when you hold them both. It’s uncanny how similar the two are, with the same flat end caps, the same sharply curved sides, and essentially identical dimensions. Even the placement of the speaker grille on the bottom of both phones is exactly the same. However, Samsung decided the 208 gram Note 20 Ultra wasn’t heavy enough and added another 20 grams to the overall weight of the S22 Ultra.

It’s noticeable, and the extra heft is all at the top of the phone — it’s the complex camera module that does it — making it less manageable to hold with one hand. What hasn’t changed is the slippery nature of the phone. The Galaxy Note 20 Ultra has always been keen to slide off any surface, and the Galaxy S22 Ultra does exactly the same. I definitely recommend a case for both, as they’re accidents waiting to happen.

If you’ve lived with the Galaxy Note 20 Ultra for the last two years, swapping to the Galaxy S22 Ultra will be like putting on a brand new pair of your favorite shoes: The same familiar feeling and the same familiar look, just without any evidence of wear and tear.

The S Pen inside the Galaxy S22 Ultra is exactly the same size and weight as the one in the Note 20 Ultra. It connects to your phone using Bluetooth, is IP68 water-resistant, and has 4,096 levels of pressure. All the same, features are included, such as Air View, Magnify, Translate, and a remote camera shutter button.

What has changed? The latency has been reduced by 70%, going from nine milliseconds on the Galaxy Note 20 Ultra to 2.8 milliseconds on the S22 Ultra. Good luck counting that difference, but does it actually notice when you use the two? Amazingly, yes. Writing notes on the S22 Ultra using the S Pen is smoother, and the screen recognizes your input more quickly, resulting in a very natural writing experience. 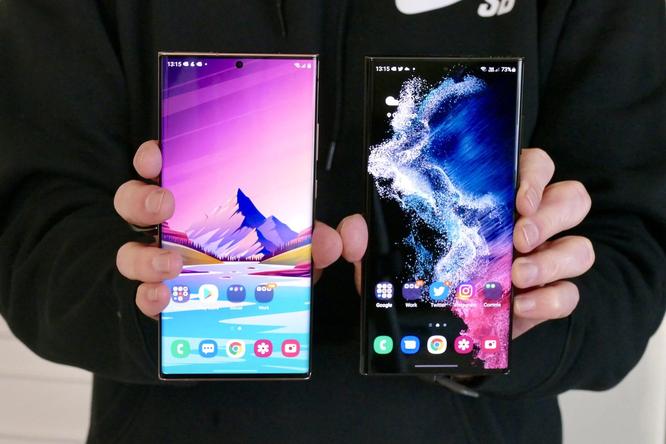 My handwriting is neater when I use the S22 Ultra, making my notes more legible even when I hastily scribble them down. I always had to take care with the Note 20 Ultra as my notes bordered on the unintelligible if I didn’t. This level of attention doesn’t seem as necessary on the S22 Ultra, and that makes it more relaxing and more useful. I’m not an artist, but this level of precision will likely make it even more enjoyable to use than the Note 20 Ultra if you are.

The lower latency and changes to the way the screen recognizes S Pen inputs have genuinely made a difference, and the S22 Ultra does feel like a step forward compared to the Note 20 Ultra. While it’s noticeable when you directly compare the two, it’s not night-and-day different, and it’s hard to call it a reason to upgrade if you’re satisfied with the Note 20 Ultra’s S Pen experience.

The 12MP wide-angle camera is about the same on paper too, but the telephoto capabilities are different, with the S22 Ultra having both a 3x and 10x optical zoom, while the Note 20 Ultra has a 5x optical zoom. Video isn’t all that different either, with both able to shoot 8K video at 24 frames per second (fps) and 4K at 60 fps.

Most of the time, I couldn’t say a photo taken with the S22 Ultra was better than one taken with the Note 20 Ultra. Yes, there are differences, but none that really make it better than the other. The S22 Ultra has an undeniably warmer tone, is better at close-up photography, and the optical and digital zoom are unmatched. However, if you mostly take photos with the main camera and the wide-angle camera, in both good and bad lighting, the S22 Ultra won’t seem like much of a step forward.

If photography matters to you, and more versatility and ability in the camera on your phone is appealing, the S22 Ultra does beat the Note 20 Ultra. But then, so did the S21 Ultra, and if you decided its charms weren’t enough to facilitate a change, the S22 Ultra probably shouldn’t either.

Is it a better performer?

I’ve been using the U.K. version of both phones, meaning they likely have Samsung’s Exynos processor inside, rather than the Qualcomm Snapdragon chip found in versions sold in the U.S., but Samsung has always maintained there’s no significant difference in performance. Technology has moved on, though, and the S22 Ultra’s 64-bit octa-core processor is built using a 4nm process for greater efficiency. It’s a 7nm 64-bit chip in the Galaxy Note 20 Ultra, and both have 12GB of RAM, plus there’s the option of having up to 1TB storage in the S22 Ultra, while the Note 20 Ultra maxes out at 512GB.

Both phones have AMOLED screens with a dynamic 120Hz refresh rate, and a resolution up to 3088 x 1440 pixels, but only the S22 Ultra can use them both at the same time. Go full resolution on the Note 20 Ultra, and you’re forced down to 60Hz. There’s little to choose between the screens when watching video, with the S22 Ultra providing only the merest hint of increased vibrancy and contrast, but switch to 120Hz at full resolution, and you do spot the additional smoothness when both play video side by side.

Set both to FHD+ and 120Hz, and there’s the same degree of jerkiness in apps like Twitter, a problem that affects the S21 Ultra too. In Chrome and Google Discover, as well as throughout the operating system, the hesitation disappears, and transitions and scrolling are wonderfully smooth on both. Slight refresh rate issues aside, I don’t think I can separate the two screens, and for watching video and playing games, they’re both excellent, and I haven’t seen any difference in general, everyday performance either.

One significant improvement is with security. I turned the dimwitted fingerprint sensor off on the Note 20 Ultra, but it’s fast and reliable so far on the S22 Ultra, and the face recognition is also better at quickly unlocking your phone too. On the software side, the Note 20 Ultra has OneUI 4.0 and Android 12, essentially the same as the S22 Ultra. Samsung’s promising several years of updates for the Note 20 Ultra too.

Before I started comparing these two phones, I expected it to be quite simple. After all, the Note 20 Ultra came out in August 2020. I also recommended people buy the Galaxy S21 Ultra over the Note 20 Ultra, provided they didn’t care about the S Pen, so I was expecting the S22 Ultra to have an easy win. But it doesn’t.

If you have a Galaxy Note 20 Ultra and are still happily using it, upgrading to the Galaxy S22 Ultra isn’t really worth it. The Note 20 Ultra is a productivity-first phone, which makes me assume owners are less concerned about the camera and the media ability, and if you’ve lived with the awful fingerprint sensor this long, I’m guessing you’re OK with it.

Apart from a slightly better S Pen experience, the S22 Ultra is equally as capable as the Note 20 Ultra on the productivity side. If anything, the Note 20 Ultra’s lighter weight makes it more appealing as an all-day, everyday phone. Even its software is good for another couple of years, which is a testament to Samsung’s excellent update commitment.

You won’t lose anything by upgrading to the Galaxy S22 Ultra, it’s an excellent phone, but you won’t gain that much either, so think very carefully before giving up your Note 20 Ultra if productivity matters more than a versatile camera.