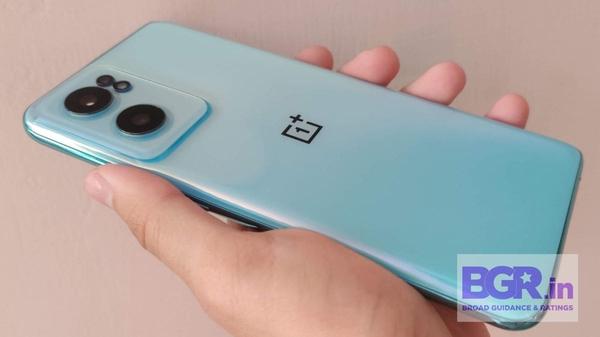 OnePlus introduced its Nord smartphone series for buyers who could not buy the expensive flagship models (so much for launching affordable premium smartphones). The series was a perfect all-rounder and was pocket-friendly, especially for users in India. Fast-forward to two years, OnePlus has introduced yet another sub-category, the Nord CE or “Core Edition” smartphone series that focuses more on core essentials to make the models even more cost-effective. The newly launched OnePlus Nord CE 2 does have a lot of nuances when compared to its predecessor, however, only a wee bit different from the OnePlus Nord 2. Obviously, there are a few sacrifices here but the question is does this phone justify the compromises it demands? Read further to find out.Also Read - OnePlus Nord CE 2 Lite spotted on certification sites with key details

Looks just like every other Nord; not that I am complaining

If you have seen one Nord, you’ve seen them all! The company has kept the design language of its newly launched Nord like its predecessor. The Bahamas Blue colour variant that I received looked beautiful and premium, not as great that you mistake it for a flagship phone, but that phone makes plastic look gorgeous and that is something! Also Read - Amazon Mobile Savings Days 2022: Up to 40 percent off on top-selling smartphones, accessories, more

The smartphone is light in weight, 173gm and pretty handy as well. It is not very slippery, which is a relief for people with butterfingers like me. The handset does attract fingerprints, but they are not very visible that they make it look ugly, which is usually the case with my OnePlus 7 handset. The phone also adopts the same rounded, vertical camera module on the back.

Since there was very little room for improvement when it comes to the design of a mid-range Nord handset, the company decided to fill up the last caveats. This phone also has the 3.5mm headphone jack, which we almost thought had become obsolete in OnePlus phones until Nord CE 5G. This headphone jack is placed at the bottom edge, along with the single speaker grille and Type-C slot for charging.

On one side, I am quite happy that I can cling to my wired earphones, but I am sad that the company has removed its signature alert slider from this phone. I kind of saw it coming since, it was missing from its predecessor OnePlus Nord CE 5G as well, but I still feel that the slider was a useful element of the design. For those who don’t know it yet, this slider is used to put the phone in silent and ringing mode.

Ditching the dual front camera setup like Nord 2 5G, Nord CE 2 5G features a single punch hole camera that sits in the top left corner of the display. I must admit, the cut-out is so tiny that after some time you don’t even notice its presence. 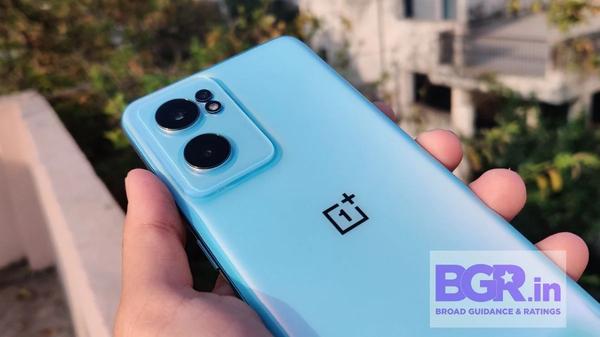 The handset features the exact same display as its predecessor. It is a 6.43-inch AMOLED display that has a resolution of, 2400 x 1080 pixels and a 90Hz refresh rate. The display shows punchy colours and great contrast.

Overall, you are going to enjoy playing games and watching videos on this one for sure.

At Rs 23,999, you will be treated to a triple rear camera setup that houses a 64-megapixel primary sensor, an 8-megapixel ultra-wide-angle lens and a 2-megapixel macro lens. In broad daylight, you will get sharp images with vibrant colours and good details. No, they don’t look processed or unnatural. Even in portrait mode, it performed well when it comes to subject separation, with plenty of detail and natural-looking colours.

However, the camera struggles when it comes to low-light photography. The images appear noisy and have blurred details. In my opinion, the Night mode produced balanced light images as compared to the standard mode. As for selfies, both in daylight and in dim light surroundings, you will get detailed and crisp images. Overall, the camera is pretty mediocre and clearly doesn’t shine in this area, if the camera is what you are looking for in this phone.

Here are a few camera samples:

A MediaTek chipset and Oppo-fied OxygenOS

The smartphone is powered by MediaTek Dimensity 900 chipset and offers up to 8GB RAM and up to 256GB internal storage that is expandable with up to 1TB of microSD storage. Although a MediaTek chipset is a step-down from the Snapdragon chipset but certainly not a fatal flaw. The phone did not stutter while shuffling between the apps or playing games as well. You might encounter jerky app transitions at times but in very rare cases.

The smartphone still clings to Android 11 based OxygenOS, which is kind of disappointing since rivals already come with Android 12 these days. The new Oppo’s ColorOS integrated OxygenOS does look clutter-free and smooth as compared to others in the market but I cannot shake the feeling that it is not the OxygenOS that it used to be. The clear spots where you can actually see the difference is the Camera UI and the Settings of the phone. Again, not a deal-breaker since it is still better than most in the segment.

Phew! Don’t have to worry about running out of juice!

Just like its predecessor, OnePlus Nord CE 2 5G also comes with 65W fast charging support, just like the flagship OnePlus 9 series. The smartphone takes around 40 minutes to fill up a dead battery.

I had to put the phone on charge before going to bed at night since it had survived a day of regular use and extensive binge-watching of Inventing Anna or The Witcher later in the day. It was almost around 15 percent when I had to finally plug in the charger.

It all seemed good until one day after booking my Uber ride, I realised that there was just 10 percent battery in my phone. I had to quickly charge my phone and thankfully, it lasted while I made a couple of calls to my cabbie, since he was a bit lost and then quick scroll through my emails on my way to my workplace. So yes, I am pretty impressed by Nord CE 2’s fast charging technology.

Wrap-up: Should you buy it?

OnePlus has made a lot of efforts in making Nord CE 2 5G an all-rounder. However, the phone does not stand out in any one particular segment. Now that I think about it, isn’t that the secret sauce of the Nord CE series in the first place? OnePlus has cut some corners like using MediaTek chipset instead of Snapdragon, plastic-y back, killing the alert slider but it is a well-rounded phone that does not carry any significant flaw.

However, if you have a particular allegiance to OnePlus, I’d suggest for you to go for OnePlus Nord 2 5G which is priced at Rs 29,999 instead. If you can afford the jump, you can not only get a better performer but a premium built and a good rear camera. Al this makes me wonder, that the company has crowded the price segment and because of that the smartphone might struggle to find its footing, hence an identity crisis.

But, if you are not a OnePlus fan and are open to look around, there are a few options out there including Realme 9 Pro+ and Samsung Galaxy F62 but not without tiny compromises.