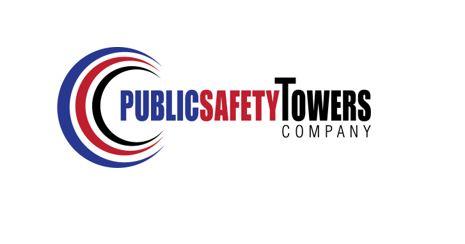 Some familiar faces to the first-responder industry this week announced the Public Safety Towers Company (PSTC), which enters the competitive wireless-infrastructure space while promising to take a public-safety-centric approach in an effort to find synergies between government-owned assets and commercial-carrier needs.

Launched last month, PSTC has received an initial $50 million investment from InfraRed Capital Partners and has been contracted by an unidentified U.S. commercial carrier to provide 100 cell sites in western states.

PSTC co-founder and COO Chris Odenthal said that PSTC will seek opportunities to help public-safety agencies improve their internal communications coverage—for LTE and/or LMR systems—while also providing commercial carriers with a chance to expand their footprints in locations they otherwise would not be able to access.

“[The PSTC approach is] to help public safety increase their commercial-carrier coverage in areas where they needed it, while simultaneously benefiting the carriers by potentially unlocking locations that they haven’t engaged with previously—that’s code for existing LMR towers or publicly owned land,” Odenthal said during an interview with IWCE’s Urgent Communications.

“We have a contract with a commercial carrier to provide an initial 100 sites in the Oregon, Washington and California area, and it’s a commercial-carrier deployment—that carrier is not asking us to target public safety or anything like that. But our goal is to work with public safety to see where they have the opportunity to participate in providing their own coverage.”

Bob Plaschke, PSTC co-founder a member of the company’s management committee, echoed this sentiment, comparing the PSTC strategy to the FirstNet business model that has resulted in a nationwide public-safety LTE system being deployed while being financially self-sustaining.

“We have this initial tower-building contract is kind of like credibility—it’s kind of like table stakes,” Plaschke said during an interview with IWCE’s Urgent Communications. “But the real eye on the prize is replicating the FirstNet public-private partnership model at the state and local level. We engage state and local entities that have coverage challenges—whether it be LMR or cellular—and we help solve problems for them by finding creative partnering solutions with them and the wireless carriers.”

Both Plaschke and Odenthal are familiar with public-safety communications and the potential synergies it has with the commercial-carrier space. Plaschke served as CEO of Sonim Technologies, which made rugged commercial smartphones and was the first manufacturer to produce a device that supported operations on the 700 MHz Band 14 spectrum licensed to the FirstNet Authority.

For the past several years, Odenthal has led the buildout of the massive Los Angeles Regional Interoperable Communications System (LA-RICS). In this role, he saw efforts to improve public-safety communications—historically viewed solely as an expense from a financial perspective—as a new source of revenue in some instances, and envisions PSTC providing similar opportunities.

“That’s what a lot of those entities experienced when they went with LA-RICS’s build—they were able to secure recurring revenue from locations where they already had towers or where a tower was planned,” Odenthal said.

“PSTC is about win-win partnerships with state and local entities, creating LMR and LTE solutions that change the equation from bond funds to revenue-share agreements and leveraging those public assets—that’s the goal,” Plaschke said. “You go in and say [to public safety], ‘You need 10 towers? Great, we’ll build the 10 towers for you, but let us help you monetize the rest of your portfolio for the sake of public safety. Let us put 5G antennas on fire stations, police stations or school properties—areas where the city or the state has ownership over or control over.”

“{PSTC deal are] done in conjunction with, with the support of, and in partnership with the state and local entities, as opposed to [tower companies that say], ‘Hey, we’re here to put something in someone’s backyard. Give us approval.’”

PSTC efforts to improve coverage for public-safety communications is not limited to broadband deployments, because the new company also envisions a role in helping governments enhance LMR coverage, where desired, Plaschke said.

“We are able and equipped to build LMR towers, as much as we are to build LTE towers,” Plaschke said.

“The reason we called it ‘Public Safety Towers,’ as opposed to ‘Public Safety Cellular Towers’—leaving the word ‘cellular’ out—is that we will be building both LMR and LTE capability. And we’re happy to do so, in the spirit of extending the reach for public safety, whether it be for an LMR or LTE network—or more relevantly, a joint network, because every time you put up an LMR tower, you take a look and say, ‘Maybe that’s good spot for an LTE [site].’”

“Let’s say that the carrier says [to PSTC], ‘Find us a site in this area,’” Odenthal said. “Our initial reaction is to go to that jurisdiction and say, ‘What publicly owned land in this area do you have to solve for this particular problem cited by your deputies, EMTs or others?’ They may say, ‘Why don’t you take a look at this park? You could put a monopole in this park, and that should solve the problem.’

“We would then present that to the carrier and say, ‘Here’s what the construction costs would be, here’s what the ground lease would be, etc. Do you want to move forward with this thing?’

“Both parties would have to agree, because the ground lease would be through that jurisdiction. In the same way that we operated within the confines of governments at LA-RICS, we would utilize the city’s desire to have that coverage completed and their ability to collect rent on their own property and help get through the sometimes-laborious zoning and permitting processes.”

Other deals could let public-safety entities opportunistically fill coverage gaps in the communications systems used by its first responders, according to Odenthal.

“We’ll have identified where the carrier wants to have coverage, and we’ll go to public safety in those areas and engage them by asking, ‘Do you have anything here that you would like to contribute, in order to make sure that your coverage improves here? Is there an area within this radius where you find yourself having poor coverage?’” he said. “If a carrier’s trying to put a tower there, the answer is probably ‘Yes.’ And then we work with them to figure out the best solution in that area for their [public-safety] needs, as well.”

In other instances, it may be beneficial for the public-safety entity to advocate on behalf of a carrier improving wireless coverage, because it enhances the ability for the general public to make an emergency call for help in an era where landline phones and pay phones are becoming increasingly scarce.

“The idea that we’re improving their coverage—for their deputies, as well as their constituents—is important, because 81% of all 911 calls are on cell phones now, so everybody has an interest in making sure that there’s connectivity throughout the public sphere,” Odenthal said.

“Our goal is to engage them throughout that process and have them be champions throughout the zoning and permit boards, just like I’ve done previously in my career. The idea is for them to become advocates for that coverage themselves, because they will directly benefit, and there isn’t a monetary cost for them to do so.”

Odenthal said that PSTC’s near-term plans call for the company to solidify its staff, establish relationships with subcontractors and identify site locations where public-safety/commercial carrier exist.

Meanwhile, first-responder officials should consider ways their agencies could benefit from working with the PSTC, according to Odenthal.

“The next step for public safety is to think about areas where they have this [coverage] issue and whether something can be done to fix that—whether they are a T-Mobile, Verizon or AT&T customer,” he said. “They can contact us or directly contact their individual carrier.

“Many of them have relationships with their carriers already, but the idea of bringing something to the table to solve that problem is really what we’re focused on doing. We want to bring public safety into the conversation, so they have say in what’s occurring and where, to the betterment of both themselves and the public.”