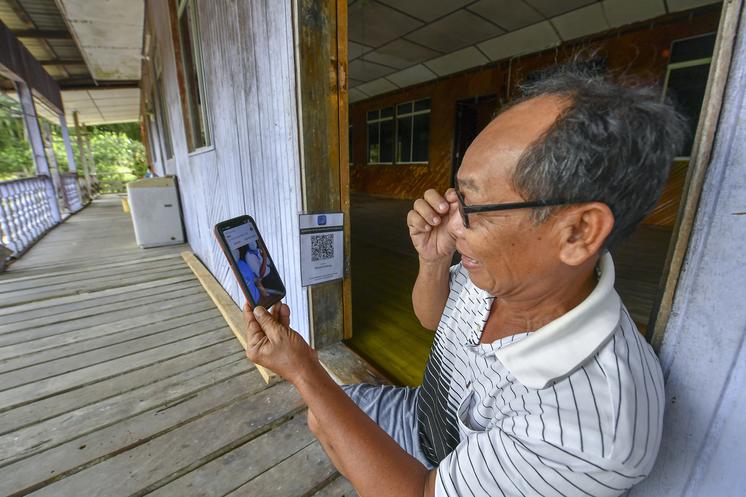 MUKAH (March 18): After being plagued by slow internet speed for a long time, residents around Mukah, especially in the rural areas, are now able to connect with family and relatives through video calls.

This positive development is the result of the implementation of the National Digital Network Plan (Jendela) phase one 2020-2022 in the state, which involved the upgrading of the existing communication towers to 4G network, improving broadband services, and preparing for the transition to 5G technology.

Apart from bridging the communication gap between the urban and rural areas, the initiative was also in line with Sarawak’s efforts to spur the adoption of the digital economy among its people.

Tuai Rumah Kumbong Nyagang, 65, at Jalan Balingian-Matadeng, said the improved services was able to cure his longing to connect with his children and grandchildren, who reside in Bintulu and Miri and could rarely return home due to expensive transportation costs.

“Before this, the telecommunication services in the area regularly tested the residents’ patience because we could only make phone calls and sometimes the calls were unsatisfactory due to weak network connections,” he told Bernama. 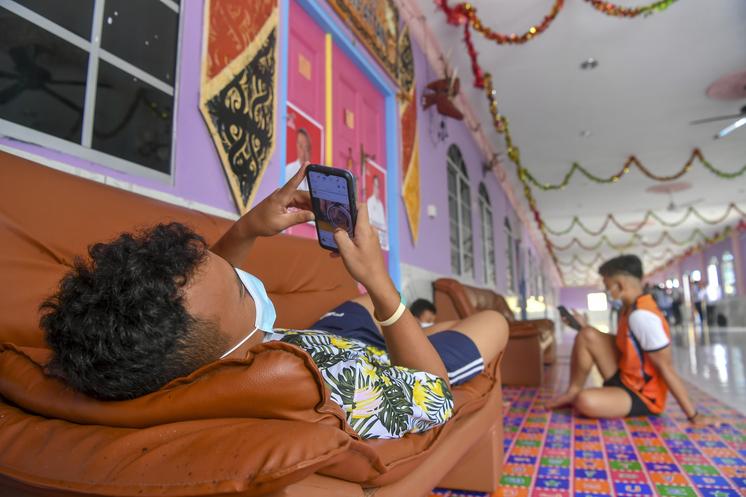 The 3G telecommunication tower in Simpang Ulu Bayan, located about 38km from Mukah town, was to have been upgraded to 4G in 2020, but only 2G and 3G services were available at that time.

However, under Jendela phase one, the tower was finally upgraded to 4G earlier this year, covering 11 longhouses, to benefit about 1,000 residents in the area who wanted to get the latest and authentic news, as well as entertainment through social media.

“I am thankful for the 4G network services. Previously, to make a phone call, sometimes I had to go out to the main road to get a signal,” he added.

Sharing a similar sentiment is another headman, Kalang Mada @Madal, 64, from Sungai Bedengan Ulu longhouse, who expressed his happiness with the improvements in terms of infrastructure and continuity in rural areas as it enables various types of online transactions and payments.

“Previously, the signal was so weak that network kept disappearing. To make important business calls, I needed to walk to the main road for about two km to find a strong signal.

“Now, with the speed offered by 4G, it is easier to do business online, to get local news as well as from abroad smoothly without internet restrictions. It is also easier for students to follow online learning,” he said.

Wilson surfs the net on his mobile phone. — Bernama photo

A resident, Wilson Bantin, 17, who purchased a mobile phone this year, said the network continuity has made it easier for him to follow online learning without any problems, as well as to connect with friends from other districts.

“ I still remember when I was in Form Three, the internet connection was so bad that I had to walk out of the house just to look for signals. Now, I can surf the internet at home on my phone without any obstacles, especially during Covid-19, which had to change the way we communicate,” he added. — Bernama