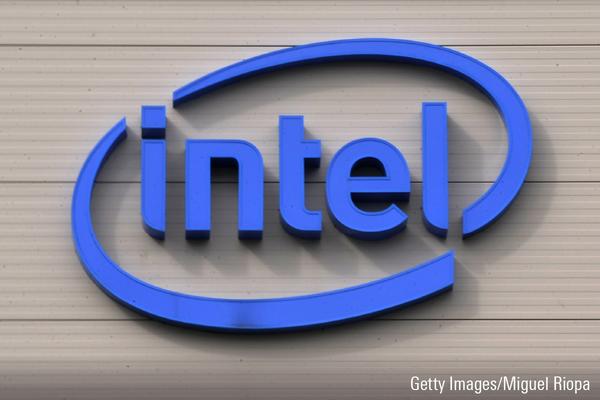 Is It Finally Time to Start Buying Intel Stock?

In his State of the Union address, President Joe Biden singled out computer technology giant Intel (INTC) and its plans to build a massive $20 billion semiconductor plant in Ohio as an example of how America will be building back better.

At the speech that night was the man behind the decision to construct that new facility, Intel’s chief executive Pat Gelsinger. He was singled out by Biden who used the occasion to take a take a not-so-subtle swipe at China President Xi Jinping.

“It’s never a good bet to bet against the American people,” Biden said.

Biden’s nod to the computer world’s granddaddy of chip making served as a reminder, too, that it might also not be a good idea to bet against Intel.

Showcasing Intel may have come as a surprise to many people given its performance in recent years. The pioneer in micro processing has been overshadowed by more youthful and nimble upstarts--think NVIDIA (NVDA)--and long-time competitors in the technology world due to missteps and product delays. Intel’s share price in the last 10 years resembles an electrocardiogram that has flatlined. In that time period its shares are up about 75%, while NVIDIA is up about 6,439%. And over the last three years, Intel shares are down while it's competitors have rallied strongly.

Yet as Intel embarks on an ambitious makeover, investors with long-term horizons could reap big rewards. The market has responded by breathing new life into the stock, which is outperforming its peers year-to-date.

"Intel’s manufacturing advantage over virtually every other chip designer and manufacturers is still intact and durable,’’ Morningstar equity analyst Abhinav Davuluri says. "Between Intel’s x86 dominance in PC and server CPUs, an 85%-plus market share in aggregate, and aggressive focus on new chip opportunities -AI, automotive, 5G, and so on- we think that excess returns on capital are likely with near certainty over the next decade and it is more likely than not that the chip titan earns excess returns on invested capital over the next 20 years.”

At a recent price of $47.51 a share, representing a 27% discount to the $65 fair value estimate Davuluri assigns to this wide-moat stock, Intel is an attractive opportunity for long-term investors. Thatestimate implies an adjusted forward P/E ratio of 18 times earnings and mid-single digit revenue growth. The stock now sports a forward price-to-earnings ratio of about 13.75 times. It pays an annual dividend of $1.46 a share for a yield of 3.11%, which should give a lift to patient investors as they await the results of the turnaround.

The depressed stock price reflects the deep skepticism surrounding Intel’s turnaround plan as well as concerns about near-term margin pressure as the company spends heavily to achieve its goals.

“We like the leadership team led by Gelsinger and we think Intel's long-term aspirations in the data center, networking, and foundry markets are well founded,” says Davuluri. “We think management's spending plans are prudent.” 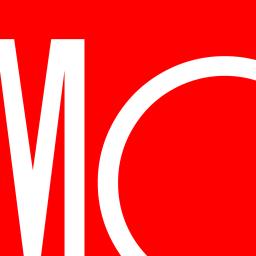 Gelsinger is a 30-year Intel veteran who started with the company in 1979. He wasits first chief technology officer, came back to the fold a year ago from VMware (VMW) , which he shaped into a major force in cloud infrastructure and cybersecurity. In January, he tapped David Zinsner as chief financial officer, poaching him from data storage and memory chip maker Micron Technology (MU). Zinsnerserved in the same position at Micron, and was known as a prudent spender and smart capital allocator.

The duo are wasting no time in laying the groundwork for the company’s future. They are, making a big push into accelerating growth inartificial intelligence, cryptography, data center networking for cloud computing, 5G mobile technology, the Internet of Things, and electric and self-driving vehicles.

“The continued proliferation of technology is driving sustained, long-term demand for semiconductors, creating a $1 trillion market opportunity by 2030,” Gelsinger told the crowd at Intel’s mid-February investor meeting. He laid out the company’s business and financial targets, noting he expects his “roadmap” to lead to revenue growth in the mid- to high-single digits year-over-year in 2023 and 2024. He expects that number to reach 10% to 12% by 2026.

The goal: “doubling down on innovation, driving even deeper collaboration with our customers and partners, and leveraging our core strengths to successfully grow traditional markets and disrupt new ones.”

Just prior to that meetingIntel saidit was buying Tower Semiconductor (TSEM) in a $5.4 billion deal to strengthen and diversify its global reach in foundry services and provide more specialty solutions in the mobile, automotive, and power markets.

Following the announcement of its bold Ohio project, Intel declared it would spend $36 billion to develop a network of advanced chipmaking plants across the European Union to meet the burgeoning demand for chips.

The actions are designed to reduce reliance on foreign suppliers, an issue that surfaced dramatically during the pandemic when supply chain disruptions in the semiconductor industry brought production in a wide range of industries to a halt. Currently, about 80% of global semiconductor capacity is centered in Asia--Taiwan’s Taiwan Semiconductor Manufacturing Co. (TSM) has a 53% share of the market, and South Korea’s Samsung is at 17%.

To alleviate its cost burden and the risk of overcapacity, Intel is partly relying on government incentives and advance commitments from customers. In return, governments and customers are assured of a secure source of supply.

A hallmark of Intel has always been its deep investment in research and development. Yet in recent years the company has been criticized for underinvesting in emerging technologies, allowing others such as Advanced Micro Devices (AMD) and Taiwan Semiconductor to take market share. Another blow: Apple’s (AAPL) decision in 2020 to power its line of laptops with their custom “system-on-a-chip" M1 chips using ARM processors fabricated by Taiwan Semiconductor. The move ended its 15-year relationship with Intel and its x86 architecture.

Gelsinger aims to make Intel the industry leader again , and there is already one sign that he ison the right track: So far this year, for the first time in many years, itsshares are outperforming the competition.

Some savvy fund managers known for their contrarian slants and focus on compelling valuations remain fans. Intel is one of Parnassus Endeavor Fund’s (PARWX) top-10 holdings with a 3% weighting, and it's among the top-10 holdings of the Clipper Fund (CFIMX), managed by value investor Chris Davis, who looks for durable, well-managed large-cap companies trading at bargain prices.

Gelsinger aims to make Intel the industry leader again. Right now there is a lot of smart money betting on him to do just that.