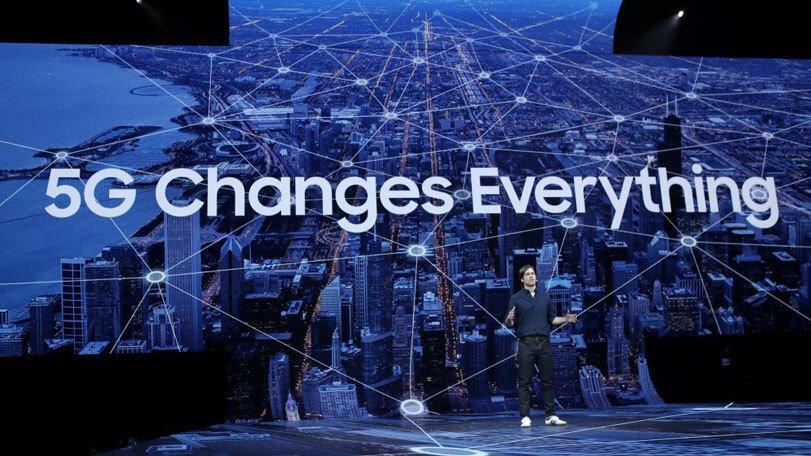 Is a 5G upgrade worth it right now?

The major wireless carriers in the U.S. have used common sales points for the 5G networks they’re deploying—faster speeds, lower latency, better connectivity to name a few. While enticing, customers who are already enjoying 4G coverage might wonder if these enhanced features are worth the cost of upgrading. Doing so would require purchasing a 5G-capable cell phone in order enjoy the fifth generation of wireless. Will this network be so much better than its predecessor that it justifies buying another mobile phone?

Speedtest by Ookla, which provides fixed broadband and mobile network testing applications, data and analysis, recently set out to answer this question. The company recognized that given it’s the holiday season, a popular time to go through a phone upgrade, customers will be tempted to ask, “To 5G or not to 5G?” It analyzed Speedtest Intelligence data from the most popular Android and iPhone devices worldwide during the third quarter of 2021 to help customers see if upgrading was worth it.

Ookla conducted these tests in 13 countries, including the U.S. The company’s analysis includes data on five 4G Android devices in each country. It gathered the most results during the third quarter and the five most popular 5G-capable Android devices. The company also compared the iPhone 13 to the iPhone 11 because, “even the fastest device can only perform at the level of network it’s on.” Ookla also noted that a particular device’s speed can vary depending on the country where it’s being used. Additionally, speeds can change within the same country and network performance will depend on the area’s infrastructure.

Keep reading to see if upgrading to 5G is worth it in the U.S.

If customers are after faster download speeds, upgrading to 5G might be worth the cost, according to Ookla. The company’s study found that 5G Android devices were twice as fast as the most popular 4G devices in regard to median download speed in the U.S.

“The Samsung Galaxy S21 Ultra 5G showed the highest median download speed among these devices at 69.78 Mbps, compared to the fastest 4G device surveyed, the Note10+ at 35.98 Mbps,” the company said. “That said, 5G-capable devices in the U.S. underperformed when compared to other countries, except Japan and South Africa.”

Additionally, even the aforementioned Samsung 4G Note10+, the fastest 4G device, wasn’t close to the slowest Android 5G device, the Samsung Galaxy S20+ when it comes to download speed (63.30 Mbps).

Meanwhile, Speedtest Intelligence data revealed the iPhone 5G-4G download speed race was not much of a contest either. The iPhone 13 (95.10 Mbps), registered approximately three times as fast at the iPhone 11 (32.08) in the U.S.

Whether or not a 5G upgrade is worth it will depend on how much a customer prioritizes speed. If it matters a lot, Speedtest Intelligence data shows purchasing a 5G-capable device will deliver plenty of speed—between two and three times as much as 4G depending on if the customer is upgrading an Android or Apple devices. If a customer decides their phone moves quickly enough on the 4G network, upgrading might not be worth the time, effort and money as speed is what really separates 5G from its predecessor.

The U.S.’s underperformance compared to other countries can be looked at in two ways. Either, the U.S. has plenty of room to grow and improve its download speeds, or the country is off to a bad start when it comes to 5G. Either way, if a U.S. customer wants to upgrade to a network that’s faster than their current one, the 5G upgrade might be worth it. If they’re seeking the fastest overall 5G network, they may have to wait a while.

Mobile phone customers might not be the only people questioning if upgrading to 5G is worth it. Airline executives and aviation officials have recently raised concerns about potential equipment interference, Bloomberg reports. Officials have said the new wireless signals could the airplane and helicopter equipment that tracks aircraft altitude, which could prohibit landings in poor visibility and create delays, diversions and cancellations.

Time is currently running out on White House officials, regulators and industry groups to come up with an agreement before the service begins on January 5. Wireless carriers AT&T and Verizon have offered power reductions, but the aviation industry said those cuts were, “inadequate.” 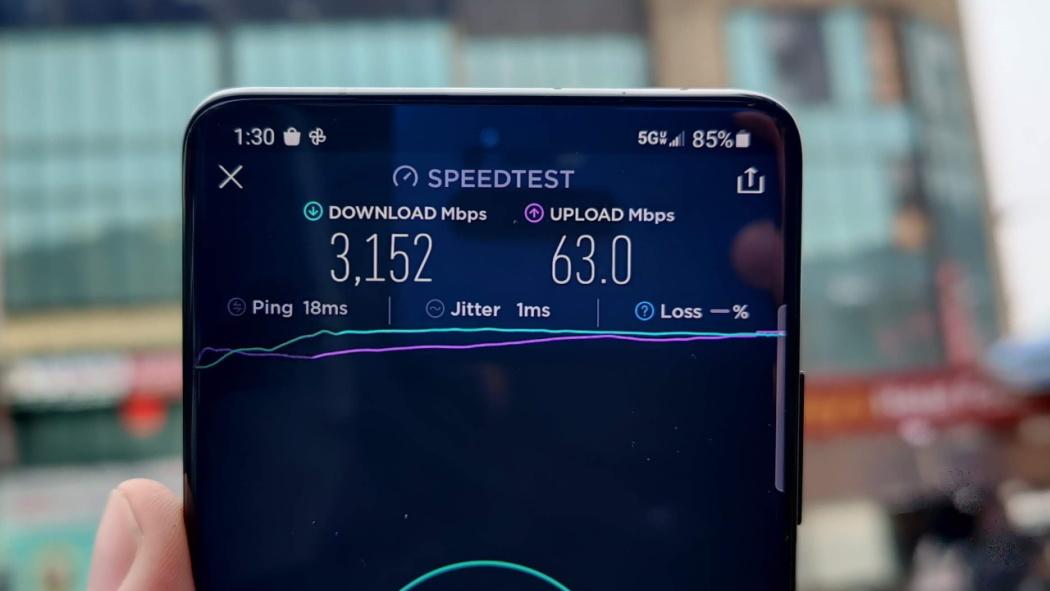 “If you were to ask us what our number one concern is in the near term, it is the deployment of 5G,” Southwest Airlines Co. Chief Executive Officer Gary Kelly testified at a Senate hearing on December 15.

Meanwhile, the National Economic Council told aviation industry groups at the December 10 meeting that their proposal to have 5G power levels near airports be decreased more than mobile providers initially promised was not accepted, per people familiar with the discussions. Because of this, the aviation industry is beginning to prepare for some service cuts because the Federal Aviation Administration will act on the side of safety for even the slightest chance that 5G signals could pose a threat.

“What that means, ladies and gentlemen, is nothing less than a lot of flights are going to be canceled,” Jeffrey Shane, a former airline industry official who also served in the U.S. Department of Transportation, said during a December 10 government advisory panel on protecting radio frequency.

In terms of the potential interference, 5G signals would operate in airwaves close to the ones radar altimeters use. They determine altitude by bouncing radio waves off the ground. According to the aviation industry, tests revealed that 5G could interfere with the altimeters and create hazards, especially during inclement weather landings. Mobile providers disagree; they said 5G signals have enough separation from the frequencies altimeters use and are set to operate at safe levels.

Wireless carriers continue to insist that 5G service will dampen airline safety. Their stance could be partly motivated by the fact that they paid approximately $80 billion for rights to contested airwaves earlier this year, according to Bloomberg. Regardless of carriers’ motivations, they have pushed back against the airlines’ predictions of 5G causing upcoming trouble.

“The aviation industry’s fear-mongering relies on completely discredited information and deliberate distortions of fact,” Nick Ludlum, a senior vice president at the trade group CTIA, which includes AT&T and Verizon as members said.

“5G operates safely and without causing harmful interference to aviation operations in nearly 40 countries around the world,” Ludlum added in an email. “U.S. airlines fly in and out of these countries every day.”

Meanwhile, the FAA and aviation groups noted that other countries have implemented protections that are similar to what they’re looking for. Airline industry groups also said the frequencies other countries use are placed farther away from the ones assigned to aircraft equipment. The Federal Communications Commission (FCC) however has declined to put any more restrictions in place and said it’s working with aviation regulators to resolve the issue.

Meanwhile, it’s not only major U.S. wireless carriers who remain undeterred by any potential 5G deployment setbacks. Traditional cable companies and large tech companies like Amazon are joining the 5G deployment race, TechCrunch reports. These companies are expected to invest an additional $275 billion to deploy their 5G macro and small cell sites.

If carriers and other businesses truly want to leverage their 5G networks, they’ll likely have to compete for rooftop space, according to TechCrunch. The real estate atop places like restaurants, hotels, and residential buildings have become key targets for telecom companies to set up their 5G technology—especially in highly populated areas.

“Next-generation wireless deployments are positioned to be one of the largest allocators of lease revenue in the United States over the next five years, creating a seismic opportunity for landlords and other business owners,” 5G LLC founder and principal partner Matt Davis wrote for TechCrunch.

Typically, there is opposition in some areas to building additional towers. 5G deployment halts some of that resistance however because the technology is a better fit for existing rooftops as the antennas don’t reach as high. This puts CRE owners in a more advantageous position than tower operators for carriers to have a more efficient solution for their wireless real estate requirements.The rooftop 5G deployment option is a win-win for the wireless carrier and the CRE owner. Carriers deploy their infrastructure quickly in highly populated areas while building owners benefit financially by leasing their rooftops and generating additional revenue.

“The impact on the net operating income for real estate owners and the revenue generated over the terms of a potentially 30-year lease can be substantial, increasing their access to capital,” Davis wrote. “In addition to collecting payments in return for leasing its rooftop to the carrier, landlords are also able to provide better services to tenants with high-speed broadband connectivity.”

Again, how much a customer needs a 5G-enabled phone will depend on how much speed matters to them. If they find that their current 4G LTE network works for them, an upgrade might not be necessary.

“If your service right now seems just fine, if LTE is working for you and it gets the job done, you’re probably not going to benefit that greatly (from switching to a 5G phone),” Ookla CEO Doug Suttles told The Washington Post in September.

As 5G becomes more accessible across the U.S., customers might want to then consider upgrading to a 5G phone, however. Wireless carriers and now even cable and tech companies are investing billions to deploy the next generation of wireless with the intention that the difference between 4G LTE and 5G will be much more noticeable in the future. When that happens, a device upgrade might be truly worth it.