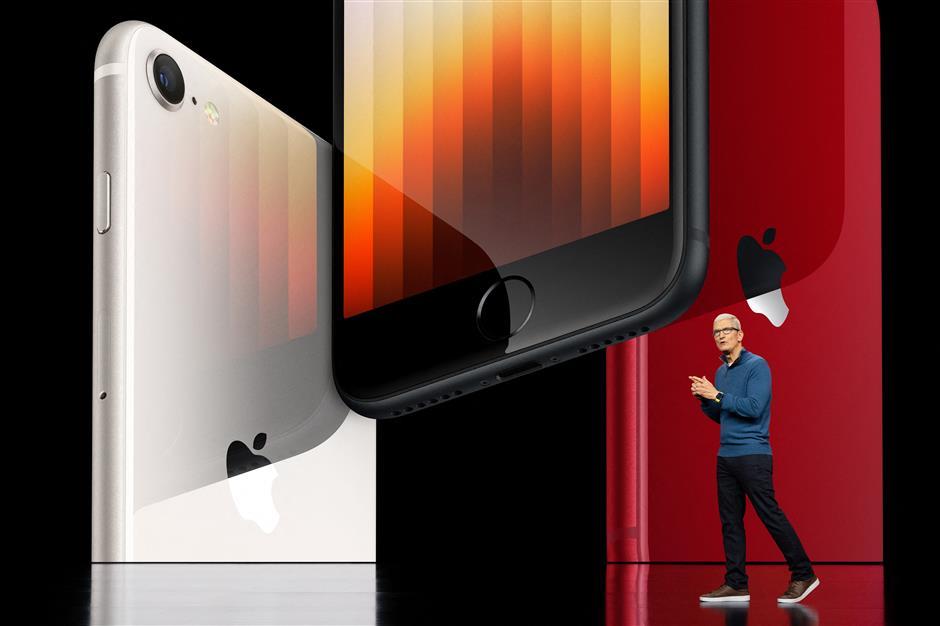 If there’s one thing you can say about Apple these days... it’s that the stuff they make is FAST.

There was no more obvious example of this than at the big ‘Peek performance” event broadcast by the iPhone-maker this week.

It was all about speed - from the connectivity of the new mid-priced iPhone SE, to the monster processing power of the new M1 Ultra chip... things are moving quickly in Apple’s world.

Here are the biggest things announced at the event this week.

The iPhone SE is Apple’s cheapest iPhone, and it hasn’t been updated for a while.

That has all changed.

The new SE features the same design as the previous model and looks like an iPhone 8. But it now features the A15 Bionic chip on the inside - the very same chip found in Apple’s latest flagship iPhone 13 and 13 Pro.

And that’s not all - Apple has also added 5G connectivity for fast data, a bigger battery, and a better camera system with software smarts powered by that faster chip to bring some serious photo features to the whole experience.

The SE is capable of much better dynamic range, as well as the ‘photographic styles’ pioneered in the iPhone 13 which allow you to customise how the camera on your phone works.

The camera is a new unit, with a 12MP sensor and a f/1.8 aperture for great low-light images.

The SE is all about compromises, but the compromises it makes are obviously all the right ones.

There’s no FaceID - there’s still a home button with TouchID, and there’s only a single wide camera unit on the back.

But the power is where it needs to be - in the processor, and in the connectivity.

There’s never been a better tech bargain than a new iPhone SE on launch day.

The iPad Air is Apple’s middle of the line iPad - faster than the entry-level iPad, with support for Apple Pencil 2, but without the FaceID you find in the iPad Pro. 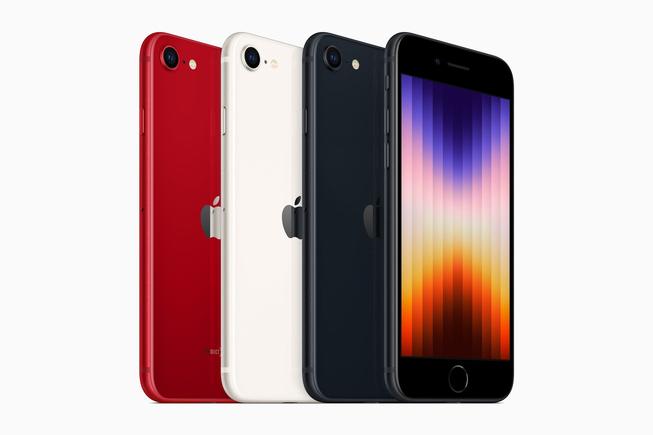 That hasn’t changed - but what has is, again, the speed. Apple has put the M1 chip that powers the iPad Pro into the Air... so you’re getting a massively upgraded experience for a lot less cost.

Like the iPhone SE we’re looking at compromises to keep the cost down -but there’s no compromise on power and performance.

The other thing that has changed is the front camera system.

The new ultra-wide camera in the front of the new Air allows for this new device to support Centre Stage - Apple’s video calling software that keeps you, and anyone else involved, in shot at all times dynamically… even if you move around.

The Air is a massive upgrade on the standard iPad, but costs a whole lot less that the Pro - it starts at £569.

As well as the new iPhone SE, Apple also revealed a new colour option for the iPhone 13 variants.

Last year at this time a purple iPhone 12 was revealed… this year they’ve gone for green. And very fetching it is, too.

The Pro's colour - Alpine green - is lighter and the edges have a sophisticated polished finish.

Of course, the phones do everything the regular 13 series phones do - with clever cameras, a fast chip, and a durable finish.

Aimed more at those who need the maximum horsepower than general users, the Mac Studio and Studio Display were also revealed at the event.

The Mac Studio is a brand new form-factor for the Mac - it has a tiny 7.7in square footprint and stands only 3.7in high. It looks very cool, but what’s even cooler is what’s inside.

You can buy it powered by the M1 Max chip Apple revealed last year, but there’s now an even faster option, the M1 Ultra. This chip boasts maximum power, and is essentially two M1 Max chips fused together.

It is screaming fast, and will be much sought-after by users with heavy lifting to do - whether that’s video, photos, programming or music. It’ll handle pretty much anything you can throw at it without breaking a sweat.

Just to give you some date of how powerful it is, Apple says it’s capable of playing back up to 18 streams of 8K video simultaneously…

The companion Studio Display is built to match the Mac Studio, offering a 27in 5K display, with built in ultra-wide webcam (which supports the Centre Stage feature), and a sound-system to rival the best.

It even has a chip of its own to power these features - built in is an A13 Bionic chip.

All the new stuff from Apple will hit the shops on Friday, March 18 - check the Apple website for more.

Keep up with all the latest tech news