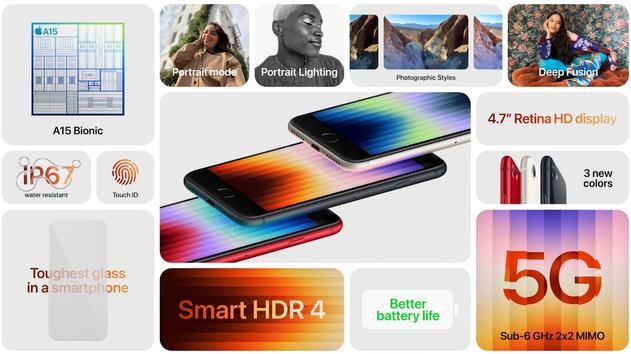 iPhone SE 2022 pre-orders: how and where to buy Apple's latest budget phone

After a few days wait, pre-orders on the brand new Apple iPhone SE 2022 are now live. While the device will 'officially' be released (and available in store) next Friday, you can now reserve yourself one of these new budget-focused smartphones from Apple itself or a number of leading carriers.

If you're wondering where to pick one up, or whether you should even consider this device, then you've landed right in the right place. We've not only got the best iPhone SE 2022 deals for launch right here, but we're covering specs, price, and everything you need to know about this new Apple device. So far, it's looking like a fantastic budget option but it won't be for everybody - a point we'll be covering further down this page. First up, let's take a look at where iPhone SE 2022 pre-orders are currently live.

Pre-orders are now live for a Friday 19th March release date. If you order a device fairly soon you should get your device by that date - which is when phones will be available in store also.

So far, Apple itself and several major carriers have launched their pre-orders with some juicy promotions. Here are the best ones so far:

Apple iPhone SE 2022: get an iPad for $13/mo with iPhone purchaseWe were expecting Verizon's iPhone SE 2022 deals to offer big trade-in rebates at launch but instead the carrier is offering an iPad bundle promo. Specifically, order a new SE with your iPad of choice and you'll get a $200 gift card promo - which is enough to cut the cost of the iPad down to under $13 per month if you go for the latest 10.2 iPad.

Apple iPhone SE 2022: save up to $650 with a trade-in at AT&TAT&T's offering its standard trade-in rebates with its launch iPhone SE 2022 deals, which means you can get up to $650 off this particular device. Note, we've listed the maximum saving here - which is only eligible with super high-end devices. A more realistic estimate, for the iPhone 11 for example, would be around $190 off, which is still a nice little price cut on this new budget device.

Apple iPhone SE 2022: 6-months of free service with device at Mint MobileGoing prepaid? Mint Mobile is a great choice and it's offering new users a chance to get a whole 6-months of service for free right now. To be eligible, you'll need to purchase a device outright with a 6-month plan. This can be quite pricey upfront but if you do that you'll be set for a full year of speedy 5G data. Going with Mint will mean big savings in the long run - especially if you were also considering going with one of the bigger carriers. 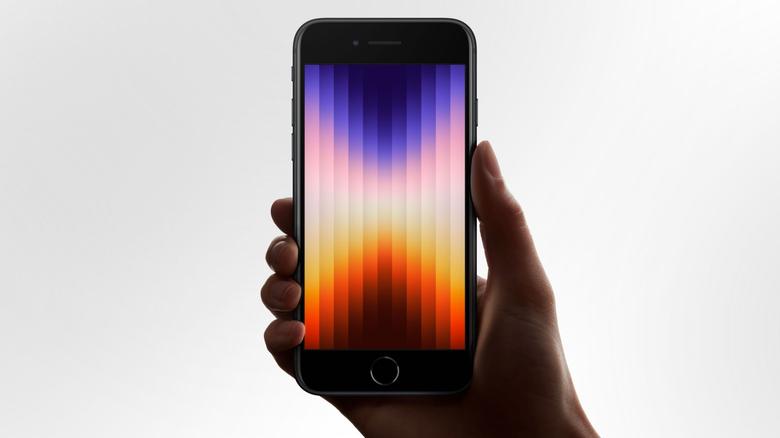 Apple iPhone SE 2022: from $7/mo with unlimited plan at WalmartWalmart has listed carrier iPhone SE 2022 devices for as little as $7 per month today - one of the best prices we've seen so far. Eligible with a new plan at either Verizon or AT&T, it's highly likely you'll have to trade-in a device here to get the best rate - or sign up for a pricey 5G unlimited data plan. Note, we've linked to the Verizon carrier version here but you'll also find an identical listing for AT&T devices here.

Apple iPhone SE 2022: get up to $650 off with a trade-in at AppleAhh, the classic. Yes, the Apple trade-in program is, as you would expect, available on the latest budget device from the brand. At launch, you'll need an iPhone 8 or later to be eligible here but a maximum saving of up to $650 will be in effect. While enough to technically cover the entire cost of the device, it's likely you won't get the full amount if you're upgrading from a 2020 SE, so bear that in mind.

At launch, the baseline iPhone SE 2022 will cost $429 - which is $30 pricier than the previous entry and a little bit more than early rumors suggested. However, for the upcharge, you're certainly getting a massive jump in power over the previous model.

This introductory price also doesn't disrupt the new iPhone SE 2022's place as the budget device in the Apple smartphone range - it's still going to be the cheapest new iPhone in the range.

What colors does the iPhone SE 2022 come in? Well, at launch, you've got the choice between Midnight, Starlight, and Product Red - which are essentially the same colors as the previous entry. We were secretly hoping that Apple would include a few more shades with this release - like on the iPhone 13 (which is getting a new green color). For now, however, it's the basic white-black-red choices we've grown accustomed to.

First off, the biggest selling point for the new iPhone SE is undoubtedly the A15 Bionic chip, which is the same processor featured in the high-end iPhone 13. Having such a powerful chip in a mid-range device is a real scoop and now means this humble 'budget' iPhone is challenging even the most premium Android devices when it comes to power.

However, for most users, it's going to be the features that this chip unlocks that are the real highlight of this device. Not only will it get you 5G on a budget Apple device (finally), but it'll mean you'll unlock some handy algorithmic features like live text translation and more camera wizardry. Apple also claims that this new chip will enable this iPhone SE 2022 to be more battery efficient, something its predecessor struggled with its tiny battery capacity.

It's not all good news, though, as the iPhone SE 2022 has the same basic design as the old iPhone SE 2020. That means you've got all the latest tech crammed into a basic design that's been around in some form or the other since 2018 with the iPhone 8. It still holds up in a way but bear in mind you're getting big, thick bezels and a relatively small 4.7-inch display - something that lags behind the competition when it comes to screen real estate.

According to the company, the new iPhone SE 2022 will ship with Apple's latest iOS 15 operating system and be guaranteed updates for many years to come.

Should you pre-order the iPhone SE 2022?

If you're a fan of smaller devices or simply looking for a powerful smartphone on a budget, the new iPhone SE 2022 is indeed a compelling choice. While aesthetically dated, it's easily the most powerful (and feature-packed) device in its price range. For the trade-off of a smaller screen and a weaker camera, you're essentially getting a pocket iPhone 13 on a budget.

It's also highly likely we'll see some great introductory promotions on Friday that could easily see you paying much less than the full retail price. If you've got an old device ready to trade-in, in particular, we'd recommend holding out to see what you can get. In the past, trade-in rebates have easily covered the 2022 model, so we expect something similar on this one. We'll be posting a full iPhone SE 2022 deals predictions page in the following days, so stick with TechRadar for the latest information on this new device.