When iOS 15.4 ships people will be able to use Face ID while wearing a mask, but Apple is now warning people that the feature will require their attention even if they have that disabled normally.

Users of Face ID have always been able to disable the "Require attention" feature of Face ID, allowing the biometric security mechanism to unlock their iPhones without them needing to look at it. But with iOS 15.4 beta 3, Apple is now warning people that attention will be required when wearing a mask, regardless of what settings they have.

The new message was first spotted by YouTuber Zollotech — the video below is already at the require timestamp: 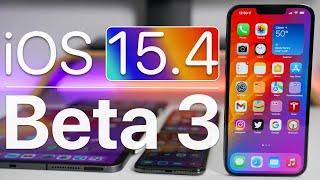 If you turn this off, Face ID will unlock your iPhone even if your eyes are not clearly open and looking at the screen. Face ID will always require attention when you're wearing a mask.

Apple continues to tweak how Face ID works when someone is wearing a mask and has already made clear that it requires clear sight of a user's eyes in order to work. This new message further drives that point home. Regardless, being able to use Face ID while wearing a mask could well be the best iPhone feature we get this year — iOS 16 included!

Apple is likely to make iOS 15.4 available to everyone this spring, although no official timeframe has been given. The new iOS 15.4 beta 3 was only made available to developers recently and there are likely to be more beta updates before the release is ready for primetime.

A signed Steve Jobs job application for Atari was withdrawn from auction this week, following a revelation that called its provenance into doubt.

Free to show off

Don't go with a boring opaque case when you could show off your iPhone 13 to its best advantage. A good clear case is the next best thing to a naked iPhone.