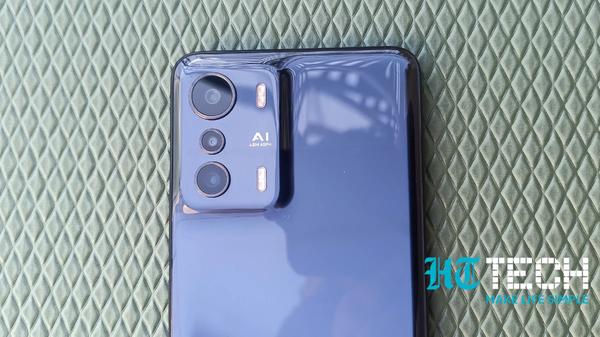 With its release, the Infinix Zero 5G has joined the battle of sub-Rs. 20,000 5G smartphones along with Redmi Note 11T 5G, Motorola G71 5G, Realme 8s 5G and Vivo T1 5G. Brands have become pretty aggressive in the 5G race, with most brands aiming to launch their own devices before the spectrum allocation. But before 5G networks are properly built in India, which can take up to two years, it is no use to judge a smartphone on those merits, in my opinion. What matters is whether the only selling point of a smartphone is its 5G band or whether it actually offers value for money in all departments.

Priced at Rs. 19,999, it comes with a 8GB RAM plus an additional 5GB virtual RAM and 128GB internal storage. The smartphone definitely punches above its weight when it comes to performance and design. But there are some undeniable flaws as well. So, should you be buying it or not? Well, I have used the smartphone for two weeks and here is the Infinix Zero 5G review to help you make that exact decision.

The smartphone is available in two color variants of Cosmic Black and Skylight Orange. Cosmic Black has a minimalist appearance with a glossy finish at the back. Skylight Orange has a vegan leather finish and a leathered texture that offers a better grip than the black one. I had the black variant and while I personally prefer the color, I wasn’t a fan of how much of a smudge magnet it was. However, if you prefer glossy finish with minimalist design, this might not be an issue for you.

But it was the design and look of the smartphone which won me over. Although it does not have a glass rear, it looks just as stunning. The Infinix Zero 5G comes with a unicurve design which means it does not have any hard edges. The design is not very common and was last seen in the Oppo Find X3. The camera panel is raised but the softened curves make it not stand out too much. It comes with a side mounted fingerprint sensor on the power button. Also, the power button is almost in-line with the chassis of the smartphone, which I really liked. It is located just right so your thumb will naturally rest on it.

The Infinix Zero 5G has a tall frame but it comes with a very sleek body and weighs just under 200 grams which makes it just right to handle with one hand. Its in-hand feel is also quite nice although you’d probably need the second hand to reach the top of the smartphone. If big smartphones are not your thing, it might be a problem for you. But for me, the combination of a minimalist look, a light and sleek body and unicurve design has definitely impressed me.

The Infinix Zero 5G comes with a large 6.78-inch FHD+ LTPS display with very thin bezels on the side and top. The lack of AMOLED display at this price range is a little disappointing. However, LTPS is great for improved resolutions and the picture quality is very sharp and maybe that can help you forget the high contrast of AMOLED. Although the viewing angles are still pretty decent and no darkening of screen was visible even at almost 90-degree angles. One downside is that the display is not too bright and it is noticeable in bright sunlight. 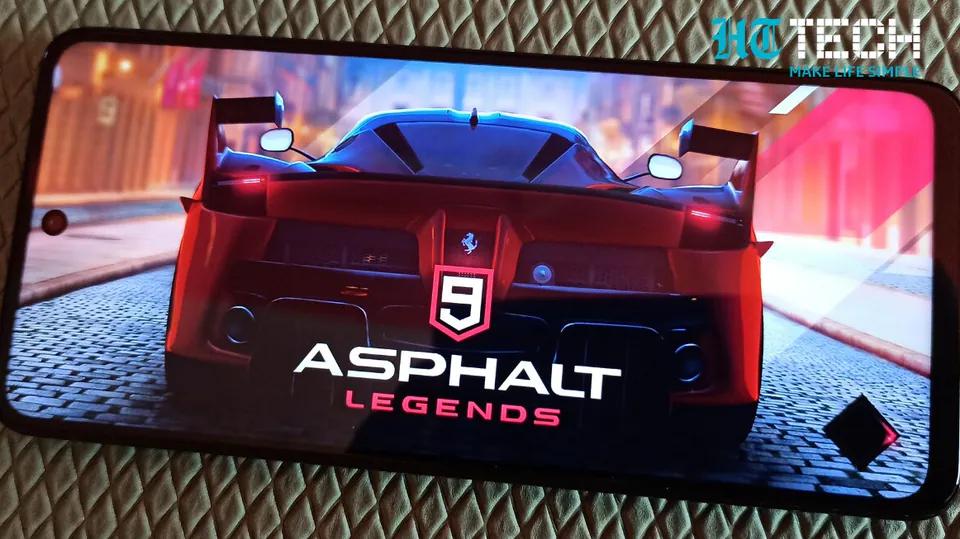 The 120 Hz refresh rate and 240 Hz touch sampling rate really make the screen very responsive. This is especially noticeable while playing games. My one serious problem is lack of Widevine L1 certification which will restrict the video resolution on most OTT to 480p. While this does not become an immediate deal breaker, if you like watching your content on your smartphone, this might be an issue.

With Mediatek Dimensity 900 processor and an 8GB RAM that is further expandable to another 5GB through virtual RAM, performance is where the Infinix Zero 5G steals the game. I spent time playing some very demanding games like Battlegrounds Mobile India (BGMI) in HDR ultra mode and got consistent 60 FPS for a sustained period. I also played Call of Duty (COD) Mobile at high settings and Genshin Impact, which is a very high graphics game and faced neither any frame drops nor any heating issues.

The Infinix Zero 5G runs on the company’s native XOS v10, which is based on Android 11. The software is filled with pre-installed apps which sadly cannot be removed and share a lot of notifications throughout the day, which became somewhat frustrating for me.

On gaming, while the visuals and performance is great, the haptic feedback was somewhat average. The single stereo speaker, while loud, is quite flat and the audio experience is average at best. The smartphone features some party tricks like Game Mode where you can have an optimized experience of playing games, Social Turbo where you can get various features while using social media apps like voice changer, sticker maker, voice recorder (which I found quite helpful) and a Peek mode where you can read messages without sending receipts.

While the company claims that it has tested 5G support for 13 different bands, I was not able to test it out. On 4G, the network connection is pretty strong and the call quality is also very good. If you can ignore the pre-installed apps, notifications and average audio quality, the overall performance of the smartphone definitely is much better than its price range and definitely offers a powerfully packed device compared to its competitors.

The camera has kept me torn on opinion. It has a triple rear camera setting with a 48MP primary sensor, a 13MP portrait camera and a 2MP depth sensor. On one side, it lacks a wide lens or a macro lens which a lot of other smartphones offer. But on the other hand, it offers Bokeh mode, which not many smartphones are offering. It is a question of preference, but as far as I’m concerned, I did miss the wide angles while clicking pictures.

It does have a 2X telephoto zoom and that is what makes the portrait mode so much better. The images have good sharpness and colors are more or less consistent. However, I found the images to be a bit on the softer side. This effect is more prominent in night time photography, where even the details of the image are lost. Overall, while the camera is decent, I would have expected better performance in this price range. Redmi Note 11T offers much better value, if camera is one of your main priorities.

On the front, there is a 16MP selfie camera. While generally decent, in my experience the images felt a little over-processed. The good thing is both the rear and front camera support 4K 30FPS video recording which is a really nice feature in the price range.

You can check the same images from the camera here.

Even with a slim design, the Infinix Zero 5G packs a powerful 5,000 mAh battery. Dimensity 900 optimizes battery life quite well and even after my moderate to heavy usage of the phone, which included playing games, watching videos, going on voice and video calls and more, the smartphone easily lasted me 1.5 days on average. The 33W fast charging support is also great and takes the smartphone from zero to full within 90-100 minutes.

The Infinix Zero 5G is an interesting smartphone that does some things extremely well while barely making the cut in some other departments. The software needs improvement, the speaker requires a boost, the camera is average at best and lack of Widevine L1 is definitely disappointing.

But there are positives as well. The overall performance, fast response and propensity of undertaking heavy duty apps makes the smartphone really stand out. And the really sleek design and great battery life adds to the overall value.

If you are a heavy smartphone user and do everything from video and photo editing to gaming, this is a no-brainer. But if you’re a casual user who prefers to take a lot of pictures or watch tons of movies and series, maybe not the best pick for you.