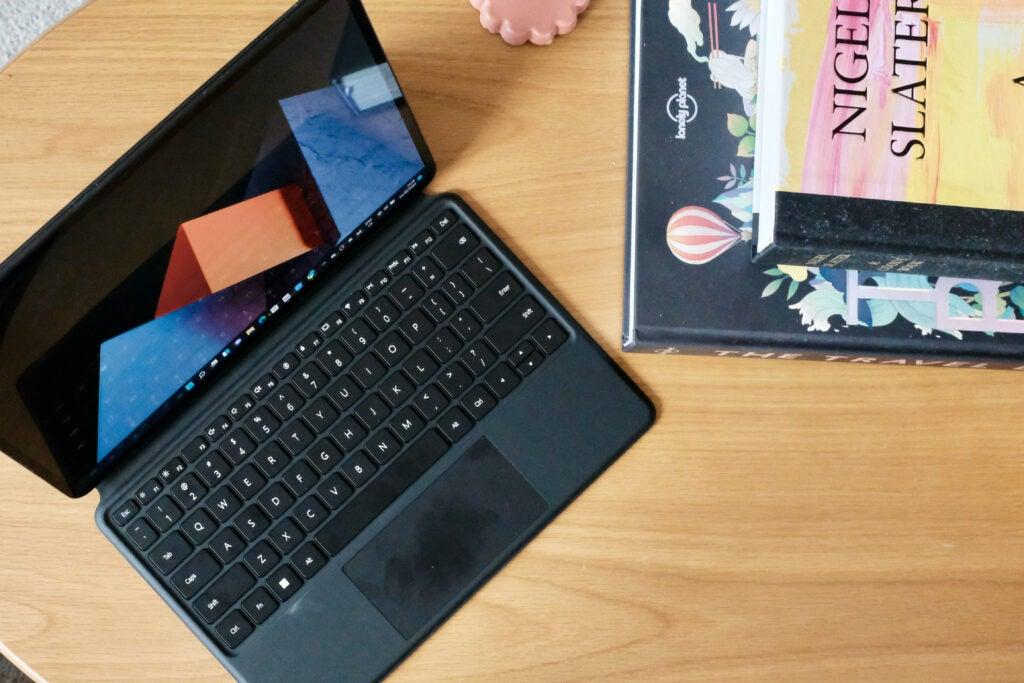 The MateBook E looks more like an Android tablet than a Windows machine. Its 7.99mm thickness means it’s probably slimmer than your smartphone, and its simple, dark styling and OLED display are geared towards movie watching versus the IPS screened, silver-rimmed Windows alternatives we’ve seen in the past.

Matched with minimal ports, the MateBook E’s stripped back styling means it’s difficult to get confused when navigating around it. There’s one Thunderbolt 4 port for connectivity, a power button/fingerprint scanner combo and pogo pins that connect it to a keyboard dock. 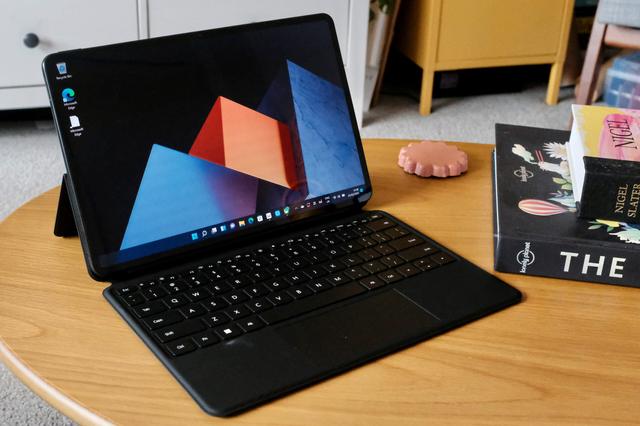 The back panel is matte plastic, and the tablet feels comfortable to the touch, but clings onto fingerprints very readily. Available in just one colour, Nebula Gray, it also weighs 709g, making it a solid, slender slab of tech – heavier than the 641g iPad Pro, but over 100g lighter than the Surface Pro 8.

The lack of flourish around the MateBook E’s body – just a camera bump around the back and a subtle insignia, make its OLED display pop even more, with the expansive 90 per cent screen-to-body ratio and ample 12.6-inch size shining.

Thanks to a high resolution of 2560 x 1600, the MateBook E is only slightly less sharp than an iPad Pro or Surface Pro. When working on it, you’ll be hard-pressed to spot individual pixels unless you peer right up close to the tablet, and brightness and contrast levels both impress.

The picture looks zingy on the MateBook E. After a lifetime of LCD Windows devices, at first, the colours looked a little too full-bodied. We quickly got used to it though, and for editing photos or watching movies, the screen did a great job of being colour accurate and looking sumptuous.