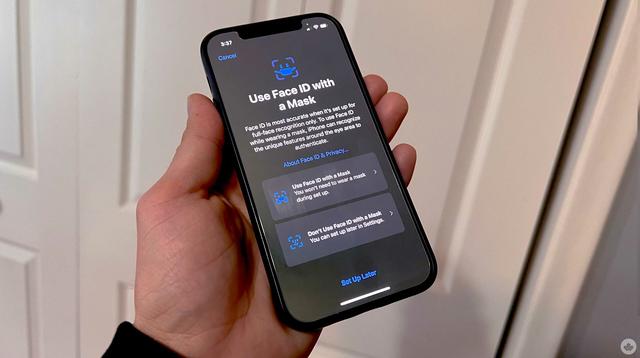 Apple dropped iOS 15.4 on Monday, March 14th and with the update came new emojis, an additional voice option for Siri and minor bug fixes, though frontrunning the release is the long-requested support for ‘Face ID with a mask.’

While Apple released a temporary fix for using Face ID while wearing a mask with iOS 14.5, it required you to own and wear an Apple Watch. Now, however, your iPhone will scan and analyze unique features and characteristics around your eyes to identify you.

Fret not those who wear eyeglasses, the feature works for us too, so no more pulling the mask down for a split second or typing in your passcode! 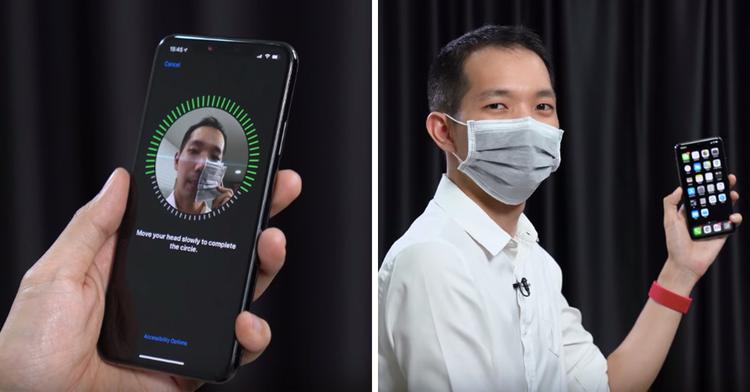 It’s worth noting that, unfortunately, the new mask-enabled Face ID doesn’t work on all Apple iPhones, even if your device is running iOS 15.4. The feature is limited to iPhone 12 and newer models, which means the new iPhone SE (2022), which ships with iOS 15.4, can’t unlock your phone just by looking at you if you’re wearing a mask.

To set up the new feature, you’ll first have to update your phone to iOS 15.4. Upon rebooting, your device should automatically prompt you about the new feature, and to set it up. If for any reason it doesn’t, head to settings, navigate to ‘Face ID and Passcode,’ and scroll down to ‘Face IDwith a Mask,’ as seen in the image referenced below:

Your device will now scan your face, more so your eyes, so make sure you’re not wearing sunglasses or eyeglasses. The procedure works similarly to standard Face ID setup where you’ll have to rotate your face in a circular motion. The process is swift and doest take more than five seconds. For those who wear glasses, you’ll have to go through an additional scan. Right below the ‘Face ID with a Mask’ toggle, you’ll now see an ‘Add Glasses’ option, as seen in the screenshots below:

In my personal experience, the feature doesn’t work, unfortunately, but other members of the MobileSyrup team have been more successful. I’ve tried setting up the new feature four times since yesterday, in multiple different lighting conditions, with eyeglasses, without eyeglasses, while wearing a cap and without one. I’ve tried rebooting my device and then setting up the new feature with no success.

Apple’s support page for the new feature mentions “To use Face ID with a mask, Face ID must clearly see your eyes and the areas around the eyes.” I tried it with my eyes wide open, and I’ve tried it with a resting face, and nothing works. Normal Face ID without a mask still works perfectly, with or without eyeglasses. Further, for what it’s worth, I’ve tried different coloured masks too to no avail. For reference, I use an iPhone 12 Pro.

On the other hand, my housemate, who uses the latest iPhone 13 Pro is able to unlock his phone while wearing a mask without a delay or without having to alter the angle of the phone. I don’t think it has anything to do with a one-generation newer iPhone, but at the same time, I also can’t rule the possibility out.