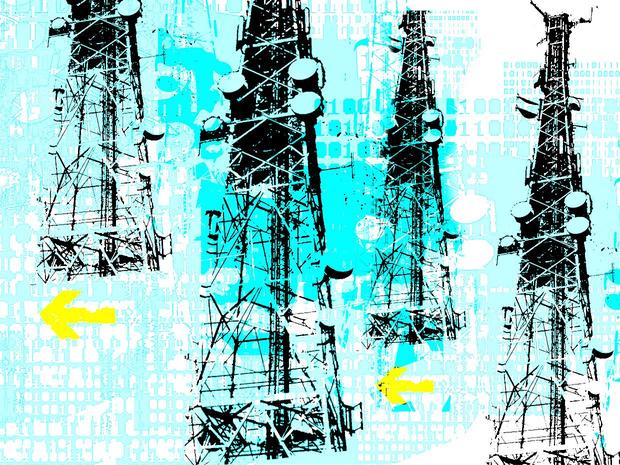 Communications bring us all together, and people are always experimenting with new ways to communicate. Despite—or perhaps because of—the global pandemic, 2021 saw plenty of new innovations for communications technologies. 5G has cemented its place in the cellular world, even as the industry looks toward 6G. Companies experimented with new kinds of satellite networks, new ways of building cell towers, and new ways of creating holograms. And even as the pandemic created a remote work world, some governments clamped down on wireless communications.

So in case you missed anything, we’ve got you covered. Here are the highlights of what went down in telecom this year:

Back in July, ham-radio operators in Florida began noticing interference swamping many of the amateur broadcasting bands. After coordination with operators in South America and Europe, the source of the interfering signals—which sound like “the unfortunate offspring of a frog and aDalek”—was quickly identified as Cuba. At the time,Cubans were protesting in large numbersin response to the government’s handling of the pandemic and other economic woes, and many theorized that the government had cracked down on amateur radio bands as part of a wider response. The jamming seems to have subsided since (you can check for yourselfby following the instructions in the original story) but for several days this past summer, it caused a lot of confusion and anxiety in the ham-radio community.

How the Huawei Fight is Changing the Face of 5G

There was a time whenHuawei was ascendantin the wireless world, and the consensus in the industry was that the equipment vendor was the one to beat when it came to 5G. Now…that’s not quite so true. After three years of sanctions by the U.S. government, portions of Huawei’s hold on 5G infrastructure and mobile devices have slipped. The biggest fall came in its smartphone business, where in 2021 alone the company’s revenue dropped by US $30 billion to $40 billion (from a reported US $136.7 billion in 2020). Huawei isn’t down and out yet, however—it’s still one of the largest telecom equipment vendors in the world, and the company still sees plenty of interest for its infrastructure technologies around the world. And there’s 6G to think about;regional battles over the future direction of cellular technologiessurely won’t die down anytime soon.

The Internet of Things is still a contentious ecosystem. A handful of different wireless standards—5G for IoT, LoRa, Zigbee—are vying for dominance in the space. Slowly but surely, however, LoRa (short for long-range, low-power) seems to be winning out. In March, satellite startup Swarm, which carries the dubious honor of having conducted thefirst illegal satellite launch in history, announced it would be using LoRa for its space-based IoT relay network. The company demonstrated that LoRa indeed lived up to its name, as it was able to send signals up to 2,900 kilometers, or roughly the distance between Los Angeles and Chicago. In August, Swarm wasacquired by SpaceX, further cementing the company’s—and by extension, LoRa’s—place in anemerging IoT satellite industry.

The U.S. Government Finally Gets Serious About IoT Security 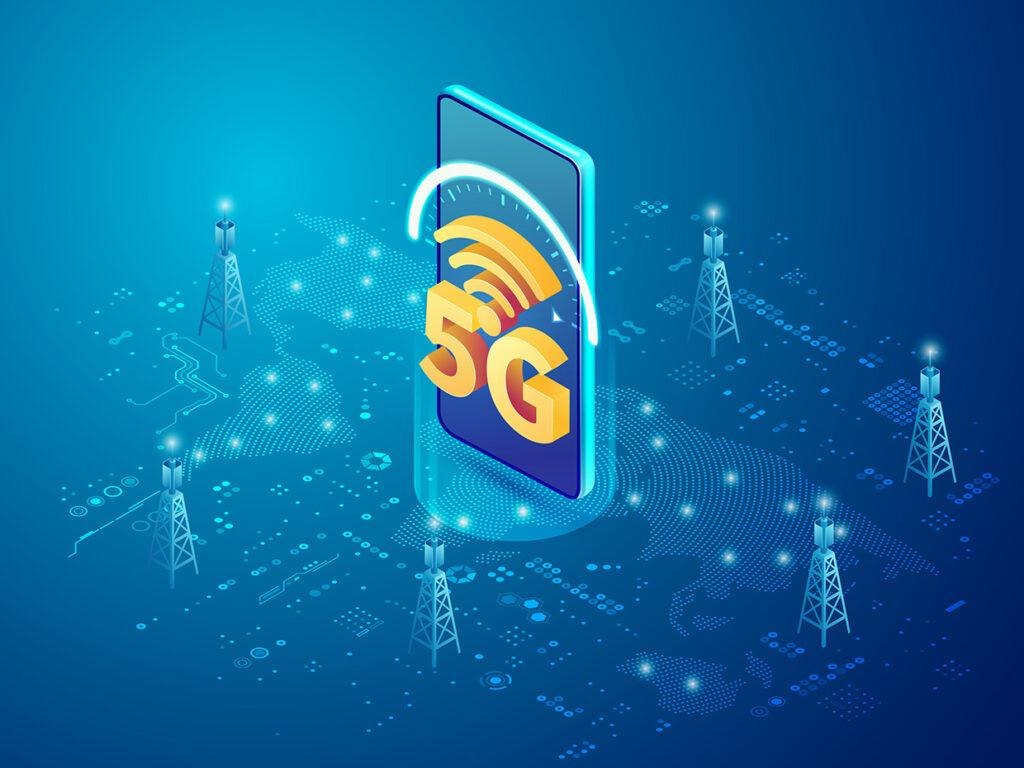 Elsewhere in the IoT world, the U.S. government passed a sweeping cybersecurity bill called theInternet of Things Cybersecurity Improvement Act of 2020at the very tail end of that year. The law is a more flexible and adaptable approach to cybersecurity than previous laws. Crucially, it requires theNational Institute of Standards and Technologyto establish best practices that other government agencies must then follow when purchasing IoT devices. The initial rules unveiled by NIST in 2021 include requiring an over-the-air update option for devices and unique device IDs. And while the law pertains only to devices purchased by the U.S. government, there’s little reason to suspect it won’t have ongoing and broad effects on the IoT industry. Companies will likely include NIST’s cybersecurity requirements in all of its devices, whether selling to the U.S. government or elsewhere.

Hologram-in-a-Box Can Teleport You Anywhere

PORTL began shipping telephone-booth-size volumetric displays, offering an alternative to conversing with people for those sick of Zoom calls (and who can fork over US $60,000). Volumetric displays are more sophisticated versions of the “holograms” that have popped up in recent years,most noticeably for live concertsin order to controversially create performances by Tupac, Prince, and others. PORTL’s tech instead records a three-dimensional video of a person and transmits it to the person they’re conversing with. The speaker then appears inside PORTL’s booth at the other end, thanks to a combination of an open-cell LCD panel, bright LEDs, and shadows to trick the brain into seeing a two-dimensional image in 3D. PORTL hopes to introduce a smaller mini-PORTL for a fraction of the larger’s price.

The Cellular Industry’s Clash Over the Movement to Remake Networks

For years, there’s been a simmering resentment in the telecom world between the network operators—companies like AT&T, Deutsche Telekom, and Vodafone—that provide cell service to customers, and the vendors like Ericsson and Nokia from which they buy equipment to build their networks. The resentment stems from the ability of vendors to lock operators into their ecosystems with proprietary technologies and from the high prices that result from creating such captive markets. Recently, however, that resentment has boiled over, and operators are leading a charge to invent new technologies and standards that will see the way in which wireless networks are built drastically change. Bundled up into a movement called Open RAN (for radio access network, the portion of a cell network, like a cell tower, that connects a phone to everything else), the operators have begun forcing vendors to work with them to create open interfaces between components, split software and hardware functions, and develop more AI technologies to manage networks. The goal? Break the hold the big three vendors—Ericsson, Nokia, and Huawei—have over the rest of the industry. Open RAN has seen some roaring successes over the past year.It’s also seen some turmoil.

Here’s What 6G Will Be, According to the Creator of Massive MIMO

Believe it or not, 6G development has been going on for years already. In fact, we first wrote about it at IEEE Spectrumin 2018. Much of the work is still limited to fundamental research, such as investigating whether terahertz waves could be a good option for a new, high-data-rate spectrum band. Tom Marzetta, formerly of Nokia Bell Labs and currently a professor at New York University’s NYU Wireless research center, is focused on developing something “ten times better than massive MIMO.” MIMO is short formultiple-input, multiple-output, and it’s a type of antenna that, as the name suggests, can easily send and receive multiple signals at once, which increases the overall data throughput of a cell tower or base station. Massive MIMO dials the concept up even more by scaling up the amount of signals an antenna can handle to dozens or even hundreds at a time. Marzetta knows better than anyone else how to improve massive MIMO for the next cellular generation—he invented the technology. His Q&A with IEEE Spectrum is chock-full of insights on what 6G might have in-store for us all.

Blockchains are currently having a moment, thanks to the attention being paid to cryptocurrencies and non-fungible tokens (NFTs). While the tech has plenty of evangelizers who see this as crypto’s triumphant, crowning moment, there are still plenty of us scratching our heads about what, exactly, any of this is good for. Here’s one option that isn’t getting discussed much, possibly because it’s not as fancy or splashy as crypto: cybersecurity. Earlier this year, the Zigbee Alliance put out a standard by its Project Connected Home over IP (CHIP) working group with the aim of making it easier and safer for IoT devices to communicate with each other. The standard describes a blockchain-based ledger that contains information about each IoT device certified by CHIP, its manufacturer, and other important information like its current software version. Using a blockchain ledger to track device security is a simple way to remove the burden from device owners to monitor potentially dozens of devices themselves.

Why Did It Take a Global Pandemic to Trigger the WFH Revolution?

Believe it or not, there was actually a time before the global COVID-19 pandemic. And while the pandemic drags through its second year, and many of us grow more comfortable working from home, it will pass eventually. At that time, companies and workers will have to negotiate returns to offices, hybrid work agreements, and remote work situations. (Of course, many companies are already doing this, for better or worse.) But here’s the thing—the technologies for many people to work from home have existed for years, if not decades. When the pandemic first emerged in 2020, many people were able to grab what they needed from their desks, bring it home, and set up shop without interruption. So why did it take the pandemic to create the work-from-home revolution? It’s simple—for the first time, we had no other choice.St. Helena’s New Undersea Cable Will Deliver 18 Gb/s per Person

Undaunted by the pandemic, one of the most remote inhabited islands in the world underwent the first stages of a truly tremendous upgrade to its connection to the outside world this year. A spur from Google’s Equiano undersea cablelanded on St. Helena, which is located in the South Atlantic, in September. Currently, the island relies on a single satellite dish to maintain a single 40-megabit-per-second link shared among the island’s 4,500 inhabitants. The cable, when it’s lit up in 2022, will flood the island with up to 80 terabits per second of data. If you do the math, as we did in our headline, that comes out to about 18 gigabits per second per person. Seems like overkill, right? As it stands, most of that data won’t be going to the island’s residents. The cost of the cable’s operation is being subsidized by satellite companies. OneWeb is one such company, and it sees the remote island as an ideal place to build ground stations for its satellite network. The island has overcome long odds to be where it is, on the brink of a massive infrastructure upgrade. There’s just one thing still standing in its way: The island’s incumbent telecom monopoly, which despite predatory pricing and failing infrastructure, might just be entrenched enough to turn the cable spur into a cable to nowhere.