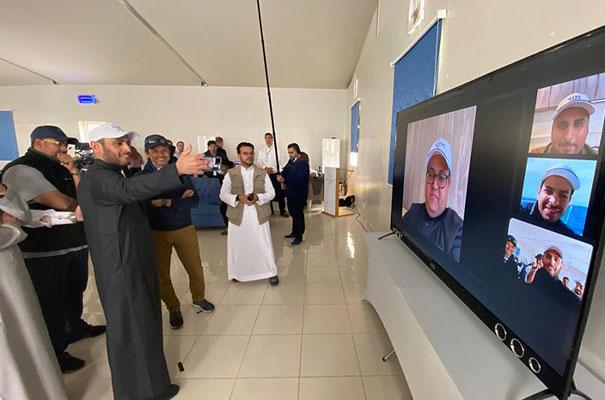 Cambridge-based telco Stratospheric Platforms is claiming a world first after delivering reliable and sustained 5G technology from the stratosphere – the second layer of atmosphere above the earth – beating global aerospace rivals in the process.

The Granta Park company says the 5G signal was maintained for five hours at 45,000 ft, achieving a download speed of 90Mbps.

It has unveiled what it dubs the first successful demonstration of 5G broadband connectivity between a “stratospheric 5G mast” flying at 45,000 ft and a retail 5G smartphone.

The landmark trial was conducted in collaboration with the Saudi Communications and Information Technology Commission (CITC) in the airspace above The Red Sea Project. Engineers connected to the local telecoms network completed tests between a 5G base station, flying stratospheric antenna and retail mobile devices.

The trial confirms Stratospheric Platforms as a leader in the development of global 5G Internet and communications services, projecting a 5G signal to an area of 450km2, and proving the technology can achieve mobile download speeds comparable to terrestrial 5G networks and at significantly lower cost. 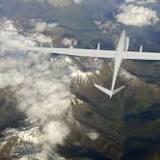 The joint team established three-way video calls between the land-based test site, a mobile device operated from a boat and a control site 950 km away.

Further land and heliborne tests showed that a user could stream 4K video to a mobile phone with an average latency of 1 millisecond above network speed.

Richard Deakin, CEO of Stratospheric Platforms said: “This is a momentous event for the global telecoms industry, proving that a 5G telecoms mast flying near the top of the earth’s atmosphere can deliver stable broadband 5G internet to serve mobile users with ubiquitous, high-speed internet, over vast areas.

“The trial has proved that 5G can be reliably beamed down from an airborne antenna and is indistinguishable from ground-based mobile networks. Our hydrogen-powered ‘Stratomast’ High Altitude Platform currently under development will be able to fly for a week without refuelling and cover an area of 15,000 km2 using one antenna.”

The successful demonstration means that mobile users can look forward to the capability of 5G mobile internet in the remotest areas of the world.

CITC Governor, H.E. Dr Mohammed Altamimi said: “The Kingdom of Saudi Arabia is at the cutting edge of technological innovation and our partnership with Stratospheric Platforms’ with the support of the Red Sea Project and General Authority of Civil Aviation (GACA) has demonstrated how we can deliver ‘always on’, ultra-fast broadband to areas without ground based 5G masts.”