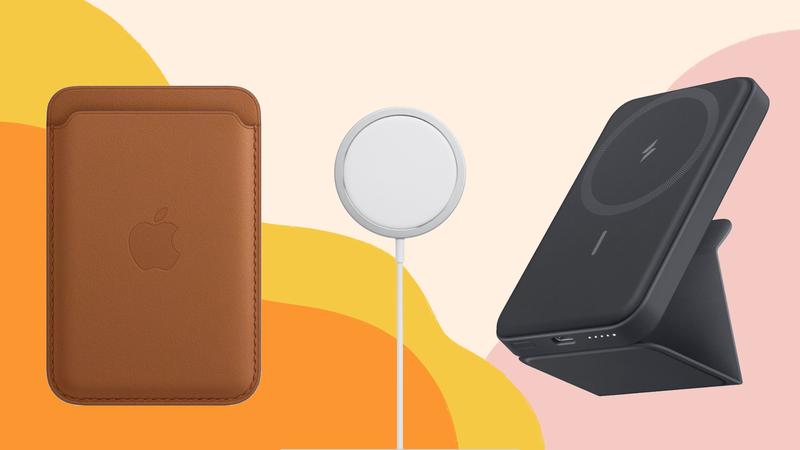 (Pocket-lint) - You may be familiar with the MagSafe name due to the MacBook charging cable, but the technology - available on both iPhone 12 and iPhone 13 - is quite a different proposition on Apple's smartphones.

MagSafe for iPhone harnesses the magnets in the rear of the device, and, with the help of a compatible charger, ensures a perfectly aligned wireless charge every time.

As you would expect, a whole pool of accessories has become available since MagSafe on iPhone was introduced in 2020 - both from Apple itself and third parties. You'll need a MagSafe charger to get started, which we'll detail below, and those who want to protect their device with an iPhone 12 case or iPhone 13 case will also have to make sure it's compatible with the tech, too.

You're in luck if you're looking further afield, too, with many more accessories cleverly taking advantage of the strong magnetic hold, such as car phone holders, kickstands, 2-in-1 chargers and wireless power banks.

In this guide, we'll be highlighting the very best that we've tried on our devices, as well as a few things to know about MagSafe before you buy.

If you're just getting started with MagSafe accessories, picking up Apple's official charger is likely your first port of call. Since it comes straight from Apple, you get all the benefits that involves, such as improved reliability and peak performance.

Unlike options that aren't specifically made using Apple's MagSafe tech, this is able to reach the technology's maximum output of 15W.

One of Anker's best options is this battery pack, which uses magnets to clamp onto your iPhone so that you can use it without any wires.

It's brilliant, and, often, can be found at half the price of Apple's own equivalent, so we thoroughly recommend it - especially for those who routinely need to find power on the go and don't want to lug around a cable to link their phone to a power bank.

There are plenty of types of car phone holders available nowadays, but the benefit of a dedicated MagSafe option is that you get to take advantage of the technology's very strong magnetic hold. This means you can avoid manually cradling your phone into a locked position, and also bypass weak magnets that jerky car movements can often dislodge.

Of course, you'll need a car that has air vents free to fix this Belkin mount onto - and we appreciate a lot of cars are only suited to dashboard or windshield mounts - but this is still a superb pick for those who take frequent car journeys. 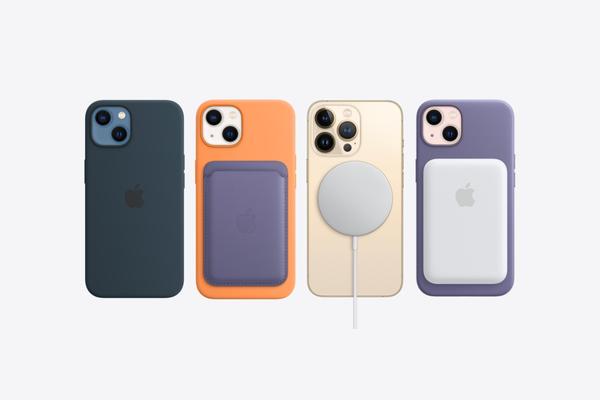 If, like us, you take plenty of train and plane journeys, you'll most likely try and pass the time by propping your iPhone up on a water bottle and watching something you've downloaded on Netflix - until it inevitably slides onto its back, of course.

With this MagSafe charger, that tiresome routine is changed forever. There's a built-in kickstand on the charging puck, allowing you to prop it up easily on a flat surface without trouble. It's still prone to the odd fall during very bumpy journeys, but it's still ideal for frequent travellers.

If you have an iPhone already, there's a decent chance you also have a pair of AirPods kicking about. And, providing they also have a case that's able to charge wirelessly, this 2-in-1 stand allows you to efficiently ensure the pair are always maxed out.

Unlike a lot of dual chargers, we find this one pretty handsome, too. It doesn't take up too much space on a bedside table, and the strong magnetic hold ensures that the iPhone is always locked into a fairly sturdy position.

Snakehive is full of neat accessories for your iPhone, and, now, that extends to include MagSafe technology. We particularly like this snap-on wallet, which is able to hold up to three cards and easily snap on and off your phone.

Plus, because it doesn't need to fit around the phone itself, it's compatible with any iPhone 12 or iPhone 13 model. You can even get an engraving, as we did, with the wallet itself available in nine different colour combinations.

If you're not overly interested in reaching MagSafe's maximum output of 15W, Anker has a great alternative that still provides that satisfying magnetic snap when put into use.

For that step down in charging speed performance, there's also a step down in price when compared to the official option. We like this as a second charger that we keep on our desk throughout the workday.

With MagSafe now a firmly established technology, there's no shortage of compatible cases, and Apple itself offers options in leather and silicone. These are also available in tons of different colours - including transparent.

If we're honest, we've enjoyed using all of Apple's cases for different reasons, but the added grip of the silicone options is why it makes this list. As a neat bonus, your iPhone will also recognise the case and show a matching animation, something that we were easily impressed by.

Just keep in mind that you'll need to know your specific phone model before choosing which option to go for, as iPhone 12 and iPhone 13 cases differ slightly.

How to choose a MagSafe accessory

Since MagSafe for iPhone devices is a fairly new technology, it's normal to have a few questions about what it is and how it works. That's what we'll be delivering the answers to in this section.

The latest version of MagSafe is a mounting and charging system for iPhone 12 and iPhone 13 models. Apple essentially took the iPhone's wireless charging coil and added new components to create a new type of improved wireless charging with continued support for Qi. Plus, it allows for the mounting of different accessories - some that we've detailed above.

MagSafe for iPhone adds a magnetometer and a single-coil NFC reader. It basically uses magnets to help properly align your iPhone on a wireless charger. Previously, with a standard Qi wireless charger, if your phone wasn't perfectly aligned, it would charge much slower than normal. However, with a MagSafe charger, placement is a breeze, and you'll get up to 15W of power.

If you use Qi charging, Apple says you will be limited to the same 7.5W, same with older-generation iPhone models such as the iPhone 11. More on this below.

Apple introduced its proprietary MagSafe technology in 2006 on a MacBook Pro. This original version is essentially a magnetic power connector for the MacBook, MacBook Air, and MacBook Pro. The idea is, if your MacBook is tugged by someone tripping over the power cord, the MagSafe connector will pull out of the socket without damaging itself, the power socket, or your laptop.

Interestingly, Apple started replacing MagSafe in 2016 with USB-C connectors, though it has now returned to the technology with the latest MacBook Pro models, released in 2021.

Particularly for those interested in charging speeds, there's an important distinction to look out for when trawling through the many MagSafe accessories.

Apple-approved accessories feature the official MagSafe technology inside them. You can spot these devices easily, as they'll be marked with a 'Made for MagSafe' badge on the retail packing, and they'll provide the full 15W power output.

This isn't to say that accessories that don't feature this aren't worthwhile, though. In fact, some accessory makers offer some MagSafe accessories that have the 'Made For MagSafe' badge, and others that don't. All this really means is that those that are simply compatible with MagSafe don't have the official technology inside. They'll still meet industry standards of wireless charging and offer the same precision and magnetic ring - but they'll just be limited to 7.5W.