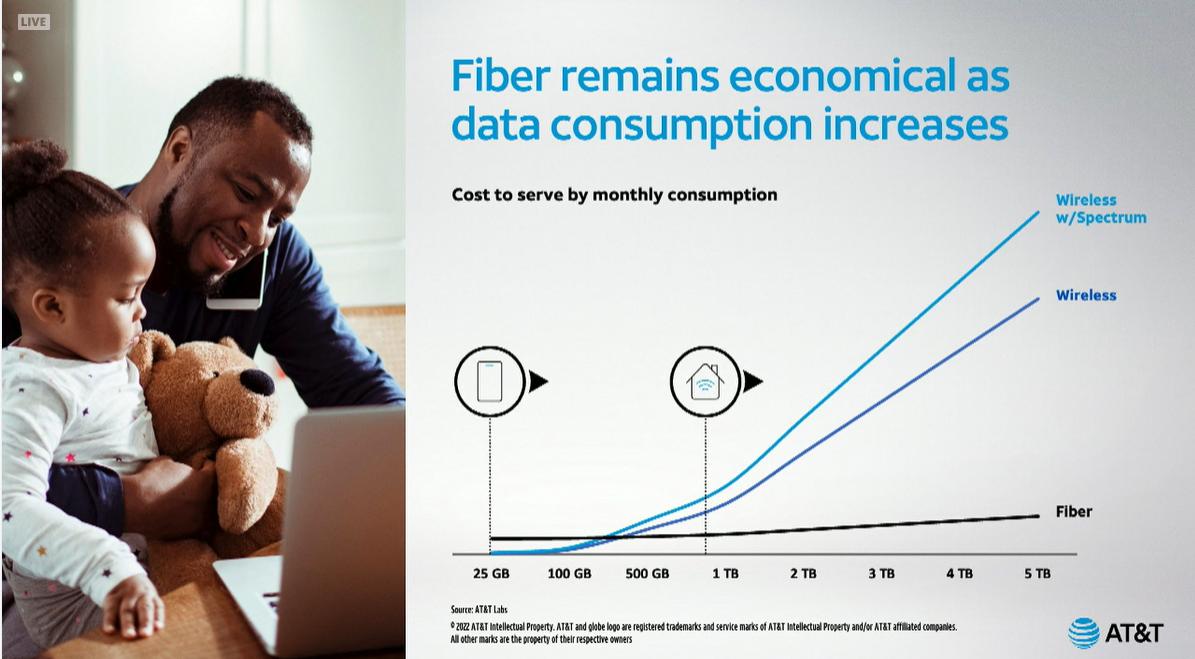 AT&T aims to cover 200 million people with mid-band 5G by the end of 2023, but it didn't make any new wireless promises for 2022 at an analyst event today. Rather, the company focused on promoting its fiber network over alternatives like cable and fixed wireless.

After spending three years trying to become a media firm, AT&T is back to being a connectivity company. Churn is down and customer additions are up, said Jennifer Robertson, EVP and GM of AT&T Mobility.

Most of the event was spent touting AT&T's fiber landline network rather than its nationwide wireless network, though. "The network must start with a solid foundation of fiber," said AT&T Communications CEO Jeff McElfresh.

To that end, AT&T will continue to extend its fiber footprint out from the existing towns and suburbs it serves as it aims to hit the "roughly 50 million households" that are "prime for fiber" but not yet served, he said.

AT&T's championing of fiber comes as bandwidth needs shift from big office buildings to homes, AT&T execs said at the meeting. With 35 million more US workers having an option to work from home than before the pandemic, in-home data usage will row to 4.6TB/month by 2025, McElfresh said. Only fiber, in his view, has the capacity and symmetry to handle that. 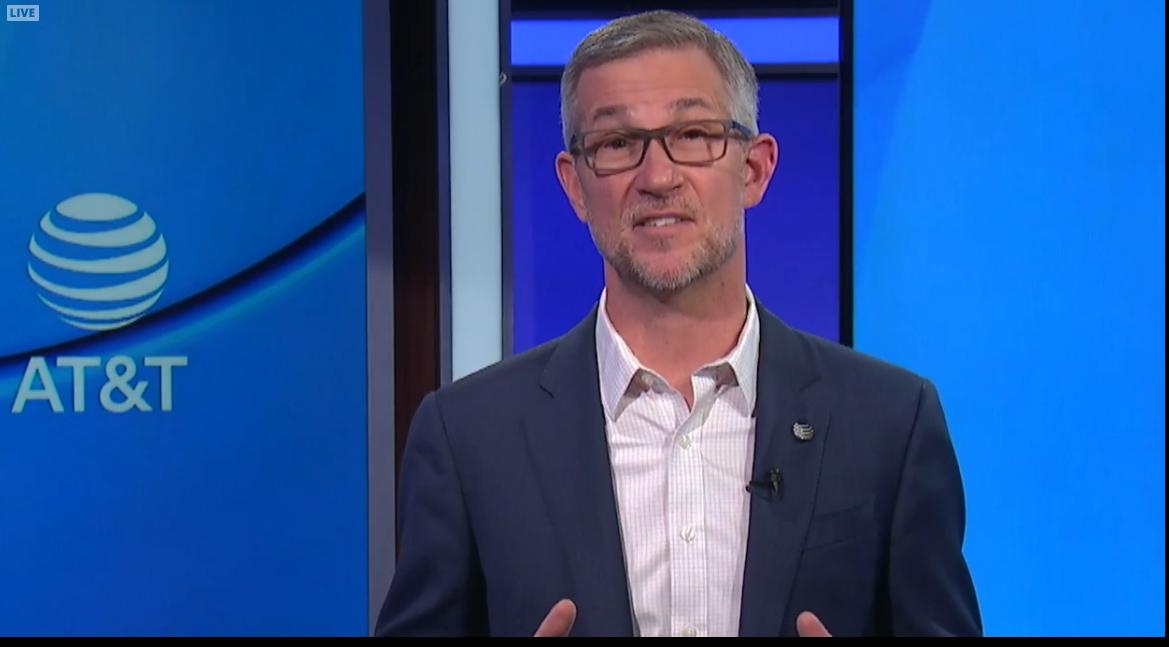 "It's multi-gig capable the day we install it, it provides the fastest performance, it's symmetrical and wherever fiber goes, wireless follows," he said.

AT&T went into less detail than Verizon or T-Mobile recently has in terms of how fast wireless would follow. McElfresh confirmed that AT&T is deploying "two radios per tower" as it simultaneously builds networks based on the 3.7-3.8GHz C-band spectrum and its newer 3.45-3.55GHz spectrum.

"We're able to deploy a total of 80MHz of mid-band spectrum starting this year," McElfresh said.

McElfresh said that he's still confident because AT&T has a "strong coverage advantage in square miles," where its existing "low-band provides the best and most consistent experience."

The company's FirstNet contracts with government agencies such as police departments also make for a unique advantage, he said.

In prepaid, Cricket helped make AT&T the fastest-growing prepaid carrier in the US, and AT&T's new deal to provide nationwide roaming for Dish will buoy AT&T's wholesale business.

AT&T also has significant room to grow with the Mexican-American market, as it owns a wireless carrier in Mexico, Robertson said. "We're the only carrier to offer unlimited talk, text, and data in both countries, because it's one network, two countries," she said.