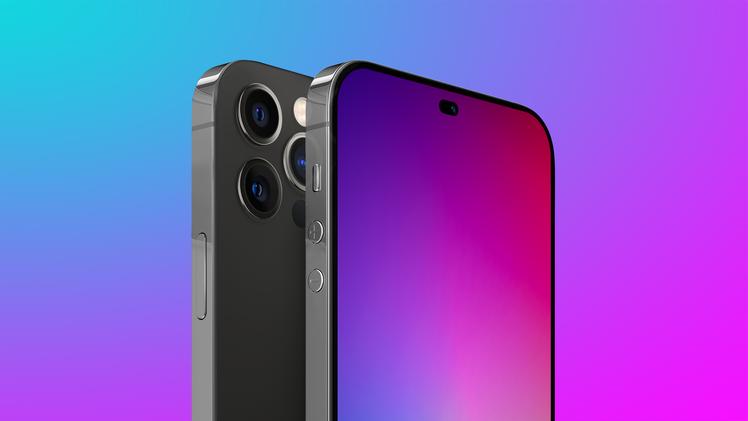 (Pocket-lint) - The annual refresh of the iPhone is one of the biggest events in tech: it's the phone that many aspire to own, one that sets trends and the phone that all others are looking to better.

While leaks and rumours are nothing new to the world of tech, getting full information about new Apple devices is fairly rare. They don't tend to leak as comprehensively as a Samsung or Google phone - but we're gathering up everything we hear about the 2022 iPhone models right here.

This is everything we've heard so far about the iPhone 14 models.

Typically Apple holds its iPhone event around the second week of September and normally on a Tuesday. The iPhone 13 models were revealed on 14 September, following this pattern.

If the pattern continues, the iPhone 14 models could be revealed on 13 September 2022. Of course nothing is official as yet, nor will it be for quite some time.

That's not a guarantee though, as Apple could opt for the iPhone 13s, or it could go for something completely different. We'd put our money on the iPhone 14 for now though.

The Apple iPhone 13 models followed the same design as the iPhone 12 models, featuring flat edges and a design closer in line with the iPhone 4 and 5 compared to the rounded edges we had gotten used to since the iPhone 6.

Rumours suggest the iPhone 14 models could change things up again though, with talk of a move to a punch hole front camera. It's said the Pro models could see some sort of pill-shaped cutout that would house the front camera and Face ID beneath the display. There are also claims the protruding rear camera may end up flush with the back of the phone in the next iPhone.

We saw a reduced notch at the top of the iPhone 13 models compared to previous Face ID phones, and a patent was previously filed for a notch-less phone, but we suppose we will have to wait and see if this becomes a reality.

In terms of finishes, we'd expect the Pro models to continue to be more premium than the standard models, and there have been rumours to suggest they could adopt scratch-resistant titanium.

If this happens, the iPhone 14 models could come in 6.1-inch and 6.7-inch models, with a Pro and standard model of each. We're still hoping the mini will continue in 2022 though as we have a lot of love for that device.

Some speculation previously suggested in-display fingerprint sensors could work alongside Face ID, which is a plausible suggestion. There's also talk that the iPhone 14 Pro models could see taller displays in order to accommodate that pill-shaped cut out we mentioned. 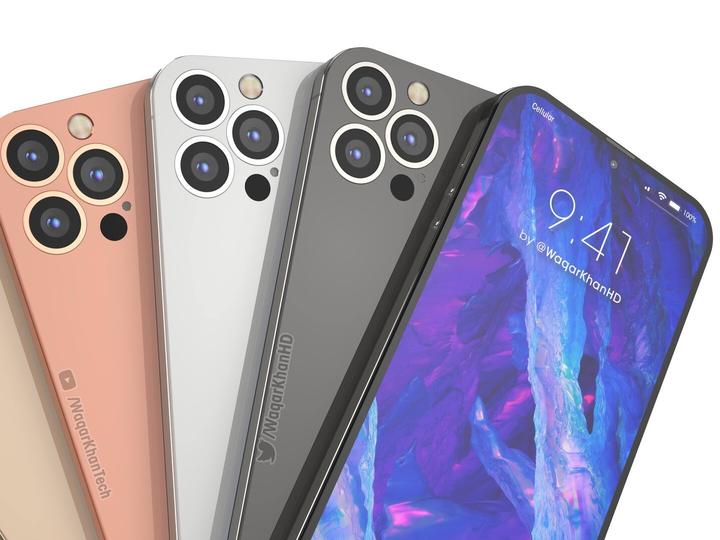 There have been a couple of rumours claiming the iPhone 14 Pro models would feature a wide angle camera with an 1/1.3-inch 48MP CMOS image sensor and support 8K video recording but it is still very early days.

We expect the iPhone 14 Pro models to continue to offer an extra lens and extra features, like Macro and ProRES, over the iPhone 14 standard models. At the moment, it is unclear what might change for 2022 but improvements over the 2021 models are likely.

It's also likely the iPhone 14 models will run on the A16 Bionic chip, assuming Apple continues with its naming patterns in terms of chipsets. The iPhone 13 Pro and iPhone 13 Pro Max had an extra core for their GPU, so this could be case again for the iPhone 14 Pro models, helping differentiate them from the standard models.

The next major software build will be iOS 16, which we expect to hear more about in June 2022, which is when Apple typically holds its Worldwide Developer Conference (WWDC).

In terms of storage, with the standard iPhone 13 models coming in 128GB, 256GB and 512GB options and the iPhone 13 Pro models offering the same, as well as a 1TB option, we'd expect the same from the iPhone 14 models. It has been said all models will have 6GB of RAM and it's been claimed the standard models could start at 64GB storage, while the Pro models could start at 256GB.

Here's everything we've heard about the iPhone 14 models so far.

9to5Mac reported that sources are suggesting different chips in iPhone 14 models is possible. The report also claimed the iPhone 14 Pro models could have taller displays to accommodate the pill-shape cut out at the top.

Industry analyst Ming-Chi Kuo claimed the standard iPhone 14 models will stick to the A15 chipset, while the iPhone 14 Pro models will move to the A16 chip.

This is a gaming phone that's been designed from the ground up for the absolute best performance possible.

A leaked schematic posted on Weibo, and then picked up by Jon Prosser, shows what is claimed to be the front of the iPhone 14 Pro and it shows how big the punch hole front camera and pill-shaped hole could be.

The iPhone 14 might get a welcome boost in the battery life department, it's been reported, due to a new 5G chipset that it might well employ, freeing up tiny amounts of space for an increased battery capacity.

In a research note with Haitong International Securities (via MacRumours), analyst Jeff Pu says all four of the 2022 iPhones will come with a 120Hz refresh rate display and 6GB RAM.

According to a TrendForce report (via 91 Mobiles), the Apple iPhone 14 Pro and 14 Pro Max will come with a 48-megapixel primary camera sensor and support 8K video recording.

According to analyst Ross Young, Apple will adopt a punch-hole system that comprises of two cutouts: one pill-shaped and one round. It's also suggested that the smaller of those two cutouts will not be invisible. In other words, it'll look like a sidewise 'i' cut into the display.

Twitter leaker DylanDKT claimed the iPhone 14 Pro will feature a pill-shaped hole-punch cutout for its front-facing camera, and that the majority of Apple's Face ID technology will be hidden under the display.

According to The Wall Street Journal, Apple is working on a new feature for the iPhone and Apple Watch that can tell if you've been in an automobile accident and automatically dial emergency services for you.

Bloomberg's Mark Gurman claimed the iPhone 14 would see a redesign, corroborating reports that the company many move to a punch hole camera.

Industry analyst Ming-Chi Kuo predicts that the iPhone 14 Pro will be the first to ditch the front-camera notch entirely, with Apple opting for a hole-punch lens instead.

Jon Prosser of FrontPageTech presented a video with some renders of what is claimed to be the iPhone 14 Pro in association with Renders by Ian. The images show a flat-edge design similar to what the iPhone 13 models offer, but with circular volume buttons.

There are three camera lenses on the rear - like the current Pro models - though the renders show the lenses almost flat to the surface and without the square camera housing surrounding them. Prosser says the device will be titanium and the renders also show a punch hole front camera.

Apple was granted a patent suggesting it is exploring under-display Touch ID. In the filing, Apple details how the current iPhone design features the imaging sensor next to the display, rather than being embedded into it. The core of this patent, then, discusses how this imaging sensor could be joined with the display in order to enable the next iteration of Touch ID.

An investors report from JPMorgan Chase suggested the iPhone 14 Pro models will be made from titanium alloy and supplied by Hon Hai of Foxconn. The analyst report did not specify whether just the chassis or the metallic band around the edge of the iPhone will be titanium. It's likely the front and the back will remain glass, of course.

Other models in the iPhone 14 series are expected to feature aluminum alloy and stainless steel frames, the report noted.

According to Apple analyst Ming-Chi Kuo (via AppleInsider), the top-tier iPhone 14 models will come with a 48-megapixel sensor. Kuo said in a note to investors that he believed the devices would offer a wide angle camera with an 1/1.3-inch 48MP CMOS image sensor. He also said the new sensor would support 8K.