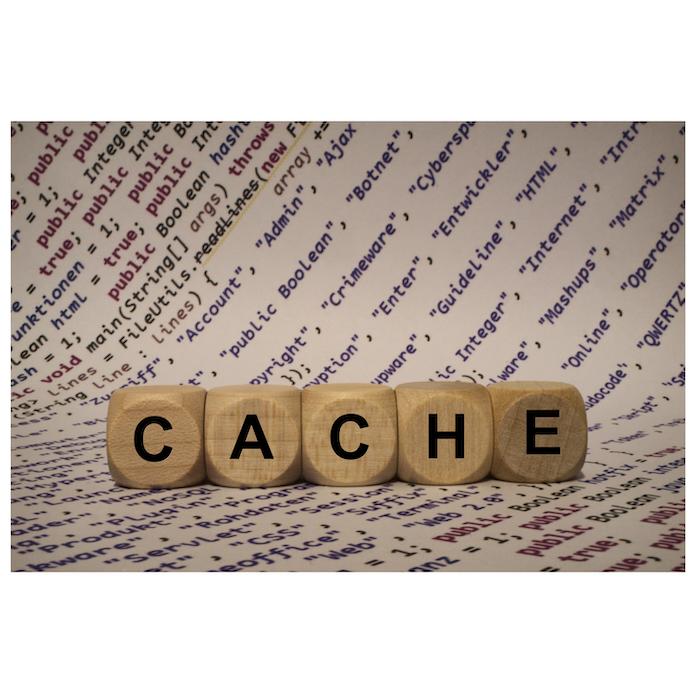 What is a cache anyway?

You may have heard this term “cache”, and may have even mispronounced it as “cash-ay” (cachet) when, in fact, it’s pronounced like “cash”. Both words share a common French root – the verb “cacher”, which means “to hide”, but the former means “a group on things that are hidden”, while the latter refers to “prestige”, “medicine prepared so that it can be swallowed” or “an official seal”. Today, we’re going to be focused on the idea of an Android app’s “cache”, obviously, rather than the other word, and I’m even going to show you how and when you ought to clear the cache of an app.

Cache and cachet share a common French root – the verb cacher (“to hide”), which is pronounced \cash-AY\ – but they are pronounced differently and mean two different things.

Cache means “a group of things that are hidden,” and entered English in the 1700s. It can also mean cache memory, or “a part of a computer’s memory where information is kept so that the computer can find it very quickly.” This word is pronounced \CASH\.Cachet has several meanings. It can mean “prestige,” “medicine prepared so that it can be swallowed,” or “an official seal,” the oldest meaning of the word in English, first used in the 1600s. It is pronounced \cash-AY\.

An app cache is the hidden data an app compiles or holds onto in order to load itself quickly the next time you open it. It’s a temporary storage meant to expedite the loading of information to improve the user’s experience, but that doesn’t mean it’s always welcome.

Leaving a cache unchecked could be almost as detrimental to your life as leaving a check uncashed, seeing as how we use our phones for everything, even banking. However, Android has become so much better at managing this on its own and intelligently discarding information that it doesn’t need after you close or exit an application. With that being said, some apps that intentionally store large amounts of data (like Google Play Books or the Google Search app) can cause a lot of your phone’s storage to be taken up, which makes it difficult for anyone with a smaller internal storage to keep their device speedy and reliable. Additionally, it’s possible for cache files to become corrupt, affecting the way an app works (or doesn’t), they may contain sensitive data which could become the target of a malicious attack to collect your personal information, and more. So, as you can see, there are many reasons you may or may not want to even keep cache on hand, so the choice will ultimately be up to you.

Truly, the process of deciding whether or not you should even clear the cache depends on whether you use an app frequently or not. Clearing it often could slow down your experience more than it could help, so be careful while determining this.

Again, Android has become pretty darn good at managing the data behind the scenes with improvements via machine learning and artificial intelligence, but I’ll tell you one thing for sure – clearing your app cache via third-party applications is probably the worst thing you could do. There’s nothing inherently wrong with this, unless said app asks for many permissions it most certainly doesn’t need in order to do its job, which is common, but the real reason to go the manual route and clear app cache thoughtfully via one app at a time is because clearing everything all at once all the time is just so haphazardous and sloppy that it should speak for itself.

As I said before, clearing one app at a time based on the circumstances is the best path forward. App cache can be beneficial, but if you’re having problems with one app, or let’s say that for example Google Play Books has downloaded 6 GB of data (if you listen to as many audiobooks as I do) and you no longer need those constantly available, clearing it could free up plenty of space to give you room for games or just a more well-rounded phone performance.

In order to clear the cache of an Android app on your phone, just swipe down twice from the top to get to your quick settings, and tap the cogwheel or gear icon. Most phones running Android have it below quick settings on the right side, but yours may vary depending on your manufacturer. You can also get to the settings app by opening the cogwheel or gear icon from your app drawer, or by asking Google Assistant “Hey Google, open app settings”. Doing so will take you immediately to a list of all of your installed applications, but if you go the former route, just open the Settings app, navigate to “Apps” or “Apps & Notifications” and then “See all”.

Sweet, now just scroll until you find the app you’re looking to clear or tap the magnifying glass on the top right of the screen to search for it by name. In this example, I’m actually going to be using the aforementioned Google Play Books because it houses lots of cache data for the reason I mentioned above.

Tapping on the app will bring you to its individual app settings. From here, you can force stop the app, uninstall or open it, change its notification settings, see what permissions it’s requiring in order to operate, and more. For now, just tap on “Storage & cache”. Then, you’ll be presented with a screen that has two buttons. One says “Clear storage”, and the other says “Clear cache”.

To be sure, I want to quickly explain the difference. Force quitting a misbehaving app and then clearing its cache and storage will completely wipe the app, requiring you to sign in again. Going this route is overkill if you’re just trying to free up space, and any locally stored files that are not cloud synced will be deleted forever, so be careful! In the case of Google Play Books, this would be the only way to clear all 3.76 GB of downloaded books, and signing in with my Google account only takes a few taps, so I don’t mind.

For now, let’s just tap “Clear cache”. Under the “Cache” section, you’ll see that the amount of storage drops to “0 B”, meaning that there are zero bytes locally stored in the cache. Hooray! You’ve done it! Now, you can open the app once more and begin to use it, but just be mindful of the fact that app cache does re accumulate each and every time you open or use an app. Generally, you’ll want to reserve this action for rare instances.

I just want the steps!

1. Read “How you shouldn’t clear your cache” above2. Open the Settings app on your Android phone3. Tap “Apps” or “Apps & Notifications”4. Tap or search for the app in question and select it5. Choose “Storage and cache”6. Select “Clear cache”