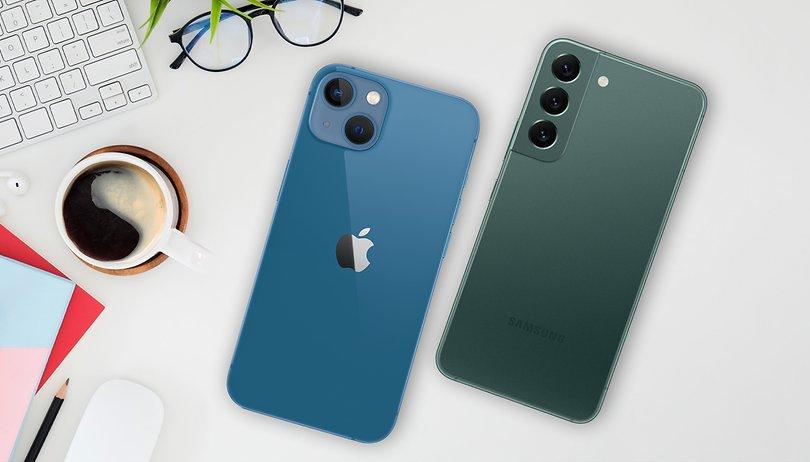 The base Galaxy S22 made some welcome changes over the S21, adding a new 4nm chip, glass back, and revamped cameras, but did shrink the battery size. Still, if you want a petite phone with a flagship-quality display and performance, the S22 is your phone. 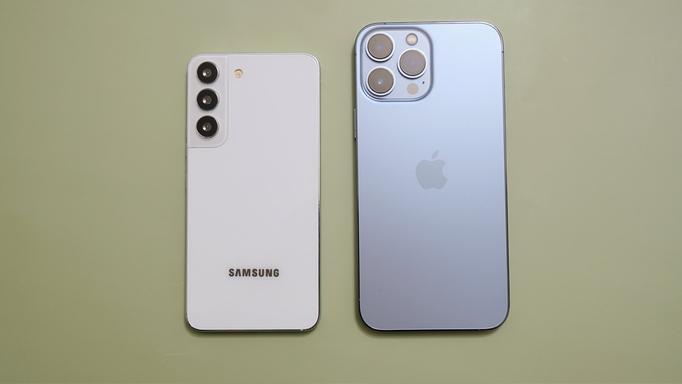 The iPhone 13 made huge gains over the 12 with speedier CPU performance, a brighter display, a couple extra hours of battery life, a smaller notch, and better-quality photos. It holds its own against the Galaxy S22, except in a couple of key areas.

- Only 60Hz screen- No telephoto lens- The notch

The Samsung Galaxy S22 and iPhone 13 both target buyers who want premium performance without the flagship pricing or massive displays. Each phone makes some concessions compared to the S22+ or iPhone 13 Pro, but are still excellent devices in their own right. But which is the better of the two? While the Galaxy S22 offers a much better display and a telephoto lens, the iPhone 13 beats the S22 in performance and battery life.

Comparing the iPhone 13 and Samsung Galaxy S22, you'll find they look remarkably similar — at least from the back. Samsung flattened the S22 compared to the S21, adding more angular edges and a proper glass back instead of using glasstic again. Both it and the iPhone 13 have 6.1-inch displays with 19.5:9 aspect ratios. The Galaxy S22 weighs 0.25 ounces less, but that's not something you're likely to notice.

Samsung's latest one-handed Galaxy phone has the same performance, display quality, and refresh rate as the Plus for a lower price. It will fit the bill for anyone who wants a cutting-edge Android phone.

Thanks to the new A15 Bionic chipset, you can enjoy speeds that would require triple or quadruple the RAM on an Android phone for a much lower price. It has great point-and-shoot cameras, a beautiful display, and much better battery life than the iPhone 12.