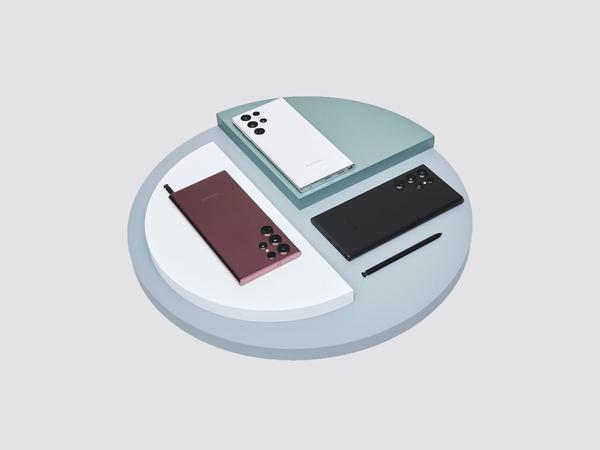 At a time when phones are getting bigger, Samsung is going smaller. The Galaxy S22, which starts at $800 and launches on Feb. 25, is the tiniest (and cheapest) phone in Samsung's new lineup. It has a 6.1-inch screen, making it slightly smaller than last year's Galaxy S21, and is otherwise identical to the Galaxy S22 Plus.

It's best to think of the Galaxy S22 as a moderate improvement over the Galaxy S21. It has a refreshed design and a new processor, but it's really the camera update that's the star of the show. The Galaxy S22 and S22 Plus both have a 50-megapixel main sensor that brings general improvements to color and clarity. All three of Samsung's new Galaxy phones are also better at taking photos in the dark.

These are welcome improvements that have made the Galaxy S22 enjoyable to use for the most part. But they also aren't game-changing updates that bring substantially new features to the Galaxy S22. They just make Samsung's phones a bit better at most of the things they were able to do before, particularly photography.

Between the Galaxy S22 and S22 Plus, I think the Plus has the right balance of screen size and battery life for most people. The Galaxy S22 is great for those who want a phone that's easy to use with one hand or squeeze in a tight pocket. But be warned that you'll have to sacrifice some battery life.

Now playing:Watch this: Samsung Galaxy S22 Review: A Great Phone Held Back by...7:48

The right size for people who prefer smaller phones

The Galaxy S22 is slightly more compact than last year's Galaxy S21 and noticeably smaller than the Galaxy S22 Plus and S22 Ultra. Its 6.1-inch screen also makes it around the same size as the iPhone 13, although it's technically just a hair slimmer.

It reminds me of a combination of the Galaxy S10 and Galaxy S10E in terms of design. Its display is the same size as the Galaxy S10's, but its flat edges are reminiscent of the smaller Galaxy S10E's. The Galaxy S22 feels a bit cramped for me personally after switching from the 6.6-inch Galaxy S22 Plus, especially when typing text messages or email responses.

But I imagine people who usually prefer smaller phones would feel at home using the Galaxy S22. After all, there aren't many smaller phones out there for Android fans to choose from. Most high-end phones from Google, Motorola and OnePlus come with larger screens that measure around 6.4 inches or larger.

The Galaxy S22 and S22 Plus have also gotten a makeover in general. Both phones have an eye-catching glass and metal design that feels like a step up compared to last year's devices. It also feels much more premium than the $700 Galaxy S21 FE, which just seems bland in comparison.

You might not really care about the design if you just plan to put a case over your device. But a phone that's almost $1,000 should live up to that in terms of build quality and aesthetics, and the Galaxy S22 definitely delivers on that front.

Not much has changed when it comes to overall display quality. Similar to the Galaxy S21 and Galaxy S21 FE, the Galaxy S22 comes with a flat 2,340-by-1,080-pixel AMOLED display, which feels bright and crisp enough for watching videos, reading and playing games. Samsung has also added a new feature called Vision Booster, which is meant to adjust the screen to the lighting around you. But this didn't make much of a difference in my experience. 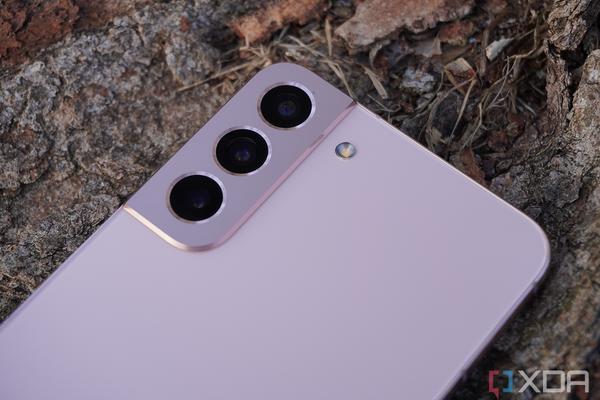 The camera is better, especially at nighttime photos

Both phones have excellent cameras that provide colorful and sharp images. In many circumstances, particularly when shooting in sunlight outdoors, it was hard to decide which one took better photos. But there were a couple of circumstances in which one phone upstaged the other. Take this photo of a flower bouquet, for example. Samsung did a better job at keeping the petals in focus, making them appear sharper than in Google's photo. The Pixel 6 Pro's photo is brighter, however.

But I preferred the Pixel 6 Pro's Portrait Mode photo over the Galaxy S22's in this case. The perspective is closer, and I thought Google did a better job of preserving detail, especially in the face. But they're both still high-quality photos.

The Galaxy S22 also takes better photos at night, just like the S22 Plus and S22 Ultra. Take a look at the portrait below, which was taken in my apartment with all of the lights turned off. You'll notice that the Galaxy S22's photo is much brighter and more colorful than those taken on the Galaxy S21 and Pixel 6 Pro.

The Galaxy S22 sometimes had issues focusing on still objects when shooting in very dark circumstances, like the S22 Plus and S22 Ultra. But in my experience so far, it's been able to focus a bit faster than its pricier siblings in these circumstances.

Check out the gallery below to see more photos taken with the Galaxy S22.

Performance is solid, battery life could be better

The Galaxy S22 lineup runs on Qualcomm's new Snapdragon 8 Gen 1 processor. Everyday tasks like playing games, swiping through screens and launching apps feel as fast as you'd expect from a high-end phone. All three of Samsung's new phones can also crank their refresh rates up to 120Hz, another factor that makes these phones feel fluid.

Check out the results below to see how the Galaxy S22 handled benchmark tests that measure general computing (Geekbench 5) and graphics performance (3DMark).

But I only wish the Galaxy S22 had better battery life. The Galaxy S22 has a 3,700-mAh battery, which is substantially less than the 4,500 mAh and 5,000 mAh offered on the S22 Plus and Ultra, respectively. I was able to get through a full day with the screen's refresh rate set to the adaptive 120Hz setting, but just barely. With this setting turned off, I'm able to get about a day and a half. But that's the same longevity I'd normally get from the Galaxy S22 Plus or Ultra with the adaptive refresh rate turned on. I also didn't spend much time on video calls or streaming media -- both tasks that are sure to drain the battery faster -- when anecdotally testing the S22's battery.

The Galaxy S22 supports 25-watt fast charging, unlike the S22 Plus and S22 Ultra, which both support 45-watt quick charging. But thankfully the compatible charging adapter, which must be purchased separately, is priced at a much more reasonable $35 via Samsung's website compared to the $50 45-watt charger. Other USB-C power adapters will likely charge the phone as well, but speeds could vary.

All of Samsung's Galaxy S22 phones run on Android 12 and the latest version of Samsung's One UI 4 software. Samsung launched One UI 4 in late 2021, and the software brings a bunch of new features like more control over app permissions, new color palettes and a cleaner look for widgets.

I'm personally loving the new camera app interface, which is much easier to navigate since it shows the specific zoom level with numbers rather than symbols. The software isn't exclusive to the Galaxy S22 lineup, but it's great that Galaxy S22 buyers won't have to wait for the new software.

But perhaps most importantly, Samsung has committed to supporting up to four generations of Android updates on the Galaxy S22 lineup and other recent phones. That's great news for anyone who plans to keep their device for several years before upgrading. It even outdoes Google's Pixel 6 line, which is committing to three years of software updates and five years of security updates.

Samsung is also working more closely with Google on certain features, particularly in the search giant's Duo video chatting app. Galaxy S22 owners can share content from their screen, like a virtual whiteboard, with the other person on the call when using Google Duo. It seems like an attempt to rival Apple's SharePlay feature for FaceTime, which debuted in iOS 15. But Google still reserves many of its software features, like the ability to see wait time predictions for toll free business when making a call, for its Pixel devices.

Should you buy it?

The Galaxy S22 Plus provides a better balance of screen size and battery life that I imagine would suit most people. But it's also $200 more expensive than the Galaxy S22. Other than its screen size, faster charging (for a price) and longer battery life, the only difference is that the Plus model supports ultra-wideband technology.

There's also the $700 Galaxy S21 FE, which has a larger screen but a less capable camera and a bland design. It's battery life is longer than the Galaxy S22's in my testing, but not by much.

Overall, the Galaxy S22's improved camera and new design make it feel like an upgrade compared to the Galaxy S21, albeit a modest one. But its short battery life holds it back from being as great as it could be.