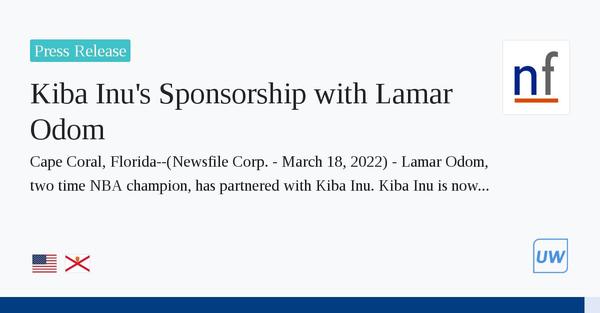 Lamar Odom is a decorated NBA player who won championships in '09 and '10.

Kiba Inu has also partnered up with Udinese Calcio. The agreement includes the club to feature the company's logo on the jersey until the conclusion of the season.

Kiba Inu partnered with the European Cricket League to secure an expansive deal that centers Kiba Inu's logo on all 30 ECL teams during the span of 6 weeks and all 144 ECL games. Kiba Inu's sponsorship of all 30 participating National Champions Clubs' jerseys lauded Kiba Inu with the world record for most shirts sponsored by a single organization at an event.

Alfa Romeo ORLEN Racing partnered with Kiba Inu for the Abu Dhabi Grand Prix for the final race of the 2021 Formula One world championship. Formula One released figures last month of viewership for their final race, which drew in over 100 million viewers. 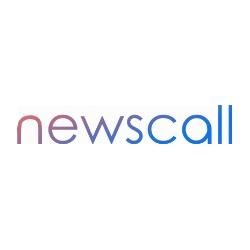 Kiba Inu has built an in-house decentralized exchange for investors on the Binance Smart Chain and Ethereum network. In addition to their own in-house DEX, Kiba Inu has designed their own honeypot checker which runs smart contracts and notifies the user whether the contract is compromised. Kiba Inu has amassed over 17,000 holders worldwide and aims to restore integrity to the meme space by providing users with the necessary tools to invest within decentralized finance (DeFi).

Kiba Inu can be purchased using Binance Smart Chain, the Ethereum Network, and at the time of writing is valued at 24m on CoinMarketCap.

The information provided in this release is not investment advice, financial advice or trading advice. It is recommended that you practice due diligence (including consultation with a professional financial advisor before investing or trading securities and cryptocurrency.

To view the source version of this press release, please visit https://www.newsfilecorp.com/release/117220