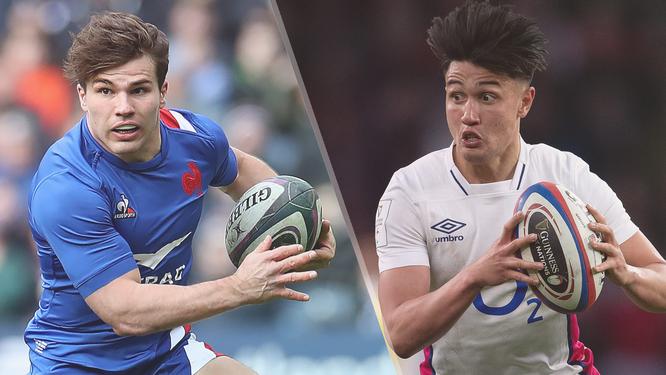 The France vs England live stream could have showcased a Six Nations battle for the ages, with both sides going head-to-head for the title. Instead, England will merely be looking to hold on to third place and prevent France from winning the grand slam they clearly deserve.

Of course the French will still be treating this game like the final it effectively is for them; a first grand slam since 2010 beckons, and they won't care in the slightest that their opponents can no longer win the championship.

With home advantage, form and momentum all on their side, they go into the France vs England game as clear favourites. They also have winger Damian Penaud back in the starting line-up after Covid kept him out of last weekend's win over Wales. He replaces Yoram Moefana in the backs in France's only change.

England's main objective should be to curtail the indiscipline that cost them against both Scotland and Ireland. In the first game they suffered when Luke Cowan-Dickie was sin-binned late on, while Charlie Ewels' red card early on against Ireland effectively ended that game as a contest, even if England at least put up a fight for 60 minutes.

They make multiple changes for this game, with George Furbank coming in at full-back and Freddie Steward moving to the wing. Sam Underhill replaces the injured Tom Curry in the back row, Nick Isiekwe comes in for the suspended Charlie Ewels and Ben Youngs replaces Harry Randall at scrum-half. Finally, Will Stuart starts at tighthead prop, with Kyle Sinckler on the bench.

Here's how they line up:

Will the French get their long-awaited grand slam? Find out by watching the France vs England live stream.

And don't forget to also turn in to the Wales vs Italy and Ireland vs Scotland live streams for more Six Nations rugby this weekend. Or, if you're looking for more sport, we can tell you how to watch the Premier League week 30 fixtures and where to find the 2022 F1 Bahrain Grand Prix live stream.

The entire Six Nations rugby will be shown on free-to-air TV in the U.K. — and that's great news wherever you are.

The games are being split between BBC and ITV, but in the case of the France vs England live stream you'll find it on ITV or ITV Hub, with kick off set for 8 p.m. GMT.

If, however, you're a Brit with a valid TV licence who isn't in the U.K. right now, you can still watch services from your home country. All you'll need is one of the best VPN services, like ExpressVPN. Read on and we'll explain…

The France vs England live stream will be shown on many different channels across the world, but what if you're not in your home country and want to watch it on your usual service?

The answer is to use a VPN, or virtual private network. A VPN will let you tune into your home coverage from wherever you are — meaning that if you're abroad, you can use one of the best VPN services to watch the games live as if you were in your lounge.

Our favorite right now is ExpressVPN, thanks to its combination of superb speed, great customer service and excellent device support. It also offers a no-questions-asked 30-day money-back guarantee, so you could check it out without having to sign up long term.

Speed, security and simplicity combine to makeExpressVPNour favorite VPN service. In our testing, we were impressed by its fast connection times and by its ability to access more than 3,000 services in 160 locations across 94 countries. A 30-day money-back guarantee is another bonus.

Using a VPN is incredibly simple.

1. Install the VPN of your choice. As we've said, ExpressVPN is our favorite.

2. Choose the location you wish to connect to in the VPN app. For instance if you're in the U.S. and want to view a U.K. service, you'd select U.K. from the list.

3. Sit back and enjoy the action. Head to ITV Hub or another service and watch the game.

Exclusive Tom's Guide Discount: Save 49% on the 12-month ExpressVPN plan

Rugby fans in the U.S. can watch the France vs England live stream on Peacock, NBC's streaming service. To tune in, you'll need to be signed up for either a Premium subscription ($4.99/month) or Premium Plus ($9.99/month, which also gets rid of ads. 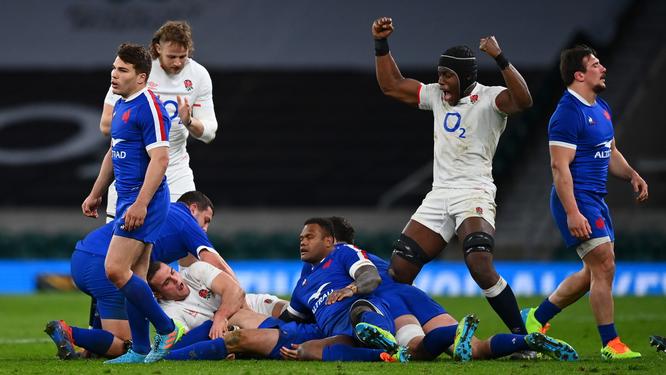 If you're outside of the U.S. but still have the right Peacock subscription, you can watch the France vs England live stream by using a VPN such as ExpressVPN.

In addition to showing the Six Nations rugby and selected Premier League 21/22 live streams, Peacock also has huge library of licensed content drawn from various brands. That includes shows like 30 Rock, The Voice, Battlestar Galactica, Law & Order: SVU and This Is Us.

How to watch the France vs England live stream in Canada

Sadly, DAZN no longer offers new customers a 30-day free-trial period, so you'll have to pay the $20 CAD per month fee, although you can save a little by buying annually ($150 CAD). DAZN, if you're unfamiliar, has apps on every single streaming platform there is.

Canadians stuck abroad that still want their low-price alternative can use a VPN such as ExpressVPN to trick their streaming device into thinking it's back in the great white north.

How to watch the France vs England live stream in Australia

Those lucky Aussies can watch the France vs England live stream on Stan Sport and enjoy all the Six Nations action from the other side of the globe.

Stan can be accessed via a wide variety of devices including many smart TVs, iOS and Android phones, Chromecast, Apple TV and more — plus it costs a very reasonable $20 AUD per month ($10 for a standard subscription and $10 for the Sport add-on). A 7-day FREE trial gives you a taste of the platform — and the good news is that the free trial also includes the Sport add-on.

As well as the Six Nations rugby, Stan also has Champions League 21/22 live streams and Europa League coverage plus tennis action from Wimbledon and Roland-Garros and lots more.

Not in Australia right now? You can simply use a VPN to watch all the action on your Stan account, as if you were back home.

New Zealanders can watch the France vs England live stream on Sky Sport. This costs $57.98 NZD per month, or $31.99/month extra if you already have Sky but not Sport. Plus there's currently an offer which gives you your first month free when you sign up for a year.

Not at home in New Zealand right now? You can still follow the game by using one of the best VPN services, such as ExpressVPN.