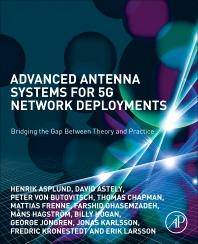 Although often very effective, transmitting energy in only one direction does not always provide an optimum solution. In multi-path scenarios, where the radio channel comprises multiple propagation paths from transmitter to receiver through diffraction around corners and reflections against buildings or other objects, it is beneficial to send the same data stream in several different paths (direction and/or polarization) with phases and amplitudes controlled in a way that they add constructively at the receiver [5]. This is referred to as generalized beamforming, as shown in the upper right quadrant of Figure 1. As part of generalized beamforming, it is also possible to reduce interference to other UEs, which is known as null forming. This is achieved by controlling the transmitted signals in a way that they cancel each other out at the interfered UEs.

Spatial multiplexing, here referred to as MIMO, is the ability to transmit multiple data streams, using the same time and frequency resource, where each data stream can be beamformed. The purpose of MIMO is to increase throughput. MIMO builds on the basic principle that when the received signal quality is high, it is better to receive multiple streams of data with reduced power per stream, than one stream with full power. The potential is large when the received signal quality is high and the streams do not interfere with each other. The potential diminishes when the mutual interference between streams increases. MIMO works in both UL and DL, but for simplicity the description below will be based on the DL.

Single-user MIMO (SU-MIMO) is the ability to transmit one or multiple data streams, called layers, from one transmitting array to a single user. SU-MIMO can thereby increase the throughput for that user and increase the capacity of the network. The number of layers that can be supported, called the rank, depends on the radio channel. To distinguish between DL layers, a UE needs to have at least as many receiver antennas as there are layers.

In multi-user MIMO (MU-MIMO), which is shown in the bottom right quadrant of Figure 1, the AAS simultaneously sends different layers in separate beams to different users using the same time and frequency resource, thereby increasing the network capacity. In order to use MU-MIMO, the system needs to find two or more users that need to transmit or receive data at the very same time. Also, for efficient MU-MIMO, the interference between the users should be kept low. This can be achieved by using generalized beamforming with null forming such that when a layer is sent to one user, nulls are formed in the directions of the other simultaneous users.

The achievable capacity gains from MU-MIMO depend on receiving each layer with good signal-to-interference-and-noise-ratio (SINR). As with SU-MIMO, the total DL power is shared between the different layers, and therefore the power (and thus SINR) for each user is reduced as the number of simultaneous MU-MIMO users increases. Also, as the number of users grows, the SINR will further deteriorate due to mutual interference between the users. Therefore, the network capacity typically improves as the number of MIMO layers increases, to a point at which power sharing and interference between users result in diminishing gains, and eventually also losses. 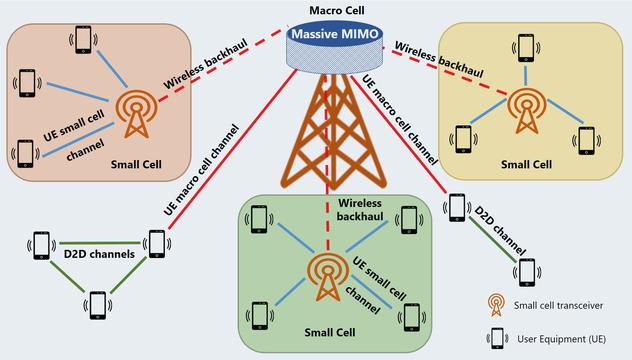 It should be noted that the practical benefits of many layers in MU-MIMO are limited by the fact that, in today's real networks, even with a high number of simultaneous connected users, there tends not to be many users who want to receive data simultaneously. This is due to the bursty (chatty) nature of data transmission to most users. Since the AAS and the transport network must be dimensioned for the maximum number of layers, the MNO needs to consider how many layers are required in their networks. In typical MBB deployments with the current 64T64R AAS variants, the vast majority of the DL and UL capacity gains can be achieved with up to 8 layers.

Knowledge of the radio channels between the antennas of the user and those of the base station is a key enabler for beamforming and MIMO, both for UL reception and DL transmission. This allows the AAS to adapt the number of layers and determine how to beamform them.

DL transmission, on the other hand, is typically more challenging than UL reception because channel knowledge needs to be available before transmission. Whereas basic beamforming has relatively low requirements on the necessary channel knowledge, generalized beamforming has higher requirements as more details about the multi-path propagation are needed. Furthermore, mitigating interference in terms of null forming for MU-MIMO is even more challenging, since more channels typically need to be characterized with high granularity and accuracy. There are two basic ways of acquiring the DL channel knowledge between the UEs and the AAS: UE feedback and UL channel estimation.

For UE feedback, the base station transmits known signals in the DL that UEs can use for channel estimation and generation of feedback that is transmitted on control channels in the UL to the AAS.

For the case of UL channel estimation, there are differences depending on whether time division duplex (TDD) or frequency division duplex (FDD) is used. For TDD, the same frequency is used for both UL and DL transmission. Since the radio channel is reciprocal (the same in UL and DL), detailed short-term channel estimates from UL transmission of known signals can be used to determine the DL transmission beams. This is referred to as reciprocity-based beamforming. For full channel estimation, signals should be sent from each UE antenna and across all frequencies. For FDD, where different frequencies are used for UL and DL, the channel is not fully reciprocal. DL longer-term channel knowledge (such as dominant directions) can, however, be obtained by suitable averaging of UL channel estimate statistics.

The suitable channel knowledge scheme to use depends on UL coverage and UE capabilities. In cases where UL coverage is limiting, UE feedback offers more robust operation, whereas full UL channel estimation is applicable in scenarios with good coverage. In short, both reciprocity and UE feedback based beamforming are needed.

The purpose of using a rectangular antenna array, as shown in section A of Figure 2, is to enable high-gain beams and make it possible to steer those beams over a range of angles. The gain is achieved, in both UL and DL, by constructively combining signals from a number of antenna elements. The more antenna elements there are, the higher the gain. Steerability is achieved by individually controlling the amplitude and phase of smaller parts of the antenna array. This is usually done by dividing the antenna array into so called sub-arrays (groups of non-overlapping elements), as shown in section C of Figure 2, and by applying two dedicated radio chains per sub-array (one per polarization) to enable control, as shown in section D. In this way it is possible to control the direction and other properties of the created antenna array beam.