Here are 10 key drivers that will enable 5G to come of age.

There has been considerable promise and speculation about 5G’s potential to take wireless communications to another level, certainly in terms of capacity and bandwidth. Clearly 5G networks are rapidly being built, however, end users are likely to be skeptical of its benefits until many of the use cases envisioned are widely available.

A survey carried out by Dimensional Research on behalf of Molex found that, despite developments in driverless vehicles, virtual reality, online gaming and other sectors, the take-up of 5G has been slow. Despite this, more than 90% of wireless service providers say they’ll reach their 5G targets by 2026.

Until then, what are the 10 key drivers that will enable 5G to come of age?

As bandwidth demand increases, having a well-constructed backhaul network is essential. There have been exciting developments in the design of mobile network backhaul to connect cell sites with core networks, with optical fiber-based and wireless point-to-point systems both having their benefits and disadvantages. While X-Haul architectures for 5G networks based on optical fiber can be costly in terms of installing and connecting the fiber, they are highly resilient and eliminate the possibility of air multi-path propagation and interference. Wireless X-haul architectures don’t have the same installation issues, but they also don’t offer the same range and bandwidth as fiber X-Haul technology.

Equally important as backhaul for 5G are fronthaul systems. Radio access networks (RANs) have always been the essential network infrastructure for mobile network operators and the importance of fronthaul in 5G networks will only increase. The predominate layer 2 protocol, associated with all 5G 7.2x functional split deployments, fiber or wireless, is enhanced Common Public Radio Interface (eCPRI). The use of eCPRI decreases the bandwidth requirements between the radio unit (RU) and the distributed unit (DU) located at the cell site and far-edge of a network.

For 5G to be capable of managing higher levels of traffic at significantly faster speeds than current network base stations, an option 2 functional split and beamforming is required. Although high-frequency millimeter waves (mmWaves) support significantly higher bandwidths, they are susceptible to being blocked by objects or atmospheric interference and do not propagate over long distances. mmWaves are very narrow so they transmit narrow beams which concentrate signals, which are directed at a specific user’s equipment such as a handset. This process is called beamforming.

Beamforming is complemented by beamsteering and beamtracking, which enable signals to be directed between the antenna and users’ equipment when on the move.

While beamforming can improve the efficiency of multiple-input, multiple-output (MIMO) arrays, there can still be performance problems for some types of electronic components. The issues come about because 5G enables the size of antennae (and the distance between them) to be minimized, which means that an array can contain many more antennae elements than was previously possible. However, having such a large number of 5G components operating at high frequencies inevitably means increased costs. Expensive hardware is also needed to cope with mmWave radio frequency (RF) power and the heat that’s generated. Because of this, engineers have decided that fourth-generation field-effect transistors based on gallium nitride represent a better method of bringing large MIMO systems to the masses because they enable high power and high efficiency to be combined with small form factors in a way that was not previously possible. 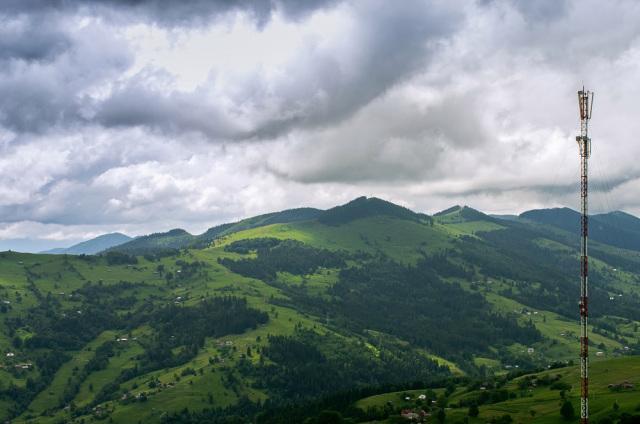 5. Enabling devices to make a seamless switch from 4G to 5G

Whatever the arguments are about how widespread 5G coverage will be and when, a significant driver of take-rate will be how the design of mobile devices facilitates a seamless transition. Phones designed with this transition in mind will need to have internal antennae capable of handling 5G as well as 4G LTE waveforms.

Users expect their mobile devices to be as thin as possible yet packed with the maximum amount of features, power, and functionality. While this has been the case for some time, 5G adds to the challenge. Fresh thinking is required in terms of which materials will be used and how internal components are best configured to suit new designs of antennae. For example, performance in terms of reception and transmission of signals can be compromised if the antenna is located somewhere that will be close to a device user’s hand. To minimize these concerns, design engineers are investigating the feasibility of combining product-specific placement of antennae with unique antenna design to ensure radiation patterns are as effective as possible.

To achieve the best radio frequency performance for mobile devices, including energy efficiency and battery life, manufacturers rely on industry leading teams of RF engineers. This is key in the development of true 5G cellular devices because an antenna that’s tuned can deliver the same transmitted power as an untuned one but with a much lower current. Whether impedance tuning or aperture tuning is used, the result is superior battery life and improved bandwidth – exactly what the customer demands.

Designers developing low footprint devices for use with 5G have a host of other factors to consider – including how to minimize electromagnetic interference (EMI) from external signals and how to mitigate signal distortion and degradation. The solution is to optimize the design of connectors to prevent variations of impedance along the line carrying the electromagnetic waves (while also stacking connectors to make the best use of space). Connector design must also consider voltage standing wave ratio (VSWR), loss of signal power caused by insertion of a device, and scattering parameters.

Testing is crucial to ensuring 5G devices hit the market as quickly as possible with a minimal number of performance issues. To ensure devices satisfy the strongest specifications, dedicated testing equipment and methods have been developed. These include shielded 5G anechoic chambers.

A genuine concern about squeezing 5G technology into a compact, lightweight device has been whether miniaturization has an adverse effect on performance. The industry has developed 3D manufacturing technology that facilitates miniaturization in such high-density environments. Laser direct structuring, for example, uses laser precision to transfer antennae designs onto the 3D surface of a structure produced using a molded interconnect device (MID). Traditional 2D manufacturing would be incapable of doing this.

It’s clear that for 5G to deliver on its promises, huge amounts of innovation and fresh design have had to go hand-in-hand with substantial investment. New technology and techniques in manufacturing and testing have been created within a relatively short period to make 5G a reality.

End users expect 5G and stakeholders who aim to deliver it will need to work closely with companies such as Molex that have been actively researching and developing innovative solutions.

This article was originally published on EE Times Europe.

Darryl Wilson is a technical market manager at Molex.