Xbox Cloud Gaming: How to play your favorite Xbox games on an iPhone, iPad and laptop

Cloud gaming may be the future, but the future isn't quite here yet. It is, however, one step closer now that many Xbox Game Pass games can be streamed to iPhones, iPads and Windows PCs. Following months of limited beta testing, Xbox Cloud Gaming arrived earlier this summer to all Xbox Game Pass Ultimate subscribers, though still in beta.

After this hands-on was originally published, Microsoft also announced that Xbox Cloud gaming was coming to Xbox Series X and Series S consoles, as well as the last-gen Xbox One. Why would you want to stream an Xbox game to your Xbox? First, Xbox One owners could play newer Xbox Series X|S games without getting a hard-to-find new console, and cloud streaming also means you don't have to set aside 40GB or more for each game to download and store locally.

Cloud gaming, or game streaming, is similar to watching a Netflix movie. The content lives on a remote server somewhere and is beamed to your screen in real time. Making cloud gaming harder to pull off than video streaming is the added complication of sending controller input (pressing buttons and moving analog sticks) up to the cloud, the game actions playing out on that remote server, then beaming the resulting video output back to your screen.

But just as few people still download full movies or hoard DVDs, eventually game discs will disappear (they're already on the way out) and even full game downloads may be replaced by streaming. With many games easily passing 50GB, that can save a lot of downloading time and storage space.

Here's how to get in on the cloud gaming action, and what you need to know about it. 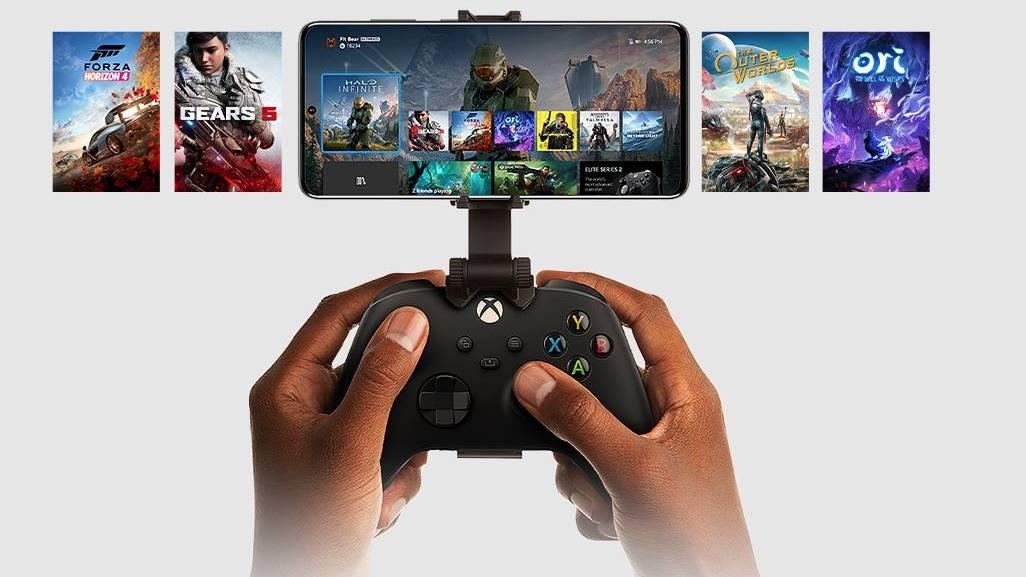 You need a premium membership

Navigate to xbox.com/play, and sign into your Microsoft account if you're not already logged in. Xbox Cloud Gaming is supported in Chrome and Edge on Windows devices, or Safari on iPhones and iPads. Game Pass Ultimate is the $15-a-month subscription that includes an all-you-can-play lineup of 100-plus games on both Xbox and PC.

Some, but not all, Game Pass games are included

This is only for a subset of a subset of your Xbox library. Games I've bought and downloaded individually, from Cyberpunk 2077 to Assassin's Creed Valhalla, are not included, only games from the Game Pass library. That library adds and removes games on a regular basis and not every Game Pass game is there, but a good number are. I've seen Outriders, Gears 5 and Doom Eternal, plus smaller indie games such as Subnautica and Outer Wilds.

It's a pretty clever idea. Some games include generic gamepad controls overlaid right onto the screen. Others add game-specific buttons. I found it worked best for games where split-second timing wasn't essential.

Over the years, on-screen game controls on phones and tablets have gotten pretty sophisticated. This feels much more rudimentary, and frankly not that responsive. But it's an idea with a lot of promise. For example, playing Pillars of Eternity II: Deadfire on my iPad with on-screen controls is exactly the kind of deep iPad RPG experience I've always wanted.

Macs aren't officially invited, but they might still sneak in

Microsoft describes Xbox Cloud Gaming as "for Windows 10 PCs and Apple phones and tablets." Notice what's missing there? MacBooks and Mac desktops. Naturally, I tried it on a Mac. Chrome was never able to launch a game, as it refused to recognize my controller. I had better luck with Safari, but it was still inconsistent. Performance also felt choppier than on one of the officially supported platforms.

It's not time to toss your console yet

While it's great to see more games available in more places, testing the Xbox Cloud Gaming beta also reminded me that we're not quite there yet on game streaming. On both iPads and PCs, performance was often stuttery and slow, the visuals would break up into digital noise and my controller inputs felt thrown off by too much delay. Even with a solid internet connection, the experience varied wildly. The most disappointing thing is just how much loading screen wait time there was within games. It often felt slower to load game levels than playing locally.

In other words, the same problems you can have with GeForce Now, Stadia or other cloud gaming services. At their best, you can forget you're not playing on a gaming PC or console. But the consistency of experience isn't there yet, especially for twitch-based games like first-person shooters or competitive esports games.