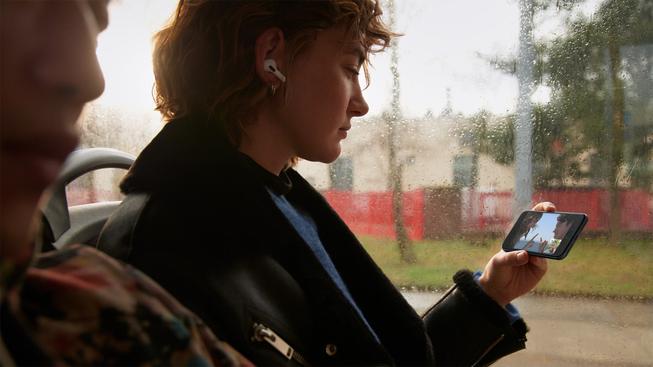 What the iPhone SE really needs to stand out

Apple unveiled the refreshed iPhone SE last week. In all truth, though, “refresh” is a pretty strong word. Apple replaced the A13 chip in the 2020 iPhone SE with the latest A15, the same found in the iPhone 13 series. The new model also comes with 5G, a bigger battery, and “the toughest glass in a smartphone.” That last one is typical Apple lingo for being vague and hard to verify.

On paper, those are some sizable updates. And yet, the new iPhone SE feels underwhelming. That’s because, despite all of these improvements, the iPhone SE just looks like an older phone. That’s because it is. The iPhone SE line has always come in an older chassis. Part of this is likely to keep costs down by repurposing unused models, and it creates a clear distinction between the “cheap” and “premium” iPhone models.

Apple’s ultimate goal is to create an affordable iPhone ideal for kids, seniors, or anyone on a budget. To get to the $400-ish price point, compromises like the older design have to be made.

But what if Apple is making the wrong compromises? What if there was a way to create a budget iPhone model that didn’t cannibalize Apple’s other iPhone sales? Let’s look at some things Apple could do to create a modern yet budget-conscious device.

Get rid of the home button

The first thing Apple should do is ditch the home button. The ultimate reason for doing so is to remove the chin and top bezel to make room for an edge-to-edge display. That’s common practice on most modern smartphones, but we will talk more about the display in the next sectiom.

The most common defense for the home button is it is simpler for seniors to use. However, the iPhone’s Adaptive Touch settings make a digital home button available, and the settings have all sorts of other features that make a smartphone more usable for older users who may struggle with technology.

That demographic who struggles is quickly fading, though. According to research done by AARP, smartphone adoption among seniors is higher than ever. In AARP’s own words:

And that was in 2020. Seniors are used to using smartphones now, and if they bought a phone in the past five years, it probably didn’t have a home button. It isn’t 2010 anymore, and smartphones are staples of everyday life, regardless of age.

The second (but far more important) reason to keep the home button around is security. The iPhone SE lacks FaceID, Apple’s current security feature in modern iPhones. In all likelihood, Apple probably couldn’t implement the feature and keep the cost of the phone around $400.

Luckily, the company has already created a solution. When Apple refreshed the iPad Air in 2020, it removed the home button and thinned down the bezels, yet it was still able to keep TouchID on the device. Apple accomplished this by building a smaller fingerprint sensor into the power button.

How difficult would it really be to implement the same feature into a new iPhone SE? Especially if it has the thicker industrial body of the modern iPhone/iPad lineup.

Use Liquid Retina display in a smaller form factor

We touched on adding a bezel-less display above, but we also need to talk about form factor. Apple CEO Tim Cook mentioned in the keynote at the recent Peek Performance event that the iPhone SE is for anyone looking for “a smaller iPhone with a great value.” But there are ways to accomplish that without having the home button.

For one, give the iPhone SE the same form factor as the iPhone 13 Mini. The iPhone 13 Mini is only a little bigger than the iPhone 5S and the original iPhone SE. However, because it has a bezel-less display, it packs in a whopping 5.4-inch display, while the preceding products topped out at four inches.

Combine that with the Liquid Retina display originally introduced in the iPhone XR, and you have a larger, more modern display with great pixels per inch, all in a smaller package.

Use an older chip

This is perhaps more important than the other two points above. Why doesn’t Apple simply put an older chip in the iPhone SE? It isn’t exactly a new idea. Apple’s entry-level iPad comes with an A13 processor, a two-year old chip when it was released. Before that, it was rocking the A10 (also two years old when the device launched).

One of the best things about Apple is the ongoing support for its older devices. The original iPhone SE was eligible for iOS 15, and that phone came out six years ago.

Even if the iPhone SE only gets four years of iOS updates, that’s still a heck of a deal and far ahead of most of the Android competition. That’s true when looking at the iPhone SE as a long-term investment and on a performance level.

What are we left with? Will anyone upgrade?

Let’s say, hypothetically, that Apple releases another iPhone SE next year. It could potentially have everything this year’s model got: 5G, better battery performance, and tougher Gorilla Glass. It would also have a bezel-less Liquid Retina display, and the same A15 processor.

Apple loses its selling point of having a flagship processor in the SE, but the A15 would still trounce any Android chipset at this price point.

And best of all (for Apple, that is), there are still plenty of reasons for people to buy more expensive iPhone models. It should reserve OLED displays, high refresh rates, and the most recent chipsets for the flagship devices.

What we are left with is an iPhone ecosystem that truly appeals to everyone. There would be tons of premium options and an iPhone SE that does exactly what it should: Provide an affordable entry into the modern iOS experience.