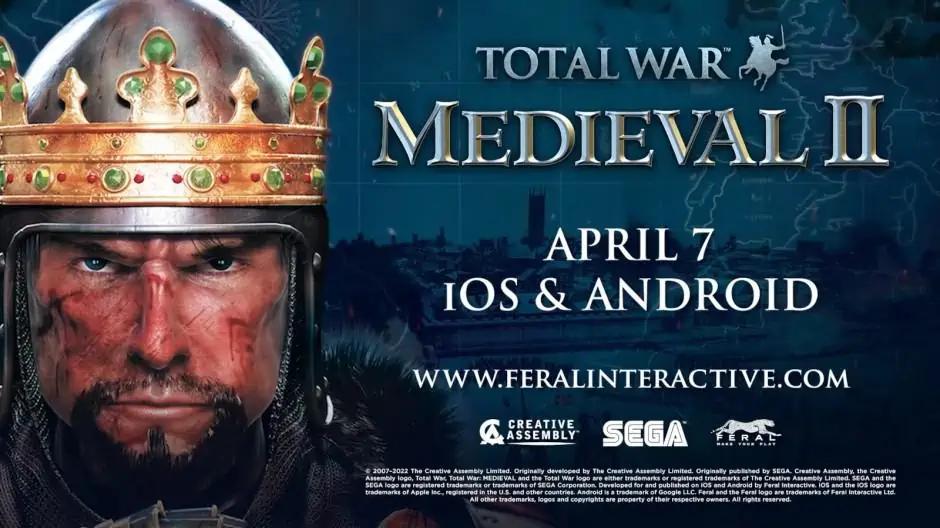 The mobile space is no stranger to battle strategy games, as there are a ton of them. According to Phone Arena, there’s a new one coming down the pipeline named Total War: Medieval II, and it promises to bring a high-octane and detailed battle experience.

The main objective of this game is to battle your way through the land and conquer different civilizations. While you’re doing so, you’ll need to use battle tactics and strategies to make it through the opposition. This involves building up an army, training it, and attacking other civilizations to forge your empire.

Total War: Medieval II takes place, of course, in Medieval times, so you’ll be building up an army of knights and archers to fight. Not only that, but you’ll also be erecting castles and building a kingdom.

This game is not only about the battling

While a good chunk of this game involves fighting and conquering, there’s also a political aspect to it. Firstly, you’ll need to balance the dynamic between church and state. You’ll go through and select which figures in your empire have the most control. You can assign different figures different attributes, and that’ll decide the direction your kingdom goes into.

Also, you can have weddings between different lineages and build noble families. Other than that, you’ll be managing the inner workings of your kingdom to keep everyone happy and thriving.

There’s a lot of variety

While you’re playing, you’ll have a large play area to conquer including North Africa, Europe, and the Middle East. That gives players a lot of room to spread their empire.

If you want to play this game, it will definitely cost some money. It’ll cost $14.99 to buy when it comes out for iOS and Android, but you won’t get any in-app purchases or ads in the game. It’s for pre-registration right now, so you can be notified when it launches. Click here to pre-register.

This post may contain affiliate links. See our privacy policy for more information.More Tech NewsThousands Of Tweets Removed Amid Russia-Ukraine ConflictTwitter just announced that it has removed or labeled more than 50,000 tweets that deal…By Hamid Ganji · March 17, 2022 Top 10 Best Strategy Games For Android – Updated March, 2022Strategy games aren't always the easiest games to play, and the best ones are sometimes…By Justin Diaz · March 17, 2022 How To See Your Liked Posts On InstagramInstagram is one of the most popular social media networks in the world. This app…By Kristijan Lucic · March 17, 2022 Arthur BrownWriter

Arthur has been a tech journalist ever since 2013, having written for multiple sites. He really got into tech when he got his first tablet, the Archos 5, back in 2011. From there, he gathered more and more gadgets to add to his collection. Along with tech, he is also a musician. He's been playing the piano and writing music for more than 15 years. He continues to write music for video games and film.