AT&T is holding back some of its 5G prowess for later this year, but the new iPhone SE will not work on AT&T's upcoming 3.45GHz 5G network, the carrier confirmed to PCMag.

The iPhone SE will still cruise along on AT&T's network. It will get all of AT&T's 4G frequencies, and it will show a 5G or 5GE indicator sometimes, although those will generally signify 4G levels of performance.

But unlike T-Mobile and Verizon, AT&T is relying on 40MHz of new 3.45GHz airwaves to further accelerate its systems later this year. That spectrum, also called "Andromeda" spectrum, is difficult to tease out of spec sheets because it doesn't have its own frequency band designation. I like the term Andromeda for that reason—because it doesn't have its own band number, and "3.45GHz" doesn't exactly roll off the tongue.

Users of the new iPhone SE will get sped up by AT&T's 40MHz of C-band airwaves in 46 US regions when AT&T launches more of that later this year. (Verizon has 60MHz in those same regions.) But the Andromeda spectrum doesn't have regional restrictions, so it's available in places like Atlanta and Denver where C-band is currently restricted until 2024. 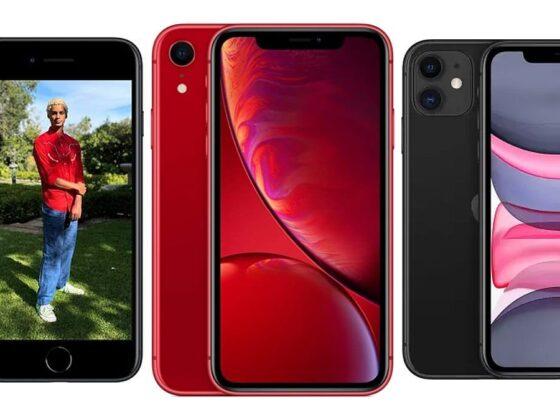 With Andromeda, AT&T could get a real performance advantage over Verizon in locations where the carriers aren't yet allowed to use C-band. It would make AT&T's faster "5G+" truly nationwide.

But at the moment, the Galaxy S22 series looks like the only set of phones to support Andromeda, although two upcoming Motorola phones might in the future.

The iPhone SE lacks some other high-end network features as well. It doesn't have millimeter-wave 5G, which AT&T dubs "5G+" and has mostly in stadiums and airports. It also only has 2x2 MIMO rather than 4x4, the latter of which improves signal quality all around.

As AT&T hasn't rolled out much C-band or any Andromeda spectrum yet, it's hard to say how much this will end up mattering to consumers. But if you want the absolute best AT&T performance on your iPhone, you should probably wait for the iPhone 14 to come out this fall.