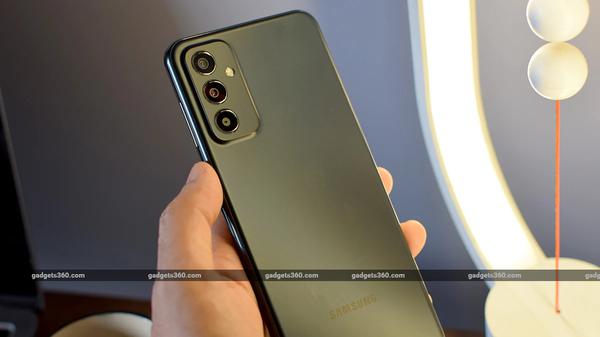 The Great Indian 5G Phone Heist? Two Years Of Paying For 5G Phones, With No 5G Around

By Akriti Rana and Nimish Dubey

If you enjoyed the twists and turns unfold in Netflix’s popular series Money Heist or if you are a fan in general of watching a scam unfold right in front of your eyes, we could have a real life, live scam happening in the Indian tech scenario for you. Sounds scandalous? You bet it is. And this networkgate might have been happening right under our noses for about two years now.

We are talking of what could be called the Great Indian 5G Phone Heist.

It all started back in early 2020 when a sudden 5G hype wave engulfed the tech scene in India. Back then the network was slowly making its way in the international market but the sounds of its arriving footsteps could be heard very clearly all the way here in India. The network started making a lot of buzz and before you knew it, a race between brands got flagged off. Suddenly every smartphone manufacturer wanted to be the first one to bring the 5G network to their smartphone in the country. It was a very close call between iQoo and Realme with both brands launching 5G smartphones within days of each other in early 2020.

The year progressed, and so did the 5G craze among smartphone manufacturers. Before you knew it, brands started ‘committing’ to a 5G future that simply meant delivering devices that came with 5G support. This list was led quite militantly by OnePlus, which promised that it would only be launching 5G smartphones in the country and most of the other brands decided to make their flagship phones 5G soldiers as well.

This feature trend was followed not only by smartphone manufacturers but also chipset makers who seemed to have decided to simply bid adieu to flagship 4G processors. Mind you, the network had still not arrived in India, but it was expected "shortly in the future", as per marketing spiel.

Supporting a forthcoming, speedy network sounds like a step forward towards the future, right? Well, that is what it seemed like in the beginning. Yes, it was not yet available in India, but 5G support was a feature that was more about making your flagship phones future-proof and ticking an important spec box on your premium device. Even though this did not add any real performance value to your device — because hey, there were no 5G networks in the country.

A massive development at this stage was the decision of mobile processor manufacturers to make almost all their flagship processors 5G compatible, and seemingly leave 4G out in the cold. The problem with this decision was that these 5G-friendly chips cost much more than their 4G counterparts. So if you wanted a flagship phone in 2020, you had no option but to go for a 5G phone, because with flagship processors, came 5G support. Even if the network did not exist in the country.

It also meant if you did not care about 5G and wanted a flagship phone (and there were many folks who were like this), you simply did not have any choice but to buy a flagship phone with 5G from most brands. We would not have minded this added feature had it not come with an increased price tag. What's more, this heftier price tag came with a feature that one could not actually use.

Having this additional feature on a flagship phone still seemed somewhat sensible considering most people buy flagship phones to get the latest and the greatest specs and let’s face it 5G was the latest. But even by this time, it was becoming clear that consumers were being pushed into the 5G corner, whether they liked it or not.

There were hardly any good 4G flagships in the market as 2020 drew to a close. Oh, and 5G had STILL not come to India, so everyone who had purchased a 5G phone in early 2020 had shelled out extra cash for a feature that did not work.

Like all new, hyped features that first make an appearance on premium phones, 5G also slowly started to creep in into mid-segment phones towards the end of 2020. And by the start of 2021 the 5G fever started soaring well beyond flagship devices. Suddenly, 5G became the ‘it’ feature to have even in the mid-segment. Brands not only positioned it as a USP to sell their smartphones, but it also became a parameter on which all non-5G phones were painted inferior. All of sudden it was a ‘con’ to not have 5G on board.

All this while, 5G had not even knocked on the Indian tech door, let alone entered it. Even the auctions for the spectrum had not taken place. The brands who had predicted that 5G was coming "shortly in the future" continued saying so, even though there was no real sign of the network. 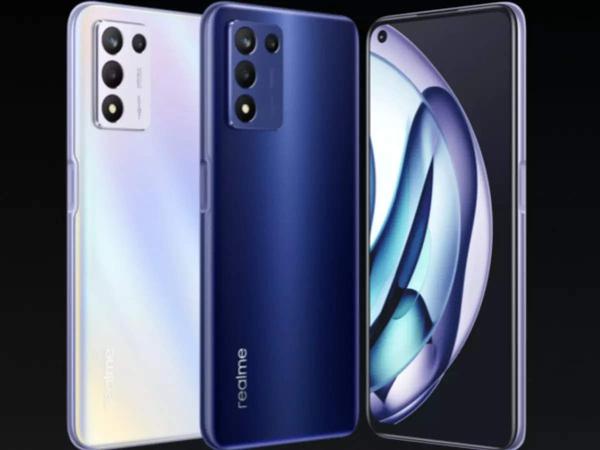 What's worse, just like in the premium segment, chip manufacturers started to focus more on processors with 5G support. And just as in the case of 5G flagship processors, these were also more expensive than their 4G counterparts. What happened with 5G in the premium segment in 2020 now started being played out at lower price points in 2021.

There were some brands who stuck to their 4G roots for a while, but eventually they had to give in to the 5G force because there were very few new 4G chipsets being made in the market. So even if smartphone manufacturers wanted to develop a cutting edge, new-age 4G phone, it was simply not possible. Processor manufacturers did not seem that interested in creating new, significantly powerful (and lower priced) 4G processors.

The interesting part was that even those with 5G phones were not assured of being able to use the network even when it came to the country. This was because the 5G network comprised a number of bands, and no one knew which operator would support which 5G bands. So you could have a 5G phone but not be able to use the 5G feature on it, if your operator did not support the bands on your phone - something many users of Reliance Jio had discovered in 2016 when their 4G phones would not work with Reliance's network. Support for more 5G bands could be added, but this increased costs and phone prices. Aprice increase for a feature that was not available.

ALSO READ | MWC 2022: 7 Products That Stood Out From The Crowd In Barcelona

The problem for many phone manufacturers in the mid-segment, however, was that unlike in the flagship and premium phone segments, even slight changes of price could hit sales adversely as audiences were far more price-sensitive. As a result, a number of 5G smartphones in the mid-segment began to appear with compromised specifications — you would get 5G, but the display and cameras might not be as good as their 4G counterparts, or maybe the battery would not charge as fast.

As 2021 ended, the mid-segment had been divided into two sections — phones with new and powerful processors and 5G but with compromised features, and better-featured phones with no 5G and slightly older processors.

Meanwhile, 5G had STILL not become available in India. People were often being made to pay for something that did not exist. A bit like being sold a car that you could not take out of the garage because the key to the lock on the garage door was not available. It would soon be available, but until then, you had no choice but to keep your car locked inside.

Spare a thought for those who had jumped on to the 5G wagon in 2020 itself. Phone brands and chipset manufacturers had basically shoved an unusable feature down Indian users’ throats in the name of making smartphones ‘future-proof'. Almost two years into the 5G hype cycle, the "future" that 5G phoneshad been "proofed" against had still not turned up.

In 2022, 5G phones have become even more prevalent and visible in the Indian smartphone market. 4G phones have not gone extinct but they are certainly deemed inferior in many regards and seen as not being future-proof. However, this perception is deeply flawed. 4G might not be as quick or as powerful as 5G but it is definitely not going away. Most analysts predict that both 4G and 5G networks will in fact exist side by side in the coming years.

The math is simple — even after 5G does come to India, more than half the mobile phone subscribers in the country are likely to be still using 4G. No matter what the smartphone brands and their hype machinery tells you, 4G is nowhere near dead.

ALSO READ | Does Phone Size Matter? Why Small Phones Are Failing To Make It Big

Although India has not officially come face to face with 5G as of yet, many in the country have been forced to pay for this ‘added’ feature on their smartphones for almost two years now. Two years is a very long time in the tech world. A period in which mostphones get updated twice. For the last two years, we have had to pay for a feature that simply does nothing on our smartphone except for making us feel ‘secure’ about not getting outdated.

Indian consumers have now been promised that 5G will come to the country by the end of 2022, but this does not mean that the network will be rolled out to all 5G supporting phones in all regions. The rollout will take time, and as we pointed out earlier, many with 5G phones might discover that the 5G bands of their phones and their network provider do not say "hello" to each other.

Even with all the hype and attempts to diss 4G as an inferior and slow network, evidence suggests that it would still boss the telecom waves for a while. Unfortunately, judging by the way things are going, users might not have the option to buy a flagship or even a good mid-segment 4G phone and will continue to get robbed in the name of getting future-ready, even if they are not 5G subscribers or do not want to be 5G subscribers.

5G is an expensive network. Many brands riding the 5G wave are laughing their way to the bank, while consumers shell out hard-earned money for a feature they cannot use, even if they want to. What's more, they have no viable alternative.

It could well be the Great Indian 5G Phone Heist.