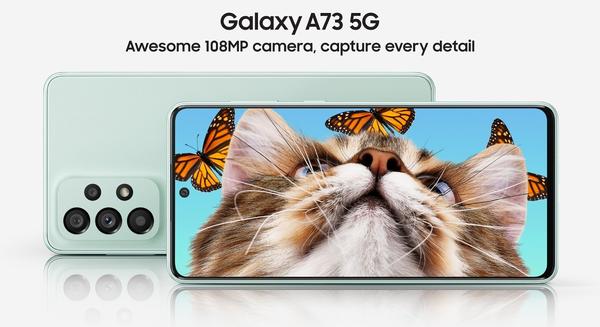 Alongside its Galaxy A53 5G and A33 5G, Samsung also snuck out an announcement for the Galaxy A73 5G, a new top-tier phone in the midrange A-series with a high resolution 108-megapixel camera. According to the company’s press release, the Galaxy A73 5G will be available in “select markets” from April 22nd, at a price that’s yet to be announced. 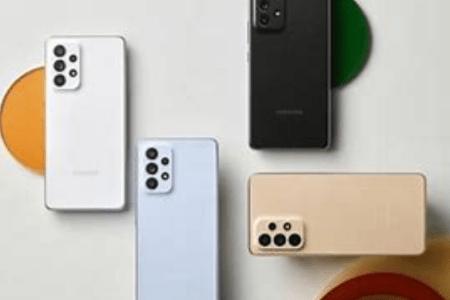 Although the A73 also features a slightly bigger 6.7-inch display than the A53’s 6.5-inch panel, the big spec bump here appears to be its camera. At 108-megapixels, it’s one of the highest resolution phone cameras around. It outstrips the Galaxy A53, which only has a 64-megapixel main camera, and is the same as what Samsung has included on its flagship Galaxy S22 Ultra. High megapixel counts aren’t the be-all-and-end-all when it comes to phone cameras, but 108-megapixel sensors are far from a gimmick.

The 108-megapixel sensor is one of four cameras on the rear of the Galaxy A73, which also includes a 12-megapixel ultra-wide, a 5-megapixel depth sensor, and a 5-megapixel macro. It’s a shame that the A72’s 8-megapixel telephoto hasn’t made the cut; it’s been ditched along with the A72’s 3.5mm headphone jack. Samsung’s product page for the Galaxy A73 5G doesn’t mention what processor it’s using (it’s listed simply as “Octa-Core (2.4GHz, 1.8GHz)”), but SamMobile reports it’s a Snapdragon 778G.

Other specs include a 5,000mAh battery with 25W fast charging (though there’s no charging brick in the box), a choice of 6GB or 8GB of RAM and 128GB or 256GB of storage, an IP67 rating for dust and water resistance, and a microSD slot that’ll take cards with a capacity of up to 1TB.

Depending on its price, that could make the Galaxy A73 a very appealing prospect. But there’s currently no sign of it launching in the US, where Samsung is currently only committing to releasing its new Galaxy A53 5G.