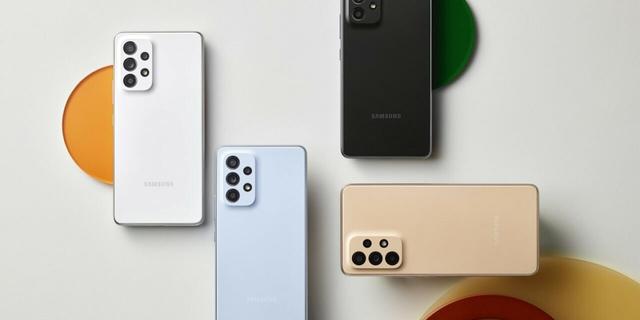 The Galaxy A-Series are a good seller for Samsung, offering a large display with smooth scrolling thanks to impressive refresh rate, as well as long lasting battery life, security and an excellent experience wrapped up in a stylish design.

The new Galaxy A-series phones are running the latest Android 12 with Samsung’s OneUI 4.1 on-board, with Samsung promising ‘four generations of One UI and Android OS upgrades and up to five years of security updates’.

The flagship of the 2022 A-Series offers a large 6.7-inch Super AMOLED+ Infinity-O display with a 120Hz refresh rate and a punch hole notch fo the 32MP front-facing camera. The Galaxy A73 also includes a quad-camera array on the rear consisting of a 108MP Main camera, with a 12MP Ultra-Wide, as well as 5MP Macro and 5MP depth sensor as well.

The phone comes with an IP67 water/dustr resistance rating and is powered by an octa-core processor with 6GB of RAM and 128GB of on-board storage (with microSD card expansion).

There’s a 5,000mAh battery on-board which should see you through the day, though it supports 25W Super Fast Charging if you need a quick top up at the end of the day.

TheGalaxy A53 is the headliner for the A-Series launch this year, with Garry McGregor, VP:IT & Mobile at Samsung Electronics Australia describing the A53 priced at $699 as ‘pound for pound one of the best mid-tier devices on the market‘.

There’s a lot to like about the Galaxy A53, which will be offered in both Awesome Black and Awesome Blue colour options and a durable body with an IP67 rating.

Samsung is also offering an octa-core processor on the Galaxy A53 5G with 6GB RAM and 128GB of on-board storage which can be expanded with a microSD card. 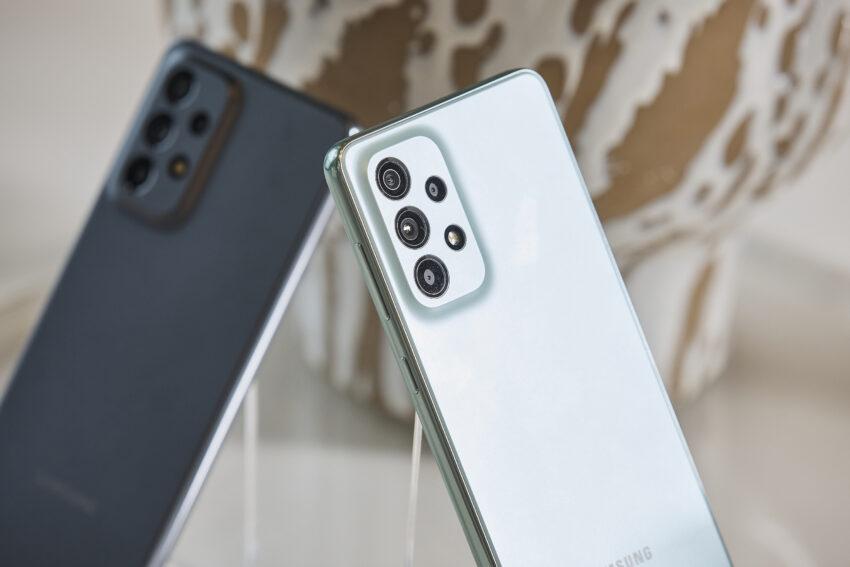 The Galaxy A53 will be the first A-Series to arrive in Australia, with the phone arriving on April 1st with pre-orders going live today including a special pre-order bonus.

Also announced is the Galaxy A33, another 5G enabled handset in the A-Series. The handset is priced at just $599 and offers many of the features from the higher-end units for a slightly cheaper price.

For $599 you’ll get a 6.4-inch Super AMOLED Infinity-U Display with a 90Hz refresh rate. It’s also powered by an octa-core processor and just like the higher end models it includes 6GB of RAM and 128GB storage. There’s also a 5,000mAh battery on-board with 25W Super Fast Charging supported.

Samsung hasn’t skimped on the camera for the A53 5G, with a 13MP front-facing camera nestled into the tear-drop notch, while a quad-camera array featuring a 48MP main sensor, 8MP Ultra-Wide, 2MP Macro and 5MP depth sensing camera is on the rear.

Again Samsung has included a 5,000mAh battery with support for 25W Super Fast Charging for a quick top up.

Moving to 4G enabled phones, Samsung will bring the Galaxy A13 4G and Galaxy A23 4G to Australia from the 1st of April for $329 and $399 respectively.

The Galaxy A13 4G and Galaxy A23 4G both include a 6.6-inch TFT V-Cut Display, with an octa-core processor, 4GB RAM and 128GB of on-board storage included in both phones.

The similarities don’t stop there, with both the A13 4G and A23 4G both including a 50MP main camera sensor, 5MP Ultra Wide, 2MP Macro and 2MP Depth sensing camera. There’s also an 8MP front-facing camera nestled into the V-Cut notch in the display.

Samsung has included a 5,000mAh battery in the Galaxy A13 and A23, just the same as the 5G models, with support for 25W Super Fast Charging also included.

The Galaxy A-series phones have begun to be almost as hotly anticipated as their S-series siblings and we can’t wait to get our hands on them to try them out.