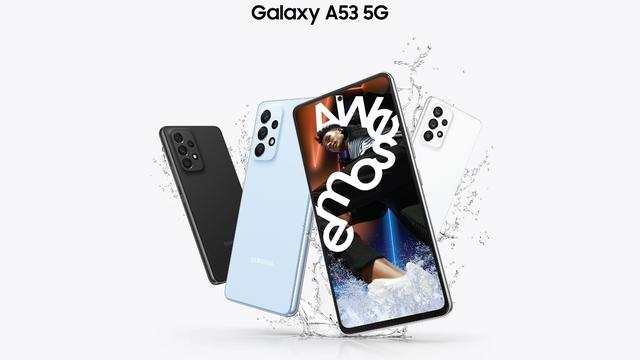 Samsung announces Galaxy A53 5G and A33 5G, its “best buy” models in the mid-range area

Samsung has officially announced the two main models of the Galaxy A series in 2022: Galaxy A33 5G and Galaxy A53 5G.These will most likely be the company’s best buys for next year, offering a mix of performance, autonomy and high-performance cameras at an affordable price.Galaxy A are phones dedicated especially to young audiences, thus focusing on the features they use the most.

Galaxy A53 5G will replace last year’s A52s, considered one of the most balanced average mobile devices on the market.The design hasn’t changed much, the phone is still built around a 6.5 ”AMOLED screen with Full HD + resolution and 120 Hz refresh rate.It is made of glass, metal and plastic, with Gorilla Glass 5 above the display, a metal frame and a plastic cover, in four different shades: white, black, orange and blue.The phone is IP67 water and dust resistant.

Samsung has not communicated the processors it integrates in phones for some time and says that it uses an octa-core model at 2.4 GHz for high-performance cores and 2 GHz for efficient ones.It is possible that this is a new mid-range Exynos model.The phone comes with 6 or 8 GB of RAM and 128 or 256 GB of internal storage, but also offers a microSD slot for adding a card, something we haven’t seen in a few years on the company’s high-end phones.

Read:A SpaceX rocket will soon land on the moon 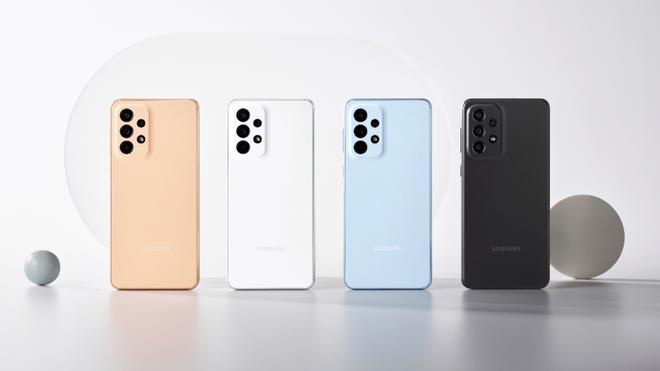 As the name suggests, the Galaxy A53 is a phone with 5G connectivity, which promises even two days of autonomy, thanks to the 5,000 mAh internal battery.The phone comes with OneUI 4.1, based on Android 12, just like the Galaxy S22 series.

Along with the Galaxy A53, Samsung also comes with the Galaxy A33 5G, a model that makes some compromises to achieve a lower price.First of all, it has a smaller screen, with a diagonal of 6.4 ”, but also with Super AMOLED Full HD + panel.The difference is the refresh rate, which is 90 Hz.And it should still provide a smoother user experience than 60 Hz phones.

Read:Vrancea starts digitalization in 2022: Tech generation launches the first scholarship program in 2022 and prepares young people from Vrancea for the jobs of the future

The processor is the same enigmatic octa-core at 2.4 GHz, and the hardware configurations are identical 6 + 128 GB or 8 + 256 GB.Even the battery is the same, with a capacity of 5,000 mAh, and the water and dust resistance IP67 is preserved.

The two phones are quite similar to be recommended depending on your budget.The differences in this price level between the cameras or between 90 and 120 Hz are not very big, but there will certainly be small advantages in favor of the superior version.

We don’t have official prices for Romania yet, but the Galaxy A53 5G will be launched in local stores on April 1, entering pre-order from today.The Galaxy A33 5G model will not be available in stores until April 22nd.