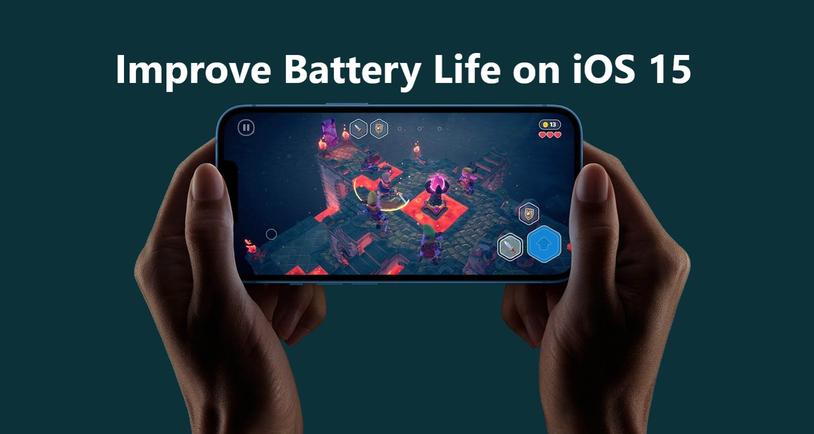 It’s a tale as old as time. Apple releases a new iOS update and, before long, people notice that battery life on their iPhone is discernably worse. And with the recent release of iOS 15, that very scenario is playing out again. But rest assured, there’s no reason to worry just yet.

Battery life with iOS 15 is likely being impacted by a few things. For starters, it’s possible, if not downright probable, that the first incarnation of iOS 15 has a few bugs and performance glitches Apple needs to address. Second, Apple’s penchant for rolling out iOS updates that can run on older phones may also be part of the problem.

While it’s too early to tell if iOS 15 battery issues are widespread, people who are impacted are naturally taking to Twitter and Reddit to voice their displeasure. One user, for example, found that battery health on his iPhone instantly dropped from 96% to 93% after updating.

Another user on Twitter, meanwhile, said that his iPhone 12 Pro is only getting four hours of battery life after updating.

There’s no reason to panic just yet

If you notice battery drain on your iPhone with iOS 15, there’s no reason to panic just yet. As ZDNet points out, a new iOS update can temporarily impact battery life for a short while.

Installing a new OS on an iPhone triggers a lot of stuff to go on in the background, from indexing to recalibrating the battery, and this can go on for hours or even days. Not only does this consume power, but the battery recalibration can give the impression that the battery is draining more rapidly when in fact it isn’t.

Put simply, iOS 15 users should wait at least a week before reaching any sort of conclusion regarding battery life. Indeed, we’ve seen this scenario play out every year. A new iOS update arrives, people complain, and then those complaints start to disappear over the course of a few days.

Whether you’ve updated to iOS 15 or not, there are a few iPhone battery life tips to be aware of regardless.

For starters, you can always turn on Low Power Mode. This “temporarily reduces background activity like downloads and mail fetch until you can fully charge your iPhone.”

Low Power Mode can be turned on by going to Settings > Battery.

All the same, it’s not ideal to be in Low Power Mode all the time. To that end, another strategy to keep in mind is turning off Hey Siri. This can be done by going to Settings > Siri & Search and turn the “Listen for ‘Hey Siri'” switch off.

For years, iPhone users have said they’d rather have a device with more battery life, even if it meant having a slightly heavier or thicker device. With the iPhone 13, Apple finally listened.