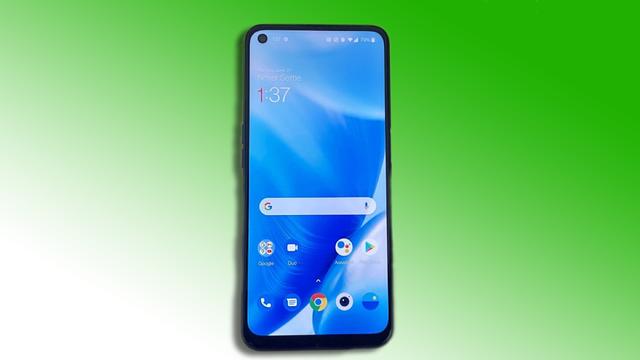 The answer to whether you should buy the $239 OnePlus Nord N200 5G depends a lot on who your wireless carrier is. If you’re on T-Mobile — and thanks to a generous trade-in offer and a carrier exclusive, you probably are if you’re considering the N200 — then this is a fine, basic device that will allow you to take advantage of the company’s good 5G network at a very low price. The N200 5G will only work on Verizon and AT&T’s 4G networks, however, so if you’re with either of those carriers, it’s not your best option.

Why does your carrier make such a difference? Verizon and AT&T’s 5G networks aren’t great at the moment, so using the N200 as a 4G-only device isn’t actually a big deal right now. But they’ll start getting much better over the next couple of years thanks to some newly acquired spectrum, and when that happens, being stuck on LTE could become a real drawback.

The N200 5G has a few things going for it aside from 5G connectivity, starting with a big 5,000mAh battery. It has a large 6.5-inch display with a faster refresh rate that’s one of the best available in this class. You’ll also get three years of security updates, which isn’t stellar, but is an improvement over the two years more common among sub-$300 phones.

On the downside, the camera system is basic. While overall phone performance is fine for day-to-day email and browsing, it’s a little slow with more processing-intensive tasks. And while you can get by on the 64GB of built-in storage, most people will need to add in the cost of a MicroSD card to their purchase for expanded storage space.

The N200 is an acceptable, inexpensive 5G device, and it’s even a relatively good deal as a 4G device at the moment. But your mobile carrier and your inclination toward keeping your phone for more than one or two years makes recommending the N200 5G complicated.

As far as screens on budget devices go, the N200 5G has one of the nicest out there. It’s a big 6.5-inch LCD panel with 1080p resolution, which is an upgrade from 720p that’s more typical in this class. It also stands out with a faster 90Hz refresh rate, making scrolling and animations look just a little smoother than usual. The screen is usable even in very bright, direct sunlight.

The N200’s battery life is very good, thanks to a big 5,000mAh cell. It also supports 18W charging with the included wired charger — not fast fast like OnePlus’ pricier devices, but good enough to take it from 12 percent to a full charge in about two hours. With moderate use I got two days out of the N200 before I dipped into low battery territory; a full day of heavy use should be no problem, and many will see it last well into the second day, if not longer.

The N200 uses a Snapdragon 480 5G processor, which is a relatively new chipset designed for budget 5G phones like this one. It’s coupled with 4GB of RAM and keeps up well in day-to-day use switching apps and scrolling social media. It doesn’t take a lot to push it outside of its comfort zone where you’ll notice slight hesitations and stuttering, especially with intensive tasks like zooming in and out of Google Maps and starting navigation. But considering the price, it feels appropriately equipped to provide usable daily performance over the next few years.

While you might be able to get by on the N200’s 64GB of built-in storage, it’s on the lower side and a healthy chunk of that is occupied by system files. Most people will need to add a MicroSD card for more space, so consider that extra $20 or so part of the overall cost of the phone unless you’re really frugal with your storage. 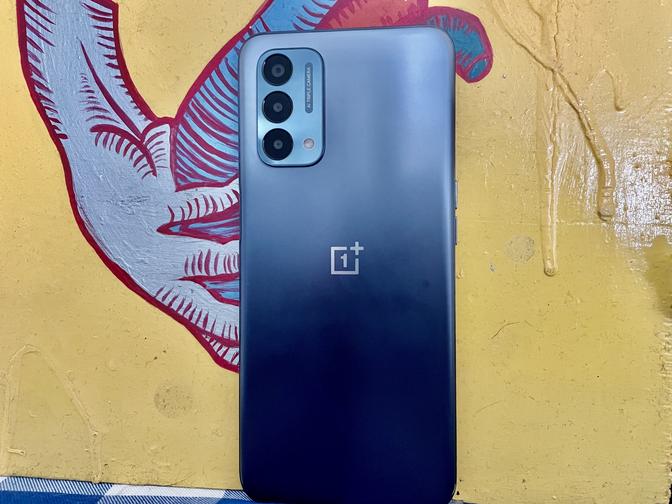 As noted above, the N200’s 5G connectivity works on T-Mobile, but on AT&T and Verizon the phone is 4G-only. It supports sub-6GHz 5G only — no super-fast mmWave, but that’s not a big deal since it’s hard to find and T-Mobile doesn’t offer much of it. There’s also no support for the C-band spectrum that will be put to use for 5G starting early next year, but that would be a bigger deal if the phone could use AT&T and Verizon 5G. It can’t, so it’s not. What you do get access to is T-Mobile’s 5G sub-6 5G network, which is good and has broad coverage, even if it’s not mind-bogglingly fast.

Android 11 is loaded on the N200 out of the box, and OnePlus says it will provide one more major OS platform update during the phone’s life span. It will also get the aforementioned three years of security update support, which is a better-than-average policy for a budget Android phone. OnePlus’ implementation of Android is less fussy than most and is mercifully low on clutter and pre-downloaded apps. It’s a grown-up-looking interface that’s about as close as you’ll get to a “pure” Android experience outside of Google’s own Pixel phones.

That 13-megapixel main camera will do fine for snapshots in good lighting, but it quickly reaches its limits with high-contrast scenes, like landscapes with deep shadows and bright highlights. Noise starts to creep into shots taken in moderate lighting conditions, like interiors, and dark scenes show a lot of smeared details and noise. Night mode works well enough to preserve a little more detail, but it’s only suitable for scenes without moving subjects.

The N200’s camera system may be more of a disappointment considering that the higher-tier Nord N10 5G’s 64-megapixel camera is surprisingly good. The N10 costs $60 more than the N200 (a full 25 percent higher) so it’s not a totally fair comparison, but I can’t help feeling that the N200 could have been a little better equipped. Pixel count isn’t everything, but in this case, a newer, higher-resolution sensor would probably have made a significant difference in detail retention and its handling of high-contrast scenes.

If you’re considering the OnePlus N200 5G because T-Mobile is offering you a good deal on one, then I think there’s a good argument for this phone. It doesn’t offer a lot in the way of nice extras and features, but you will get a good screen, long battery life, and a 5G device that should last a few years.

If you live in an area with poor T-Mobile 5G coverage, or you’re with another wireless carrier, then you’ll be better served by another option. You could save some money and go with the $179 4G-only N100, which offers a lot of the same features. The screen isn’t quite as detailed (720p vs. 1080p) but you still get that 90Hz refresh rate, big battery, and nice OnePlus user interface.

On the other hand, if you can spend a little more, then the $279 Samsung A32 5G is worth considering. The interface is more cluttered and its screen isn’t as nice with its 720p resolution and standard 60Hz refresh rate, but almost every other aspect of the device is meaningfully upgraded, from the camera to wider 5G compatibility to a stronger four-year security support policy.

All of that said, if you’re comfortable with the N200’s shortcomings and you’re tempted by a sweet deal from T-Mobile, I won’t be the one to stand in your way.

Photography by Allison Johnson / The Verge

Every smart device now requires you to agree to a series of terms and conditions before you can use it — contracts that no one actually reads. It’s impossible for us to read and analyze every single one of these agreements. But we started counting exactly how many times you have to hit “agree” to use devices when we review them since these are agreements most people don’t read and definitely can’t negotiate.

There are also a number of optional agreements that you need to get past during setup: