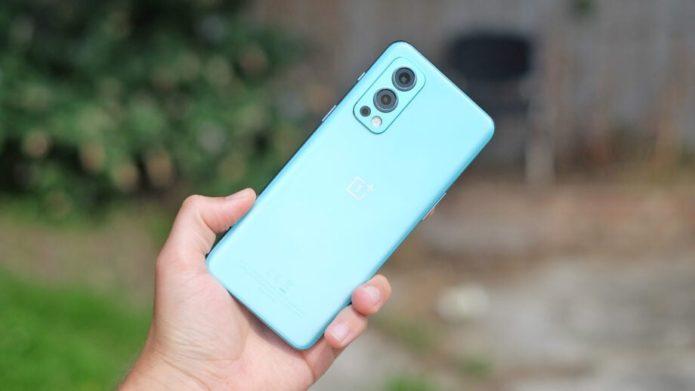 OnePlus calls its new Nord 2 the "flagship killer," and I get why. This phone has impressive specs, performs well and when paired with a reasonable starting price (£399 here in the UK), it's designed to offer everything you'd need from a phone without emptying your bank account. A powerful processor, a solid dual rear camera setup, 5G connectivity, super fast charging -- and it's not bad to look at either. The phone is now available for purchase for those living in continental Europe, the UK and India.

But no, it doesn't really "kill" any flagships. It's not as powerful as a "true" flagship like the iPhone 12 Pro Max or S21 Ultra, nor will its camera skills attract the world's most demanding photographers. The flagship that I feel is most at risk is OnePlus' own 9 series, which shares many features with the Nord 2, yet has a much higher starting price of £629 ($729).

I've spent a short amount of time with the Nord 2, and here are the five things I like most about it.

OnePlus has typically used Qualcomm's Snapdragon line of processors for its phones but it went with MediaTek's Dimensity 1200-AI chip for the Nord 2. You'll notice absolutely no difference in use -- it's the same as any other Android phone -- but you will notice that it's surprisingly powerful for the price. 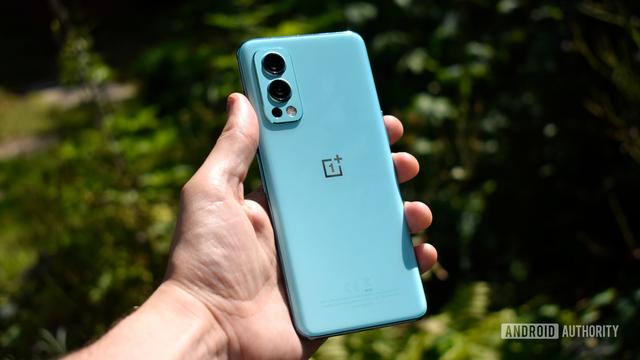 While it's not up there with the iPhone 12 Pro Max in terms of benchmarks, it did beat the Pixel 5 and wasn't far below the more expensive OnePlus 9. It's certainly powerful enough for gaming, photo editing and video streaming and navigating around the Android 11 interface is smooth and stutter free.

The Nord 2 runs Android 11 at its core, over which OnePlus has slapped its usual Oxygen software. I really like OnePlus's software as it's neat, easy to use and doesn't try and load the phone up with too many bundled services and bloatware. As a result, the phone remains nippy and trouble-free for longer.

It's particularly important on lower and midrange phones that might not cope as well with being bogged down by services. The result here is a phone with smooth performance that I expect to remain for some time to come.

OnePlus says it's guaranteed to get at least two years of Android upgrades -- so an update to Android 12 this fall and Android 13 next year is a given -- with an additional year of security updates after that.

The Nord 2 has the same 65-watt fast charging seen on the OnePlus 9 series and it's amazing. It'll take the phone from empty to full in about 30 minutes, which makes it amazing for giving it a quick boost before you head out from home. The 4,500-mAh battery should still give you a day of use from a charge, but when you can recharge so quickly, battery life becomes somewhat less of an issue.

Even better is that a 65-watt fast charger comes in the box, so you don't need to scour Amazon for one. What the phone doesn't have is wireless charging, but I don't see that as a particular problem.

The Nord 2's display measures 6.43 inches and boasts a resolution of 2,400x1,080 pixels, which is sufficient to make tiny text look nice and sharp. It's an AMOLED panel, making it extremely vibrant too: great for videos, photos or playing whatever colorful game is currently making the rounds on the Google Play Store.

It has a 90Hz refresh rate which is a touch lower than the 120Hz of the OnePlus 9 series, but I doubt you'd be able to tell any real difference in day-to-day use. It's silky smooth when scrolling around the interface, but you can also turn it down to a more regular 60Hz, which will apparently help save battery life.

We haven't done our full suite of camera tests yet, but what we've seen from the cameras so far looks good. The main sensor is a 50-megapixel affair -- the same one seen in the OnePlus 9's ultrawide camera. Outdoor images look well-exposed, with plenty of detail and natural-looking colors.

The 8-megapixel super-wide lens is noticeably less detailed, but it too seems capable of capturing good-looking outdoor images. There's an on-screen option for 2x zoom but there isn't a zoom lens, so that 2x is based on digitally cropping the shot. Results still look good, but it's worth keeping in mind that you won't get maximum quality doing this.

There's also technically a 2-megapixel monochrome sensor, which is totally pointless in my opinion as a photographer. If you want good-looking black and white images, use the regular camera and apps like Adobe Lightroom or Snapseed to have full control over converting to mono. Frankly, I feel OnePlus could have pulled this out and lopped another 20 quid or so off the price.