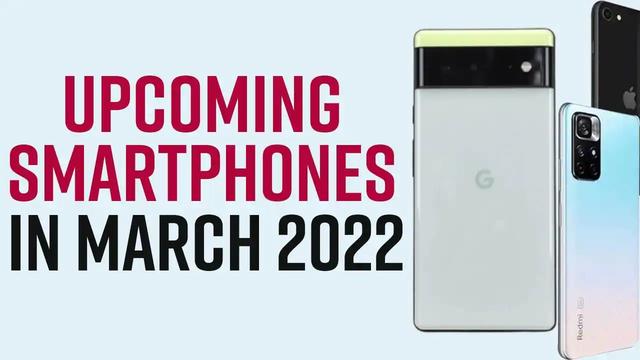 OnePlus 10 Pro to the Apple iPhone SE 3: Phones that are launching in March 2022

The OnePlus 10 Pro was launched in China earlier, but CEO Pete Lau recently confirmed that the phone will launch in Global markets including India by the end of March 2022, which is this month. The OnePlus 10 Pro is powered by the Snapdragon 8 Gen 1. It comes with Android 12-based OxygenOS 12 and a new Hasselblad camera setup comprising a 48MP main camera, a 50MP ultrawide and a 13MP telephoto camera.

There have been rumours of a new 5G-enabled iPhone SE launching in March this year. The iPhone SE 3, which some believe may also be called the iPhone SE 5G, is set to launch with the same iPhone SE 2020 design but with a new chipset powering the phone, likely the Apple A15 Bionic chip. Other details are not available right now, but the phone is expected to skip on the MagSafe tech that was introduced with Apple’s iPhone 13 series. 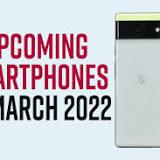 Google’s Pixel 6 and Pixel 6 Pro never made it to India, officially at least, but the brand is expected to launch a new A-series device in the country soon. A Google Pixel device with the model number GX7AS was recently spotted on the Bureau of Indian Standards (BIS) website. While it doesn’t have a name yet, the phone is expected to be the rumoured Pixel 6A, which is also expected to be powered by the same Tensor chipset.

Oppo’s Find X5 series also debuted recently in China, and was showcased at MWC 2022. The phone could be on its way to India this month. While the Find X5 Pro is powered by the Snapdragon 8 Gen 1, the Oppo Find X5 is powered by the Snapdragon 888 chip. Both devices are camera focused and the Find X5 Pro is set to feature a 50 MP main camera along with a 50 MP ultra-wide camera and a 13MP telephoto camera. The device is also expected to get a MediaTek Dimensity 9000 variant in some regions. An Oppo Find X5 Lite is also expected to cater to the upper mid-range segment.

Samsung is reportedly gearing up to launch a new M-series phone in India with the Galaxy M33. The M33 is expected to be powered by the Exynos 1200 chip and could feature a 6.5-inch FHD+ AMOLED display, a 64MP quad camera setup on the back and a large 6,000mAh battery. The phone is also expected to launch with Android 12 out of the box.