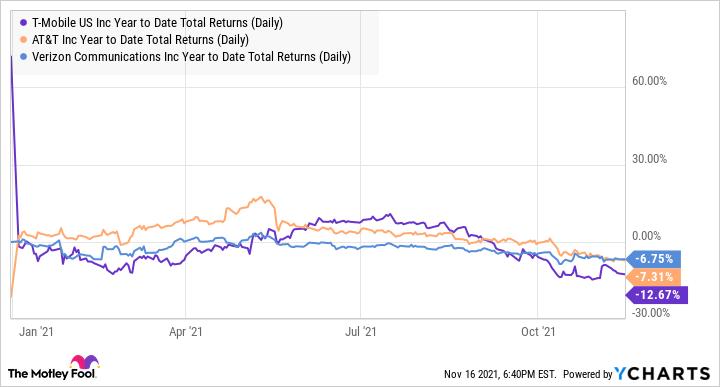 In recent months, the telecom sector has come under severe pressure. Investors seem to think that the market is now saturated with smartphone and broadband subscriptions, leaving the remaining telecom giants to fight over a smaller pie. Recent aggressive promotions from U.S. cellphone carriers have only boosted this fear.

Yet if there is a price war over market share, T-Mobile US seems well-positioned to be one of the winners. Thanks to its 2020 acquisition of Sprint and some savvy spectrum investments, T-Mobile has a two-year lead in 5G deployment. It just completed its nationwide rollout of mid-band spectrum, covering 200 million people, which will give T-Mobile customers speeds markedly higher than 4G. Competitors Verizon and AT&T won’t be able to match it for at least two years, and even then, T-Mobile believes it will have reached 300 million people with mid-band 5G by that time.

Though the stock was recently down roughly 20% from its 52-week high, T-Mobile’s management has remained confident about hitting its long-term targets, projecting a big increase in free cash flow in 2023 and beyond. The company also has a major network advantage in rural markets and a promising partnership with Walmart, which can sign up new subscribers at 2,300 of its stores. All together, these factors make T-Mobile an attractive candidate for long-term portfolios. (The Motley Fool has recommended T-Mobile US.)

From C.R. in Ann Arbor, Mich.:An insider at a company I’m invested in sold tens of thousands of shares. Who buys those?

The Fool responds:When company insiders — such as owners, top executives or directors — sell some of their shares, they often do so in the open market, where any investor can buy them. If there are many more shares for sale than there are interested buyers, the price will drop until it reaches a point at which buyers will buy.

It’s reasonable to pay attention to insider buying and selling for companies of interest, but don’t overdo it: Remember that at many businesses, bigwigs get a large portion of their compensation in the form of stock, so when they need or want cash, it’s common for them to sell some — or many — shares. Some degree of insider selling is routine and a nonevent, but insider buying is generally a good sign, as it suggests that people with the deepest knowledge of the company expect their shares to rise in value.

It’s worth finding out what portion of their total shares a given insider has sold — you can look up such information at sites such as FinViz.com/insidertrading.ashx.

From B.V. in Richmond, Calif:What are derivatives? 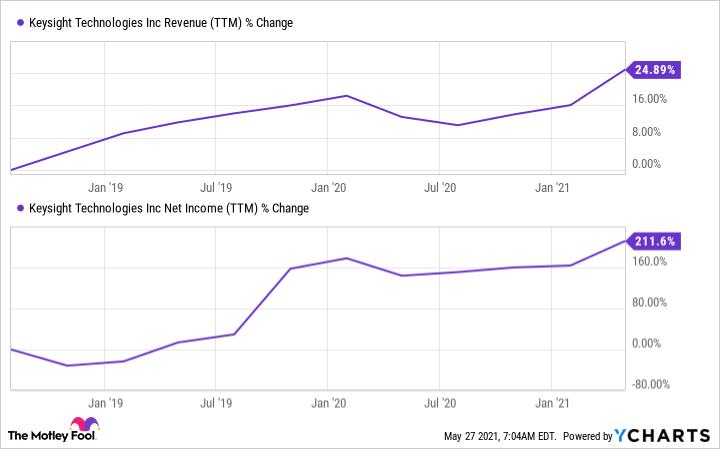 The Fool responds:They’re complex financial contracts whose value is derived from other assets or benchmarks, such as stocks, bonds, interest rates, market indexes, mortgages or currencies. They’re generally bought or sold by financial professionals to hedge risks or to gain access to particular markets. Common derivatives include futures and options.

Derivatives can be very risky and unsuitable for less experienced investors, in part because many are not regulated. Warren Buffett has called them “financial weapons of mass destruction.”

Stocks can be categorized in many ways, and different kinds of investors may prefer to focus on certain kinds of stocks. Here are some common types:

Some stocks can fit several of these descriptions — perhaps being a dividend-paying defensive stock, or a fast-growing value stock. It’s worth spending a little time figuring out what kind of investor you are, and what kinds of stocks suit you best.

From M.M., online:My partner and I got into residential rental real estate about a decade ago. We bought several properties at an annual tax auction, most of which we subjected to appropriate due diligence. One ended up turning a good profit when we sold it five years later; we roughly broke even, or expect to at least break even, on the rest. In aggregate, our annual return on these properties worked out to about 4%.

However, we bought one property sight unseen, doing only some online research the night before the auction — county records, Google Earth and Street View, etc. We were green and afraid of missing the opportunity. We won the bid at $21,000. When we drove by our new acquisition after leaving the auction, we discovered that a huge tree had fallen directly through the middle of the building, which was in imminent danger of collapse. It didn’t need a new roof — it needed to be torn down! We would have been better off if it had been a vacant lot. We sold it for a net loss of $16,000. We thank our lucky stars this lesson was so “cheap,” relatively speaking.

The Fool responds:If you’re savvy or lucky, you can make good money in real estate, but as you learned, it can be tricky. (Over long periods, the stock market has had much higher average annual returns than residential properties.)

I trace my roots back to 1847, when a 30-year-old German invented an improved electric telegraph and launched a telegraph construction company in Berlin. In the 1850s, I built much of the Russian state telegraph network. I introduced a profit-sharing plan for employees in 1858 and a pension in 1872. I laid multiple trans-Atlantic cables in the 1870s, and entered data processing in the 1950s. With a recent market value near $139 billion, I’m a technology giant serving customers in industry, infrastructure, transport and health care. I employ about 300,000 people worldwide and rake in around $70 billion annually. Who am I?