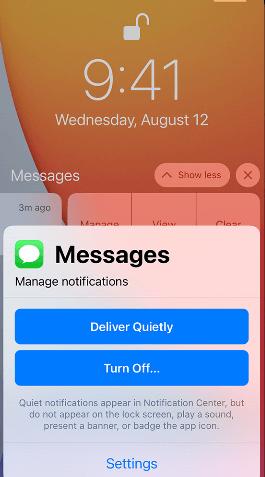 Missing iPhone texts and notifications are frustrating: These fixes could help

Apple's iOS 15 made a number of changes to how notifications work, allowing iPhone users to prioritize important alerts and make less important notifications less intrusive. They're certainly less intrusive: Over the past few months I've been wrestling with my iPhone's settings to even see when my friends message me on WhatsApp, Signal, Instagram and other apps. In one extreme case, a friend texted me on Signal on a Friday, and I didn't even notice their text until Monday when I opened up the app -- thankfully it was nothing pressing, but I was embarrassed.

I'm not alone in this frustration. Multiple threads on Reddit are focused on trying to bring notifications back, whether due to changes in how notifications behave when Do Not Disturb is on, how notifications won't appear unless you proactively enter an app and people having such a difficult time with iOS 15's Focus feature that they're finding it easier to use apps with similar notification controls.

Third-party app developers might not be able to control these systems either. WhatsApp has an FAQ page that specifically references the way Apple controls push notifications on the iPhone. While the issue appears to originate from WhatsApp, there's little the company can recommend apart from restoring the phone to factory settings and starting over.

These issues have the potential to come to a head during the busy holiday season, since family and friends will use whatever device and messaging service is most convenient to get in touch. Notifications are the way we keep up with chats, whether your friends and family prefer iMessage, WhatsApp, Facebook Messenger or any other number of texting and video chat apps.

So let's go over some of the biggest obstacles that currently affect notifications and applicable solutions where possible.

iOS 15's Focus mode is meant to be an evolution of Do Not Disturb. In addition to allowing users to select Do Not Disturb, which lets you silence notifications until it is turned off, it allows you to create situational profiles that are more custom tailored to your needs. For instance, I recently created a "Movies" focus that when enabled turns off notifications from all apps, phone calls and texts except for the RunPee app, which is a timer that sends a notification at the best times to leave a movie theater to take a restroom break. 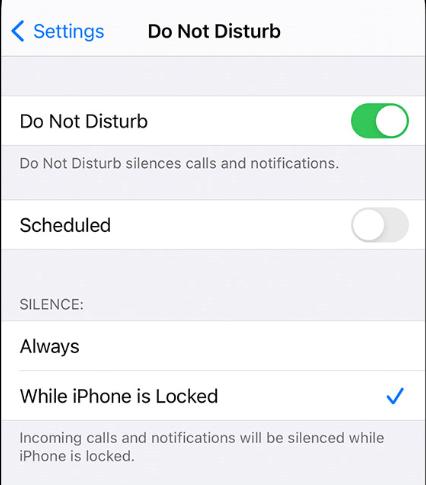 Focus, while well-intentioned, does however lead to an easy way to accidentally leave your phone in a state of not receiving notifications. Focus can also be enabled to be run across your various Apple devices, making it either convenient for silencing notifications for your needs or a liability if you only wanted to silence your phone but leave your iPad and Mac computers alone.

Accessing Focus for turning it on and off is fairly easy: You open Control Center by either scrolling down from the top-right corner of an iPhone with Face ID's display or scrolling up from the bottom of an iPhone with a home button's display. This should serve as a decent first start for figuring out whether Focus is the issue at fault.

If it appears like the issues are the Focus settings themselves, you'll need to drill down by going to the iPhone's Settings app, scrolling down to Focus and entering the menu for the specific Focus you need to adjust. For instance, I noticed my Sleep focus that begins to activate around 10:50 p.m. was causing me to miss texts and video calls from friends that I do enjoy talking to before bed -- but I didn't want to leave my phone open for anyone to ring that late at night. I adjusted the Sleep focus to allow calls from specific people that I am OK with reaching me after that time. It's not elegant as now that smaller list could potentially decide to wake me up to calls at 3 a.m., but for now it's the best system for me.

The way your notifications are delivered might also have been changed depending on your Focus settings. Instead of receiving notifications individually, your Focus may be collecting them together into a Summary. Tweaks to how that summary works can be found separately by going to Settings, Notifications and tapping Scheduled Summary to make tweaks or to turn the feature off.

Do Not Disturb's changes may disturb how you use your phone

The fix isn't quite clean as of yet. Like with the previous example I gave of adjusting the settings of an individual Focus, you can adjust how the Do Not Disturb Focus behaves. In addition to selecting people you can ring your phone, you can pick specific apps that are allowed to notify you when you have Do Not Disturb on. However, then the apps you choose will notify your phone at all times when Do Not Disturb is enabled, whether your phone display is on or off.

If this bothers you, you aren't alone. A fairly active Reddit thread on r/iOS has been communicating on exactly that issue and sharing tips for workarounds until something official is hopefully baked in at a later date.

A strange solution for getting notifications back

During my own wrangling through various Reddits and Apple support pages to get my notifications working for WhatsApp, Signal and Instagram, I found a strange solution that has at least worked for myself.

In Apple's Support forums, one person discovered that turning on and off the "Announce Notifications" feature could possibly fix your phone's notifications. To access it, you go to Settings, then Notifications, then Siri, then turn Announce Notifications on. The feature is normally for allowing Siri to read your notifications out loud, such as when you are driving. But instead of leaving it on, exit out of the Settings app, then re-enter it and turn it back off.

Somehow when I do those steps, apps that aren't notifying me resume again. It doesn't make sense, but I've now run through these steps twice when I noticed the problem has resumed, and it's fixed it each time.

I'll keep updating this article as I find more solutions for getting notifications back in iOS 15. If you have found any roadblocks that have stopped you from receiving notifications or solutions to getting them back, feel free to write them in the comments.