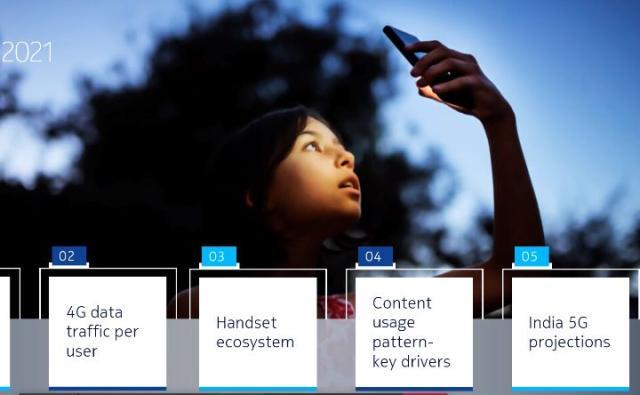 Nokia annual Mobile Broadband Index (MBiT) report 2022 reveals that with the Compounded Annual Growth Rate (CAGR) of 53 percent over the last five years, India has one of the highest data usage in the world.

The report revealed that more than 40 million subscribers were added or upgraded to 4G services in 2021. This number will further grow as adaptation to digitization continues to grow. Metros have shown a significant increase in traffic as compared to the previous years.

The ecosystem of 4G devices is driving the growth in 4G subscribers and data consumption. India has recorded the highest-ever shipment of more than 160 million smartphones, including 30 million 5G devices in 2021, with active 4G capable devices crossing 80 percent and the number of active 5G capable devices, crossing 10 million.

The report forecasts that user adoption will increase to ~60-75 percent of the smartphone user base by the calendar year 2025. The massive uptake of mobile broadband and video content is projected in the rural segment on the back of growing smartphone adoption. 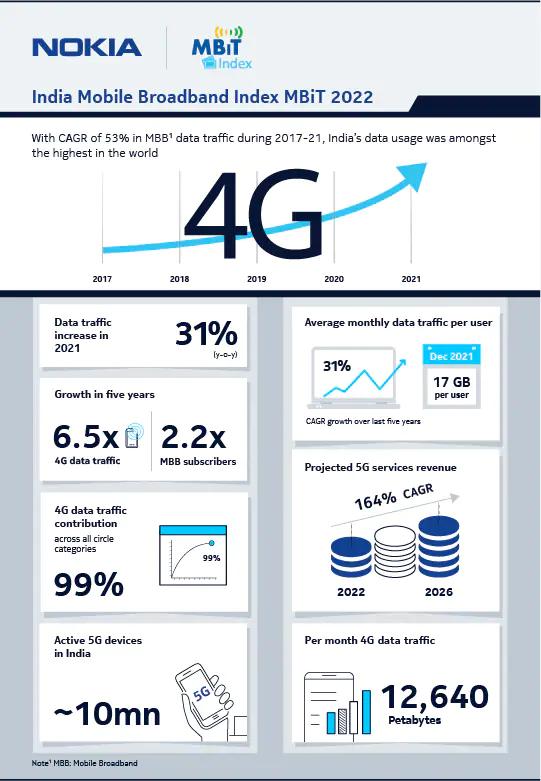 Nokia MBiT report projects that 5G services revenue is likely to grow at a CAGR of 164 percent in five years. The 5G technology is expected to contribute up to 1 percent of global GDP or $1.3 trillion in revenue by 2030, driven by innovative use cases in several sectors, including healthcare, utilities, next-generation media applications, manufacturing and smart cities.

Sanjay Malik, SVP & Head of India Market, at Nokia, said: “The upcoming 5G spectrum auction and the commercial launch of services later this year will help India bridge the digital divide and enable service providers to provide new and exciting use cases like Industry 4.0 and smart cities to fuel the digital economy.”

Other key findings of the Nokia MBiT 2022 report:

The shortform video segment can account for 20 percent of India’s digital ad market, estimated to reach $25-35 billion by the end of 2030.

Key 5G use cases in India will be in the domains of innovation, digitization and innovation