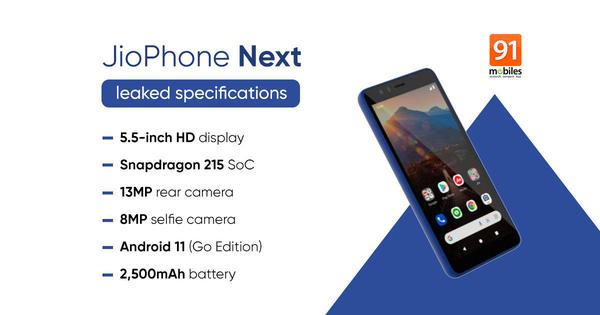 Jio Phone Next: when will it launch, what is the price, and more questions answered

Jio Phone Next release date in India, price, specifications, features, dual SIM support, and more are discussed ahead of the phone's sale.

Jio Phone Next India launch was scheduled for Friday, September 10th but the release has now been delayed. Jio and Google will now launch the 4G smartphone before Diwali due to the global semiconductor shortage. This is the latest phone from Reliance Industries and was announced at the 44th AGM back in June. Jio Phone Next price in India has been leaked but the company is yet to officially announce the phone’s pricing. While the Jio Phone and Jio Phone 2 were low-cost feature phones, the Jio Phone Next is a 4G smartphone co-developed by Google. Jio Phone specifications have also been leaked while key features were teased by the company during the AGM. Ahead of the JioPhone Next sale, here are five things you need to know about the device.

Also read: Airtel knows “how to deal with Jio Phone Next”, will not take the subsidy route: report

When will Jio Phone Next launch in India?

As mentioned earlier, the Jio Phone Next release date in India was supposed to be today i.e September 10th. However, Jio and Google will now launch the phone just before Diwali. The reason behind the delay is the global chip shortage, which has been affecting other smartphone brands as well. The new Jio Phone Next launch date in India is yet to be known. 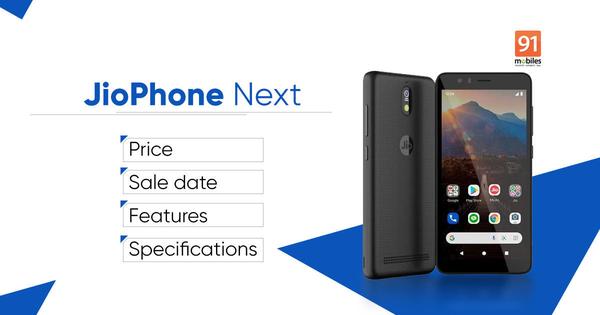 How much will Jio Phone Next cost?

Jio Phone Next price in India is tipped to be Rs 3,499. This could very well be true as the company is touting it to be one of the cheapest 4G phones in the world. In fact, we believe the Jio Phone Next could be effectively cheaper through bundled Jio plans. We will know the exact Jio Phone Next India price when the phone goes on sale tomorrow.

Will Jio Phone Next support other SIM cards?

Is Jio Phone Next a 5G smartphone?

What are Jio Phone Next specifications and features?

Jio Phone Next specs have not been officially revealed but there have been a few leaks on the same. According to reports, the Jio Phone Next features a 5.5-inch HD display with thick bezels on the top and bottom. The phone is powered by the Qualcomm 215 chipset, which is an entry-level processor that has powered a few Nokia phones in the past. The chipset will be paired with 2GB or 3GB RAM along with 16GB or 32GB internal storage.

The Jio 4G smartphone will run on Android 11 (Go edition), though it might look different as Google announced a special version of Android OS designed for the Jio Phone Next. As for the cameras, the Jio Phone Next will come with a 13MP primary rear camera and an 8MP front camera. The handset will pack a 2,500mAh battery, as per rumours.

Jio Phone Next features were revealed on stage at the AGM 2021. The handset comes with a voice assistant for hands-free operation, automatic read-aloud of screen text, and language translation. The Jio Phone Next also features a smart camera with augmented reality filters.

“Our teams have optimized a version of our Android OS, especially for this device. It will offer language and translation features, a great camera, and support for the latest Android updates. It is built for India and it will open up new possibilities for millions of new users who will experience the internet for the very first time. And we can’t wait to show you the device later this year,” said Sundar Pichai, Google CEO.